Woman finds dog lost for three years through beer can

Thanks to a beer can and social media, a woman from Minnesota, United States will soon be reunited with her dog.

Monica Mathis was looking through Facebook when she recognized a familiar face — that of her dog who had been lost for three years.

Motorworks Brewing in Manatee County, Florida had featured dogs for adoption on its beer cans in January.

One of those dogs was DayDay, but Mathis immediately knew it was her dog Hazel, ABC7 Sarasota reported on Jan. 31.

“I was really nervous. I was like shaking. I was crying. My husband was like ‘why are you crying?’ Because I think this is my dog!” she recalled.

Mathis said that Hazel was an “escape artist” and had gotten lost in Iowa. After failing to find her dog, she eventually moved back to Minnesota. She has no clue how Hazel got all the way to Florida.

Mathis quickly got in touch with Manatee County Animal Services, nervous that someone would adopt her long-lost pet. The animal shelter confirmed that the dog’s microchip had her first name, but that other information was not updated such as her last name and contact details, ABC Action News reported on Jan. 31.

She was also able to prove DayDay was Hazel with paperwork such as vet records and pictures.

Hazel will be brought to Minnesota with transportation paid by the Friends of Manatee County Animal Services. JB 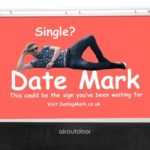 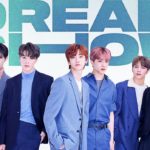