A malnourished dog got her forever home by accident after seeking shelter in a stranger’s house in Pennsylvania, USA.

Jack Jokinen was awakened by his wife at 4 a.m. on Dec. 14 when she found a wet puppy in their living room, The Dodo reported on Tuesday, Dec. 17. He was surprised at how it was able to enter because all windows and doors were shut. 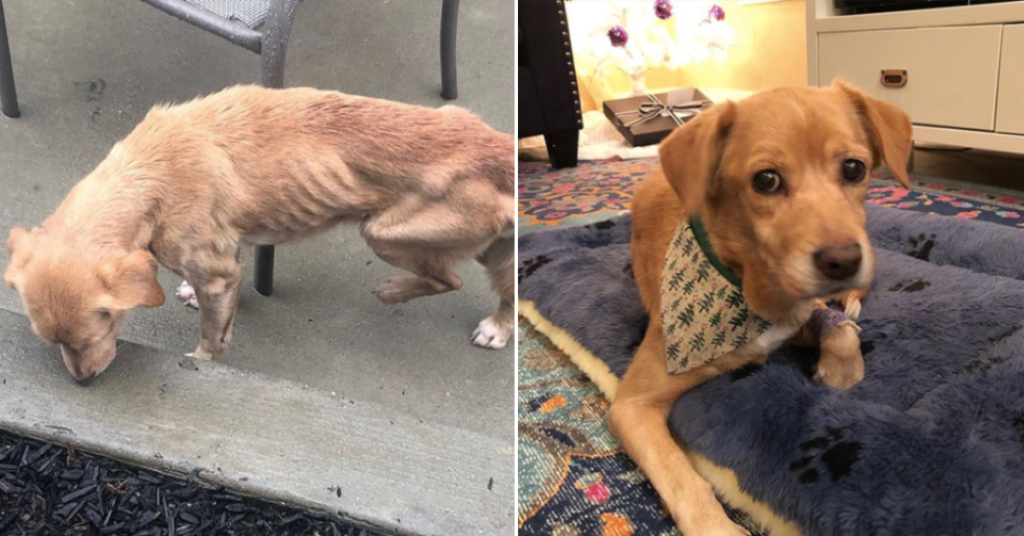 Emaciated Suzy (left) now has her own dog bed and a new home (right). Image: Instagram/@suzynpupman

Security footage told a different story. After Jokinen went through it, he found out that he had not shut the door properly after a walk with his 2-year-old son. He surmised that during the night, strong winds forced the door open.

Apparently my front door was WIDE open and he just walked in pic.twitter.com/okOkmcVZdr

At around 3 in the morning, the dog entered the home. Half an hour later, a neighbor passed by, saw the door open and locked it.

The stray dog appeared to be a Labrador puppy. Given her condition—emaciated and limping—Jokinen and his wife decided to take her to the vet rather than to animal control.

The vet’s visit led to the discovery that she was not a puppy, but a 9-year-old dog with health issues. She was covered in fleas, had bad teeth, could walk on only three legs and had missing pads on her paws due to an infection.

Vitals are decent, teeth are damaged, fleas, no vaccinations, pad missing on her feet. pic.twitter.com/tPzYsNBT3O

Jokinen and his wife already had quite a full house with two kids—including a 1-month-old baby—and one dog. But as Jokinen pointed out in his video on Saturday, Dec. 14, worse things could have happened by leaving a front door open, and they got a “sweet dog.”

The dog now has a name, Suzy, and her own social media accounts. After chronicling Suzy’s story on Twitter, Jokinen has been able to rack up donations of $15,000 for her medical expenses. He said in his video last Saturday that any extra money would go to a good cause.

As if that was not enough for a happy ending, the identity of the man who closed their front door also surfaced. It turned out to be neighbor Steve Griendling, who has also met Suzy.

For now, Suzy is enjoying all the freebies from the internet, like a cozy dog bed and a box full of treats.