You will find yourself entranced as teenage K-Pop Boy Group NCT DREAM takes over Manila during their latest concert tour.

Time to go all out, NCTzens! PULP Live World proudly announces yet another brilliant show for the first quarter of the year: NCT DREAM TOUR “THE DREAM SHOW” in MANILA. The show happens on February 29, 2020 at the New Frontier Theater.

NCT DREAM started out in 2016 as the third sub-unit of the globally recognized K-Pop Group NCT. The group has had a unique concept that follows an age-based graduation system where members graduate upon reaching the Korean age of 20. Currently, NCT DREAM has six ultra-talented boys namely Renjun, Jeno, Haechan, Chen Le, Jisung, and Jaemin, who are all set on keeping the relatively young and fresh vibe of the group alive. 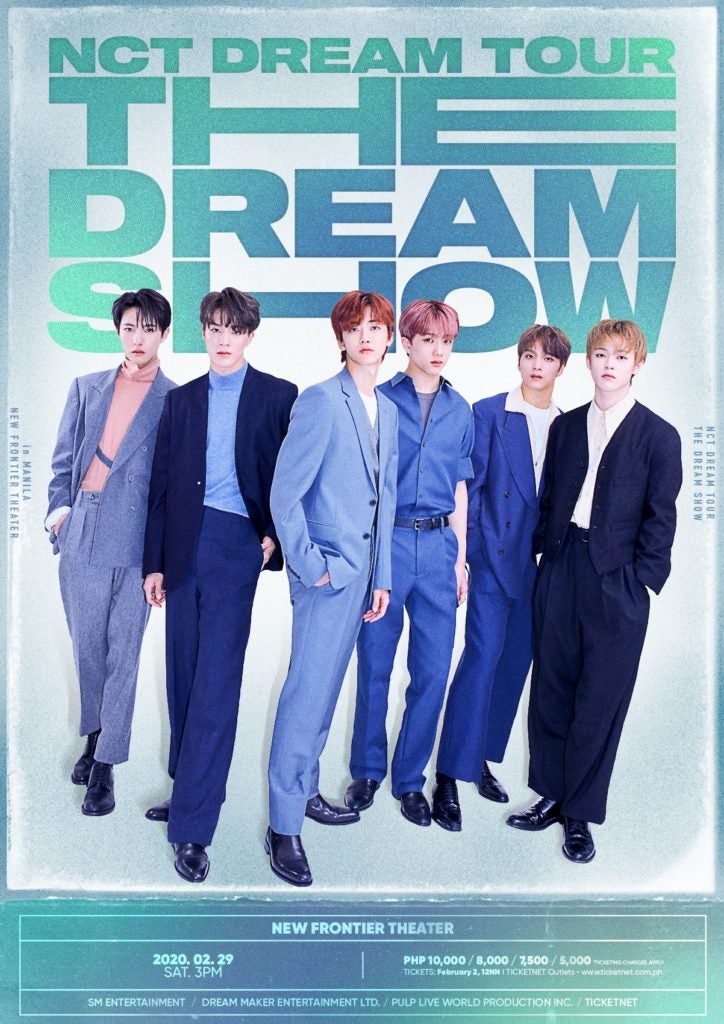 While NCT DREAM is composed of young gents, the group has proven that they have it in them to stand side by side other senior groups. Their debut track “Chewing Gum” shot to No. 2 of the Billboard World Digital Song Sales Chart. This was later on followed by their album, The First, which debuted at number 1 on the Gaon Music Chart. In August 2017, they successfully released their first EP, We Young, followed by a second EP, We Go Up, in September 2018. We Go Up entered Billboard’s World Albums Chart and Heatseekers Album Chart at number five and number seven, respectively. This has marked NCT DREAM’s best sales in the U.S. to date. Additionally, they were also the only K-Pop Group to be part of Billboard’s “21 Under 21 2018: Music’s Next Generation” list alongside widely distinguished Western artists.

Apart from the astounding sales and chart rankings that have made their fans proud of them throughout their beautifully unfolding career in the industry, NCT DREAM has also gained multiple awards and recognitions that can truly sum up their excellence as a group. In South Korea alone, they have collected various music awards since their debut up to the present year. They have been given the awards of Best Male Artist Group at the 25th Korean Entertainment Arts Awards, Hot Performance of the Year at the recently concluded 2020 Gaon Chart Music Awards, and the Disc Bonsang Award at the 2020 Golden Disc Awards for their latest album, We Boom, to name a few. Internationally, NCT DREAM was also named the Top Promising Group at the 2017 V Chart Awards held in China, and they have consistently entered Billboard charts with every new track release.

Now, NCT DREAM hopes to conquer the world stage with their upcoming tour. True to its title, “THE DREAM SHOW” manifests the passionate goal of this group to show what they are capable of beyond their youth. 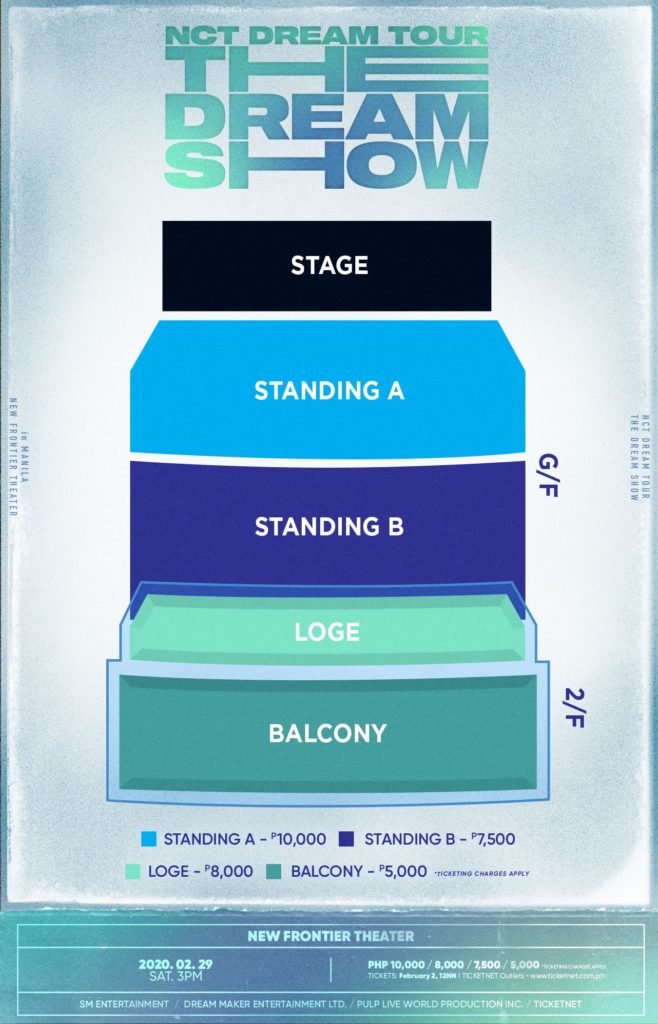 Youthful and charismatic as they’re described by NCTzens, NCT DREAM is ready to show their Filipino fans their most fresh and most explosive performances that will surely leave a loud “Boom” in our hearts. Don’t miss this chance to see this stellar group live at the NCT DREAM TOUR “THE DREAM SHOW” in MANILA. Proudly brought to you by SM Entertainment, Dream Maker Entertainment Limited, and PULP Live World, the show takes place on February 29, 2020, 3PM at the New Frontier Theater. You may get your tickets at TicketNet outlets nationwide and online via www.ticketnet.com.ph. Ticket prices are as follows: