Emo subculture or emotional hardcore became a mainstream style during the early 2000s. Emo kids–or simply ’emos’–were easily identified through their gothic fashion, like wearing skinny black jeans with studded belts and wristbands, or sporting an emo side fringe that covered half of their faces. In addition to that, a majority of emo kids listened to rock bands like My Chemical Romance, Fall Out Boy, and Red Jumpsuit Apparatus.

Recently, Change.org user 22 Flight Attendants made a petition called “Bring back 2005 emo culture in the 2020s so we can call that decade the RAWRing 20s”. This concept prompted Twitter users to come up with the idea about “Rawring 20s”, which was derived from the decade of the 1920s or Roaring Twenties.

Since a lot of online users felt nostalgic about the “emo movement” petition, it garnered mixed reactions from Twitter users.

We are ready for rawring 20s ♡ because we never grew out of it.

Me and my partner are forever the emo couple everyone knows 😂#rawring20s pic.twitter.com/B7DF4m8bEb

With the continuous evolution of fandoms and subcultures, the “emo generation” can now be considered a thing of the past. But what we actually don’t realize is that its influences are still apparent in today’s music and fashion—proof that this era never went away—we all just grew up.

An open letter to the girl I’ve left behind 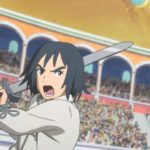 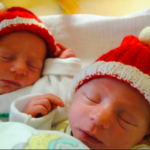