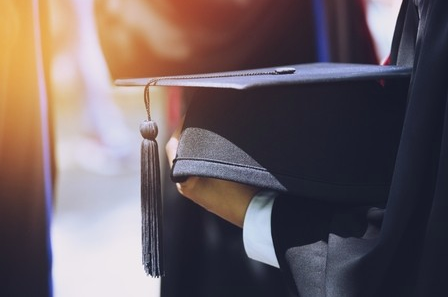 A former Uber driver from Atlanta, Georgia in the United States, was able to return to college and earn an associate’s degree after her passenger settled her unpaid balance.

Forty-three-year-old Latonya Young worked as a hairstylist and a driver for Uber to make ends meet, according to WBS-TV on Jan. 1. Young had put on hold her dream of going to college due to an unpaid balance at Georgia State University, but one passenger surprised her by paying off her balance, thus allowing her to return to school.

“When he paid the balance, I had to do this for him. I maintained my grades. As and Bs. Just trying to do everything to make sure he knows I appreciate him,” Young told WSB-TV. “This one changed my life. That one ride.”

Her fateful meeting with passenger Kevin Esch happened sometime in 2018, as first reported by the Atlantic Journal-Constitution on Dec. 10, 2019. Young apparently picked Esch up outside the Mercedes-Benz Stadium following an Atlanta United match and the two got to talking about their lives.

Esch told Young he was going through a divorce, while she shared to him her dreams of going to college, as per the AJC. After the ride, Esch gave her a tip of $150—but it did not end there. The following Monday morning, while on her way to Georgia State University, she received a message from Esch saying he had paid off her balance of $693 so she could re-enroll.

“He was telling me you’re never too old to get an education,” Young was quoted as saying then. “Nobody’s ever done anything so nice to me in my life.”

Young continued to keep in touch with Esch throughout the year and updated him on her grades. Then, last December, she asked Esch to visit the university to join her in a photoshoot wearing her cap and gown.

Young earned her associate’s degree in criminal justice last December 2019, as per the AJC. She has started pursuing her bachelor’s degree this January and plans to go to law school one day.  Cody Cepeda /ra

After dropping passengers at airport, Uber driver tries to rob their home, is arrested