Follow us:
Claude Monet's "Meules" sold for an unexpected $110.7 million last May. Image: courtesy of Sotheby's via AFP Relaxnews

Over the course of the past 12 months, international auction houses have blessed art aficionados with several surprises and record-breaking sales. Here is a recap of four art sales that caught our attention this year. 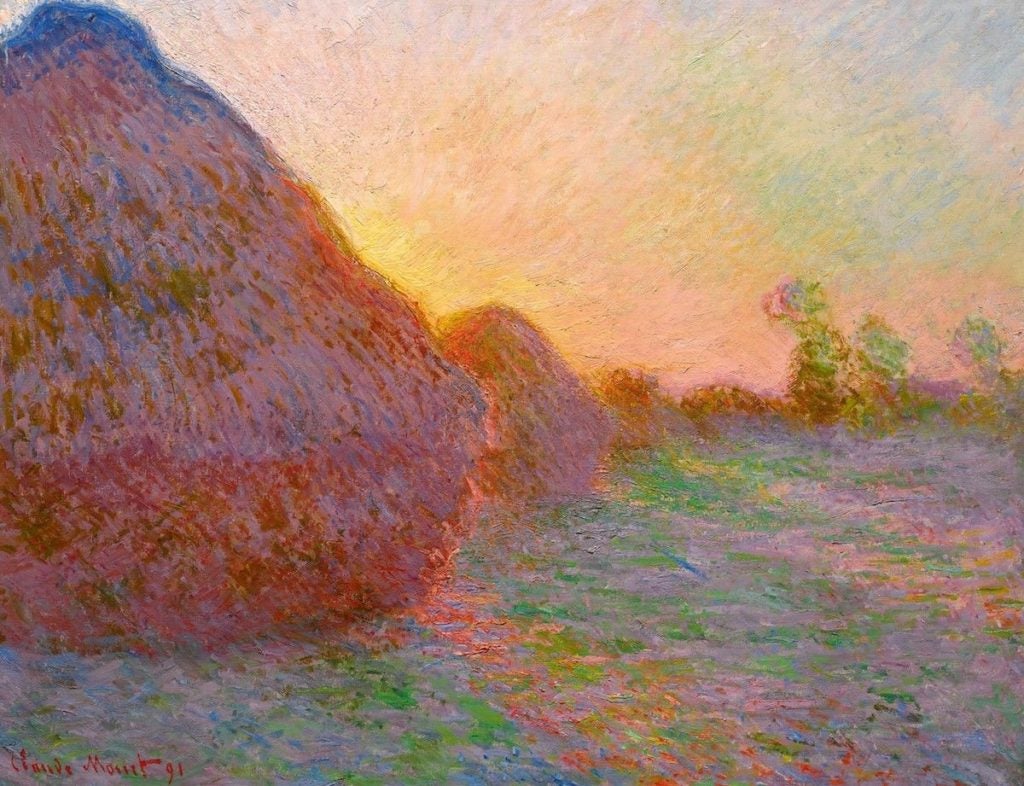 This example, which hit the auction block during the house’s Impressionist and Modern Art evening sale, was one of the only eight left in private hands.

Similar landscapes from the renowned “Meules” series are in the collection of museums such as the Metropolitan Museum of Art in New York — with one of them selling at auction for $81.4 million (P4.1 billion) in 2016.

After eight minutes of heated competition, the Impressionist canvas sold for an astounding $110.7 million (P5.6 billion), doubling its high pre-sale estimate of $55 million (P2.79 billion) and setting a new auction high for Monet.

Beyond this record-breaking bid, the sale of “Meules” also marked a pivotal moment in the painting’s history.

The coveted work, which had only come to auction once before in 1986, became the ninth-most-expensive painting ever sold at an international auction house. 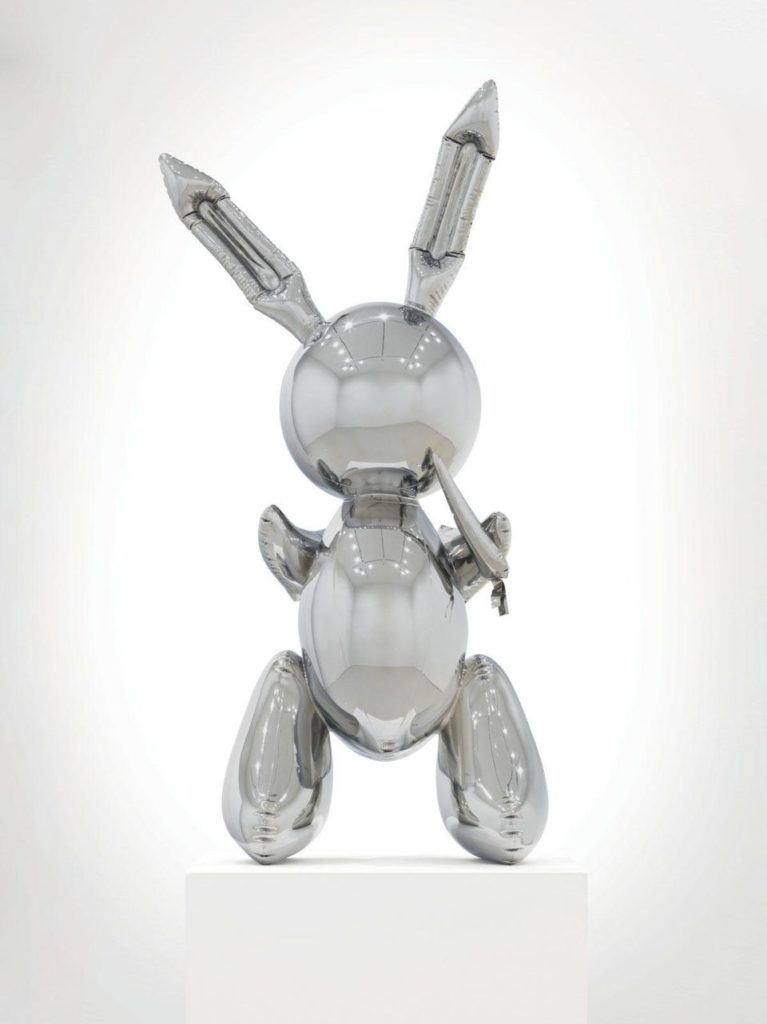 Last May, Christie’s led its Post-War and Contemporary Art evening sale with Koons’s 1986 stainless-steel sculpture, which is famously inspired by a child’s inflatable toy.

The faceless quicksilver rabbit fetched a groundbreaking $91.1 million (P4.6 billion) with fees, ultimately going to veteran art dealer Robert E. Mnuchin after being chased by half-dozen Christie’s specialists on behalf of their clients.

The sale of “Rabbit” not only far surpassed Koons’s previous auction record of $58.4 million (P2.9 billion) set in 2013 for “Balloon Dog (Orange)”, but put him back on top as the most expensive living artist.

The 64-year-old sculptor momentarily lost his title in November 2018, as a result of the astonishing sale of David Hockney’s “Portrait of an Artist (Pool with Two Figures)” for $90.2 million (P4.5 billion) with fees. 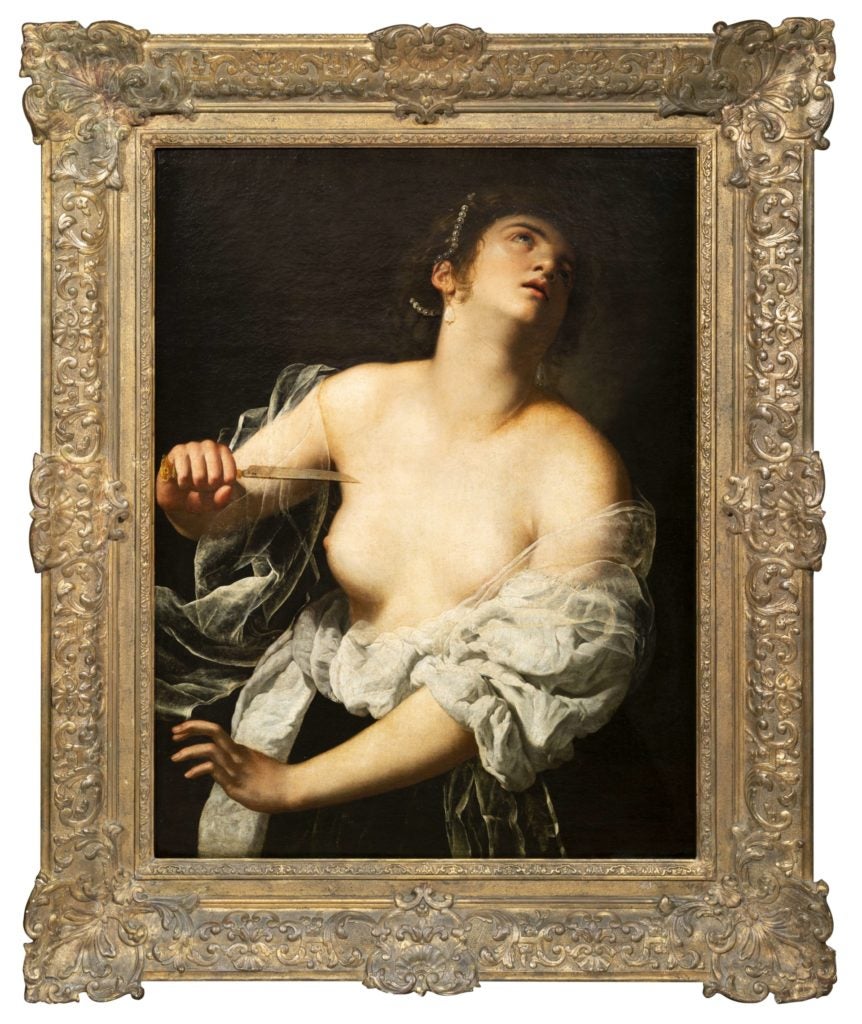 In addition to surpassing its high pre-sale estimate, “Lucretia” nearly doubled Gentileschi’s previous auction of 2.8 million euros (P157 million), which was set in 2017 for her “Self-Portrait as Saint Catherine”.

This outstanding sale reflected a surge of interest in the work of the female Baroque artist, who is now recognized by historians as one of the few painters to match Caravaggio’s sense of drama.

Next spring, the National Gallery will honor Gentileschi in the first major exhibition of her work in the United Kindom, bringing together more than 30 paintings from around the world. 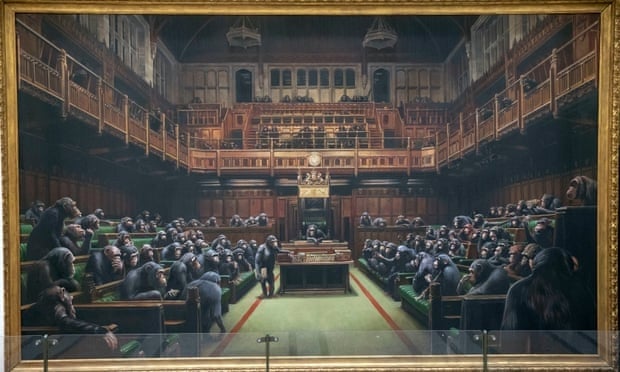 Estimated to sell for £2 million, Banksy’s “Devolved Parliament” went under the hammer for 9.9 million pounds with fees (about $12.1 million). Image: courtesy of Sotheby’s via AFP Relaxnews

The British troublemaker joined the ranks of the world’s most expensive artists last October when his satirical “Devolved Parliament” went under the hammer for an astounding 9.9 million pounds (P 653 million) with fees.

Although the sale of “Devolved Parliament” at Sotheby’s went ahead without a glitch, rumors that the artist-provocateur had pulled another prank arose before the house’s Contemporary Art Evening Auction.

Sharp-eyed Banksy aficionados had noticed several inconsistencies between the work auctioned off as “Devolved Parliament” and the painting shown for the first time in 2009 at the Bristol Museum under the title “Question Time”.

Sotheby’s later amended the sale’s catalog to mention that the painting had been “reworked” by the artist after the 2009 “Banksy vs. Bristol Museum” exhibition, also assuring potential buyers that it was certified by Banksy’s Pest Control authentication bureau. CL/JB