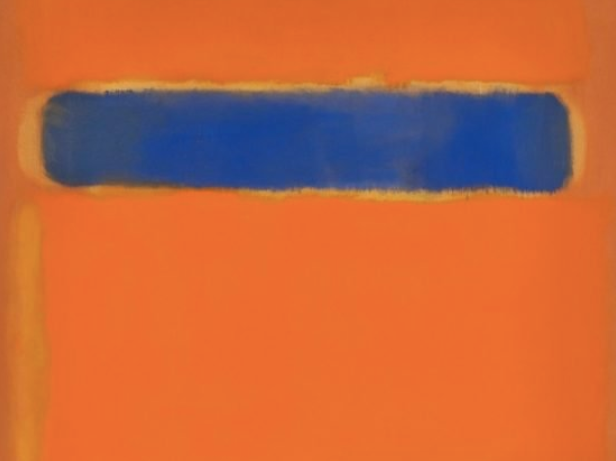 “Blue Over Red” will be offered on Nov. 14 as part of Sotheby’s marquee Contemporary Art evening auction.

The brightly-colored painting, executed in 1953, comes from a critical period for Rothko during which he pioneered his signature style of abstraction.

At the time, the American painter had just moved his studio to 106 W. 53rd St., down the street from the Museum of Modern Art (MoMA).

This proximity with the museum had a significant impact on Rothko’s embrace of pure color, with the descriptive title of “Blue Over Red” hinting at Matisse’s masterpieces like “The Blue Window” and “The Red Studio”.

Both paintings would have easy for the artist to see in the early 1950s, as they were in the permanent collection of MoMA.

“Rothko would spend hours in front of Matisse’s ‘The Red Studio’ which went on permanent display at MoMA in 1949, and it is in paintings like ‘Blue Over Red’ where we can feel the impact of Matisse’s collapsing of space on Rothko’s explorations of color,” David Galperin, who is the head of Sotheby’s evening auctions of Contemporary Art in New York, said in a statement.

“Blue Over Red” is expected to sell for between $25 million (P1.2 billion) and $35 million (P1.7 billion), with Sotheby’s pointing out that works by Rothko from the early 1950s are incredibly rare on the market.

Eight of the 16 paintings he made in 1953 are now in museum collections, including the Whitney Museum of American Art in New York, the Museum of Contemporary Art in Los Angeles and the National Gallery of Art in Washington, DC.

This is not the first time that “Blue Over Red”, which remained in the same private collection for over a decade, will hit the auction block.

The painting was offered for sale by Baltimore collectors Israel and Selma Rosen in 2005, when it went under the hammer for $5.6 million (P286 million).

“Blue Over Red” will be auctioned off on Nov. 14 during Sotheby’s Contemporary Art evening auction in New York, with the painting going on public view beginning Nov. 1.

Earlier this year, the auction house offered another painting by Rothko on behalf of the San Francisco Museum of Modern Art.

His 1950 “Untitled” caught the interest of various bidders before going under the hammer for $50.1 million (P2.5 billion). CL/JB 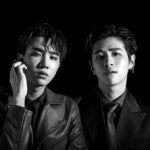 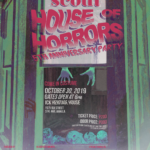