The house will present two paintings by the Mexican painter Frida Kahlo, who has consistently been one of the most sought-after Latin American artists at auction, during its New York sales of Latin American art in November.

Among them are the circular-shaped painting on copper “The Flower Basket”, which is one of the two tondi that Kahlo created in 1941 for a commission from the Presidency of Mexico for the reception halls of the Palacio Nacional in Mexico. 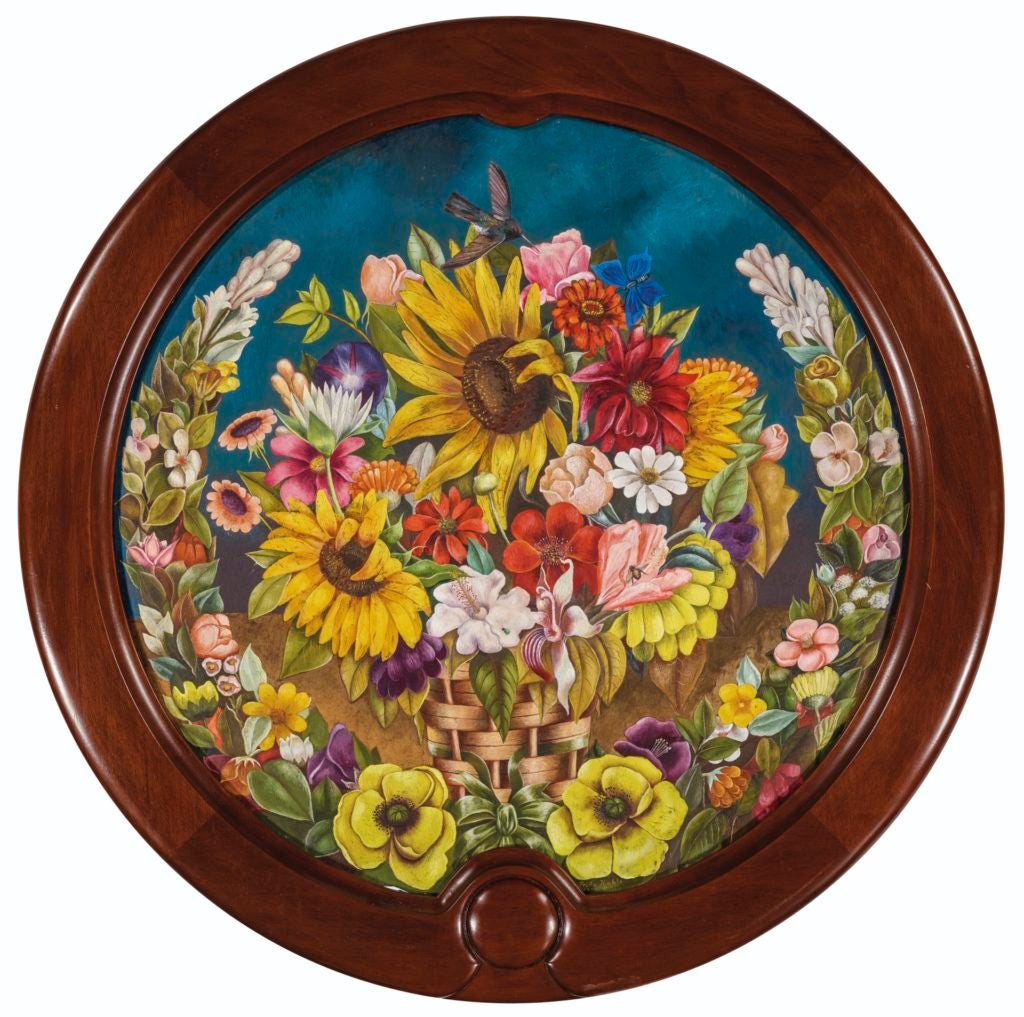 Although the commission was ultimately canceled, “The Flower Basket” was later acquired from Kahlo by Hollywood actress Paulette Godard, who was a friend of both Kahlo and her husband Diego Rivera.

The colorful piece, estimated between $3 million (P151 million) and $5 million (P252 million), is being offered for sale from the collection of James and Marilynn Alsdorf. Christie’s noted that it has been lent for exhibitions on only very rare occasions.

Also on sale is the rare “Portrait of a Lady in White”, which comes from the private collection of Dr. Helga Prignitz-Poda.

The oil on canvas, which has never been offered at auction before, is also estimated to fetch between $3 million (P151 million) and $5 million (P252 million). 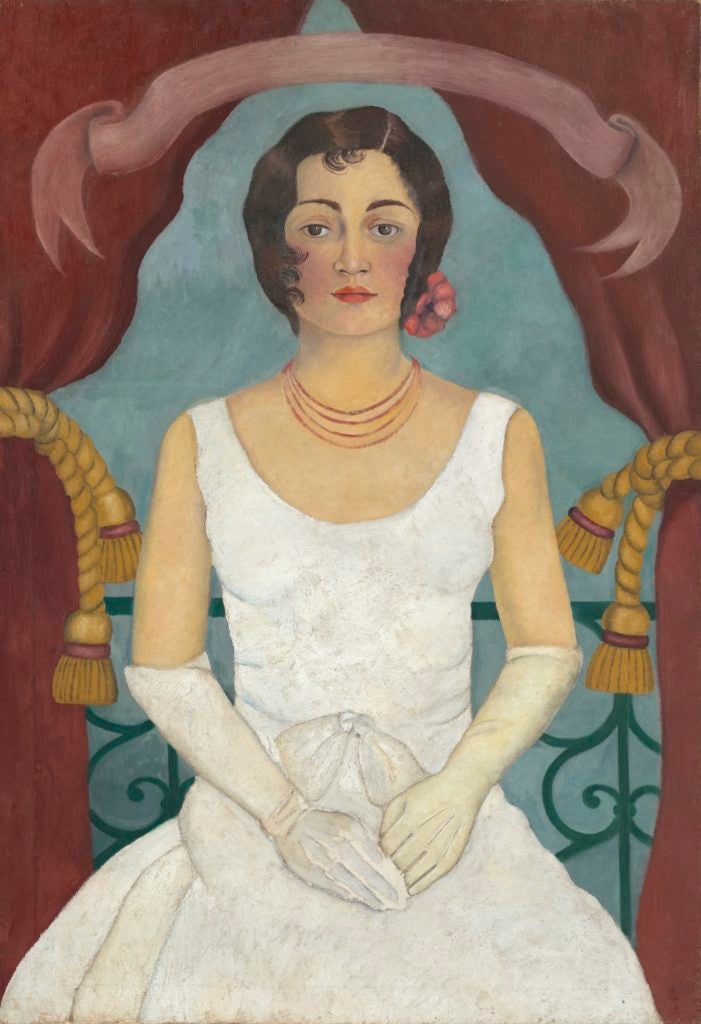 Frida Kahlo, “Portrait of a Lady in White” (circa 1929). Image: courtesy of Christie’s via AFP Relaxnews

“Portrait of a Lady in White” was painted in the late 1920s, a pivotal period in Kahlo’s career, during which she would both define herself as an artist and begin her relationship with fellow painter Rivera.

At the time, she had only recently begun to paint, prompted by boredom and loneliness during her long convalescence from a near-fatal car accident, in which she broke her spinal column in three places.

“I never thought of painting until 1926 when I was in bed on account of an automobile accident. I was bored as hell in bed with a plaster cast. . . . I stoled [sic] from my father some oil paints, and my mother ordered for me a special easel […] and I started to paint,” she later wrote to the Surrealist art dealer Julien Levy.

The identity of the sitter of “Portrait of a Lady in White” has long confounded scholars, who now believe that she is Kahlo’s high school friend Elena Boder.

Kahlo’s “The Flower Basket” and “Portrait of a Lady in White” will go under the hammer during Christie’s sales of Latin American art, which will take place in New York City from Nov. 20 to 21, and online from Nov. 16 to 26.

Additional highlights of the sales, which are expected to bring in more than $25 million (around P1.26 billion), include works by Mexican painters Francisco Toledo, Diego Rivera and Rufino Tamayo as well as Brazilian artist Alfredo Volpi. CL/JB