“There are plenty of fish in the sea” has never been truer in the realm of online dating. Any of the thousands of profiles on dating apps is essentially a fish that’s ready to be baited out from a sea of digital hellos to the less chartered waters of real-life dating.

Among thousands on dating apps, how do you stand out as a guy? You can gauge the answer by looking into our compilation of the most common types of profiles in dating apps. Where do you think you belong? 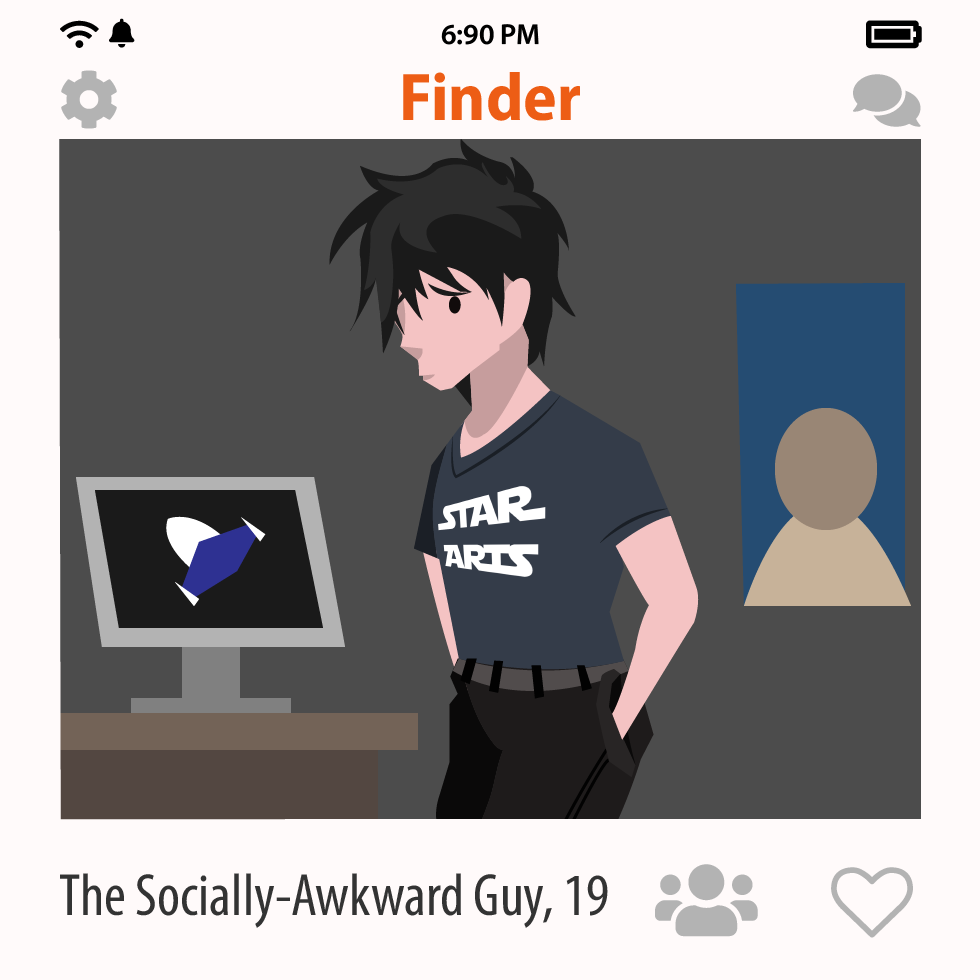 We all went through a stage when any kind of social interaction was awkward, but this guy refuses to move from this phase and is in fact enjoying it. He never quite connects with people, either because he is communicatively inept or his strategy is to send out signals only to a hypothetical dream girl who is on his exact wavelength. That he is on a dating app reveals a keen interest in pursuing a romantic life, but the guy will not bother with small talk to catch just anyone’s fancy. 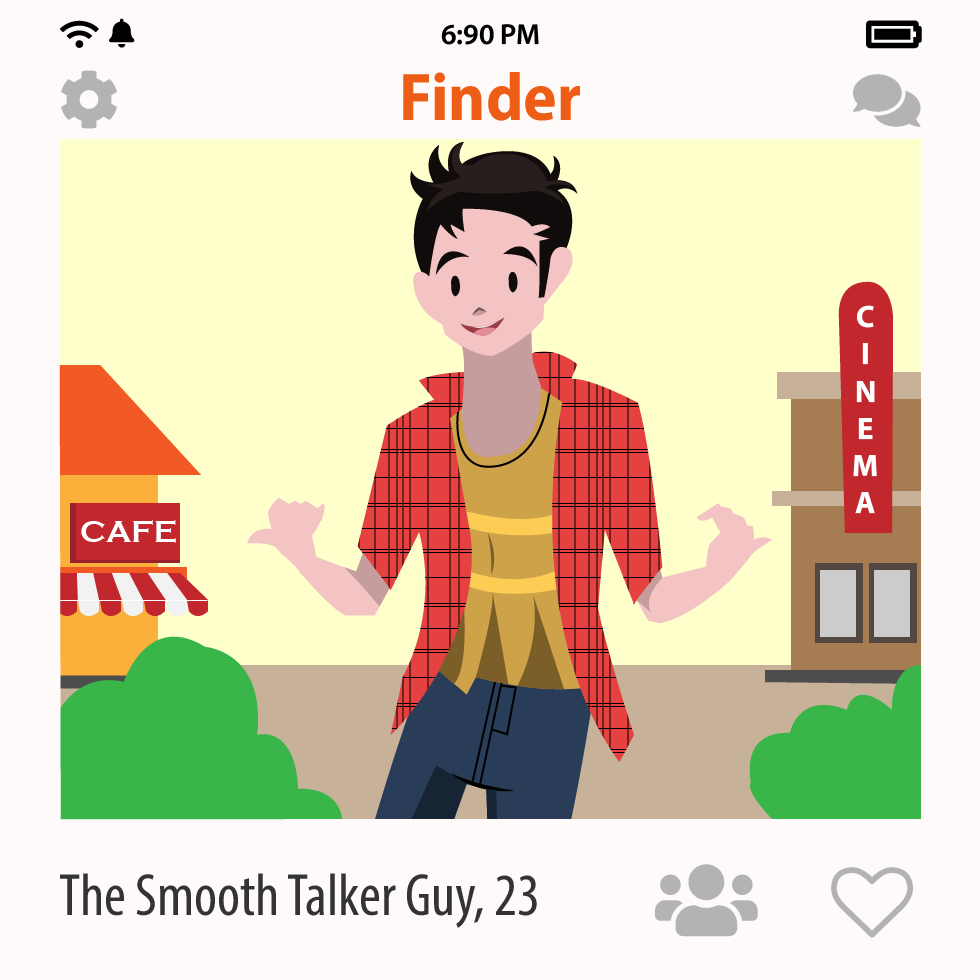 There is always that guy who knows what a girl wants to hear and is never shy to say it. We call him the Smooth Talker and the dating gods invented apps as a platform for all his lines. He is generous with compliments and declarations of affection, unafraid to make little twists in his stories to draw a girl’s attention. Earnest and capable of sweeping romantic gestures, the guy is a lot of fun, that is until a girl realizes that this is simply how he is with everyone. 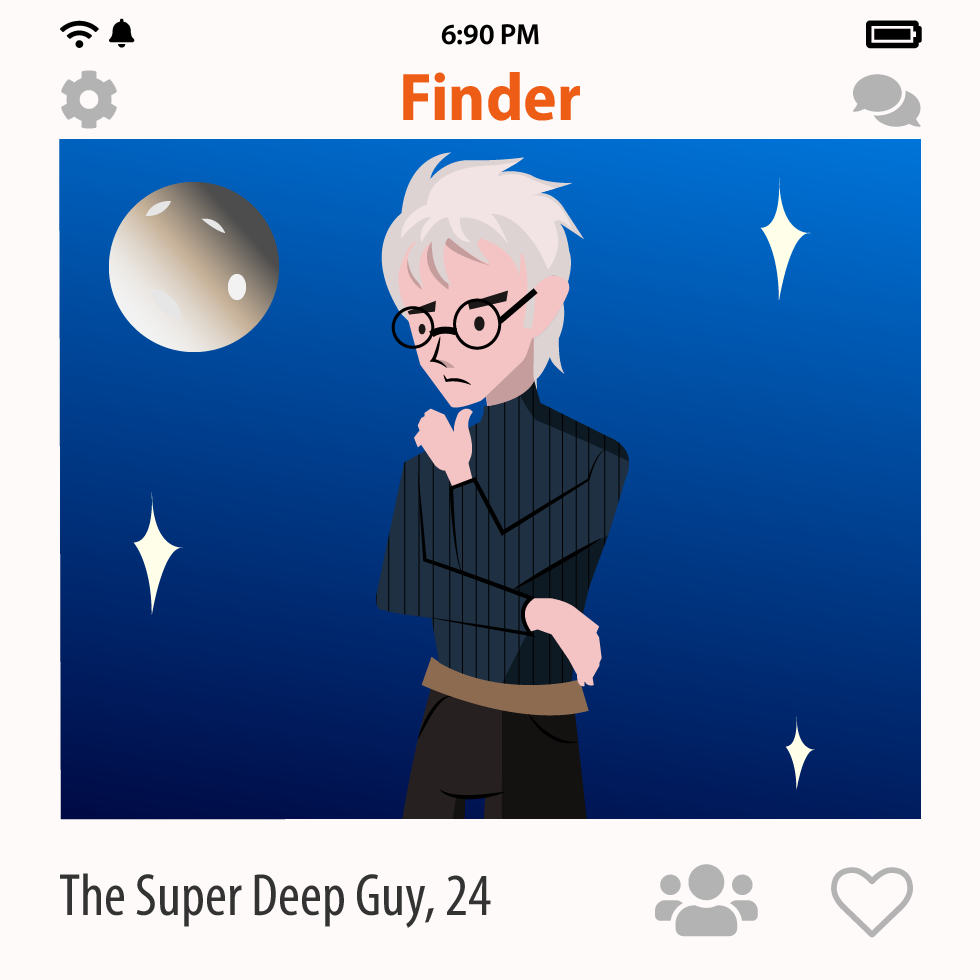 “Hi, I’m X and I would like to take you to the depths of my soul,” say this guy’s eyes. Brooding and mysterious, he always looks like he holds the secrets to the universe, if it is ever big enough to hold all his feelings because the guy sure has them. He is into music, literature, philosophy, art—anything that can help people understand his struggles. He will put the right girl at the center of his universe, but of course, he needs to find himself first. 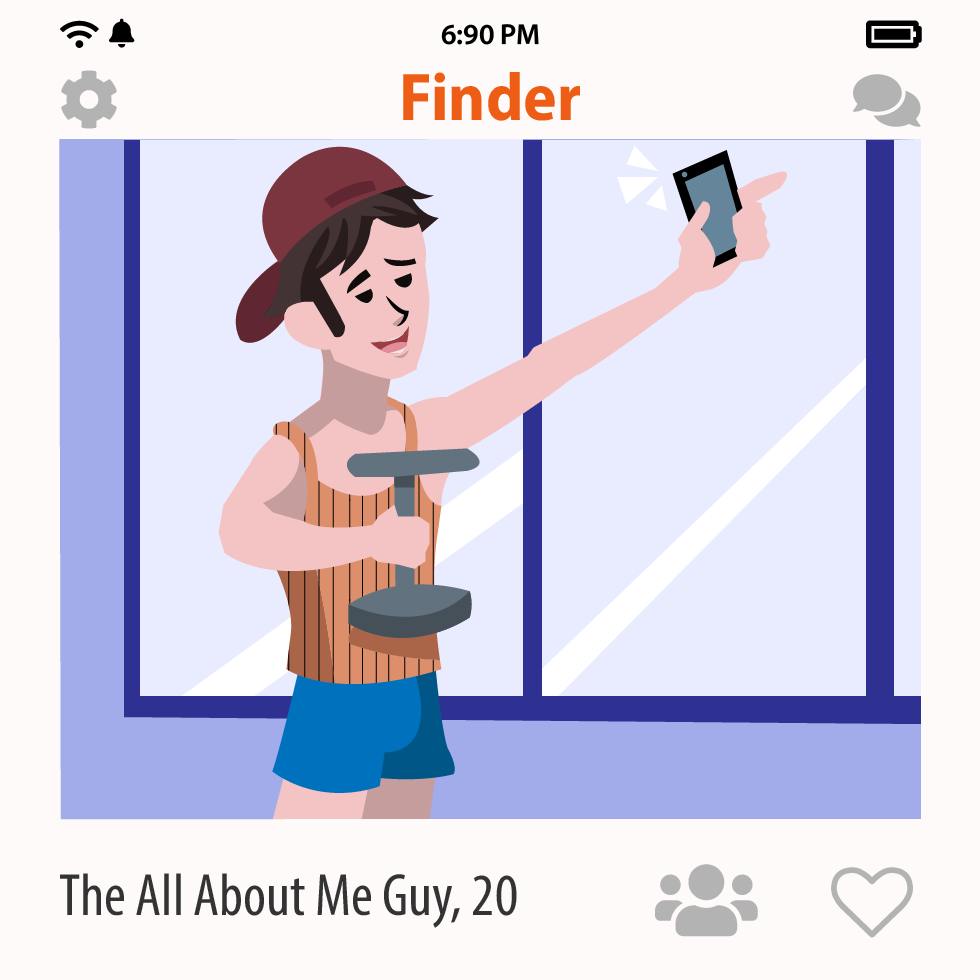 He regales with stories about how he is winning in life, from his perfect form at the gym (posted on Insta and dm’d to friends for good measure), to how many random people sang his praises today. But excuse me, were you saying something? He was just getting his reaction out on a viral post because his large social media following is begging to find out. He looks gorgeous in his profile, but women who swipe right better like the role of a soundboard, because that is all this guy needs at the moment. 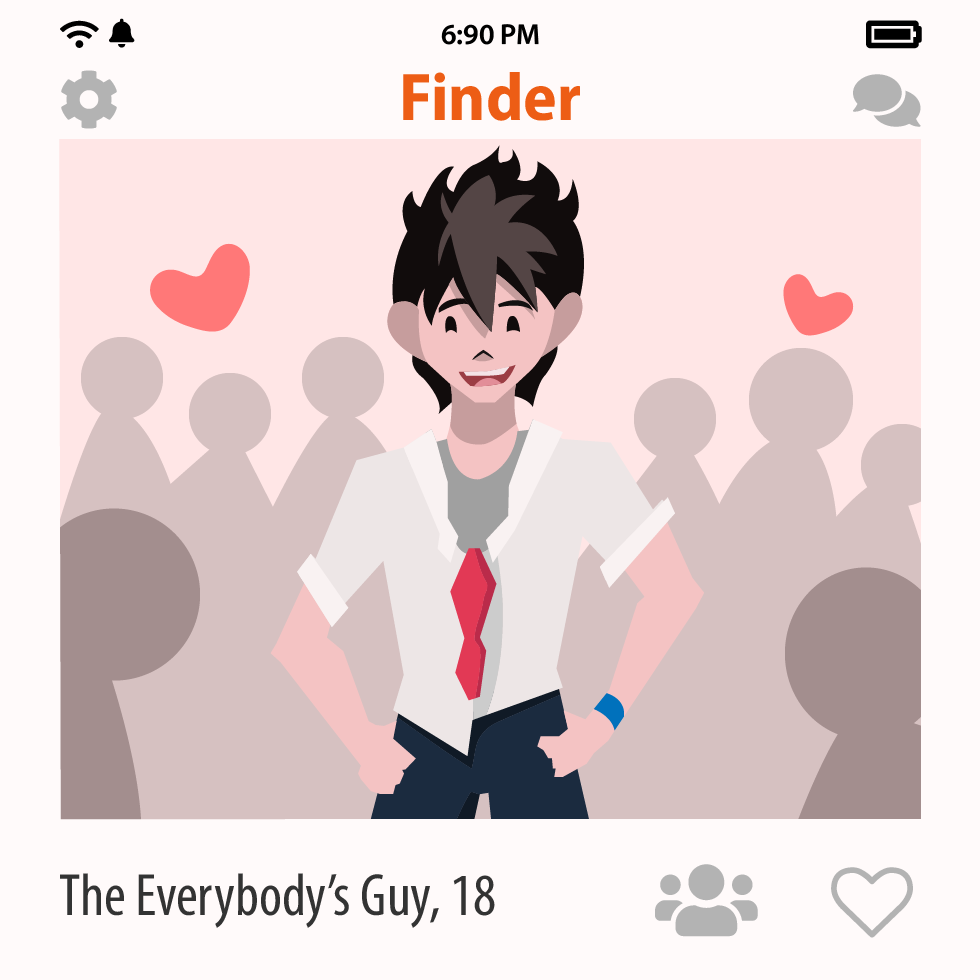 He wants in on everything and is interested in everyone, making him generally well-liked. FOMO? He invented it. He is a natural at multi-tasking, including keeping tabs on several female friends at the same time. He calls them all “babe” or “sweetheart” because, hey, he likes everyone equally. He totters between a lady’s man and a best friend. He is definitely good company, but a red flag for those looking for something far beyond the friend zone. 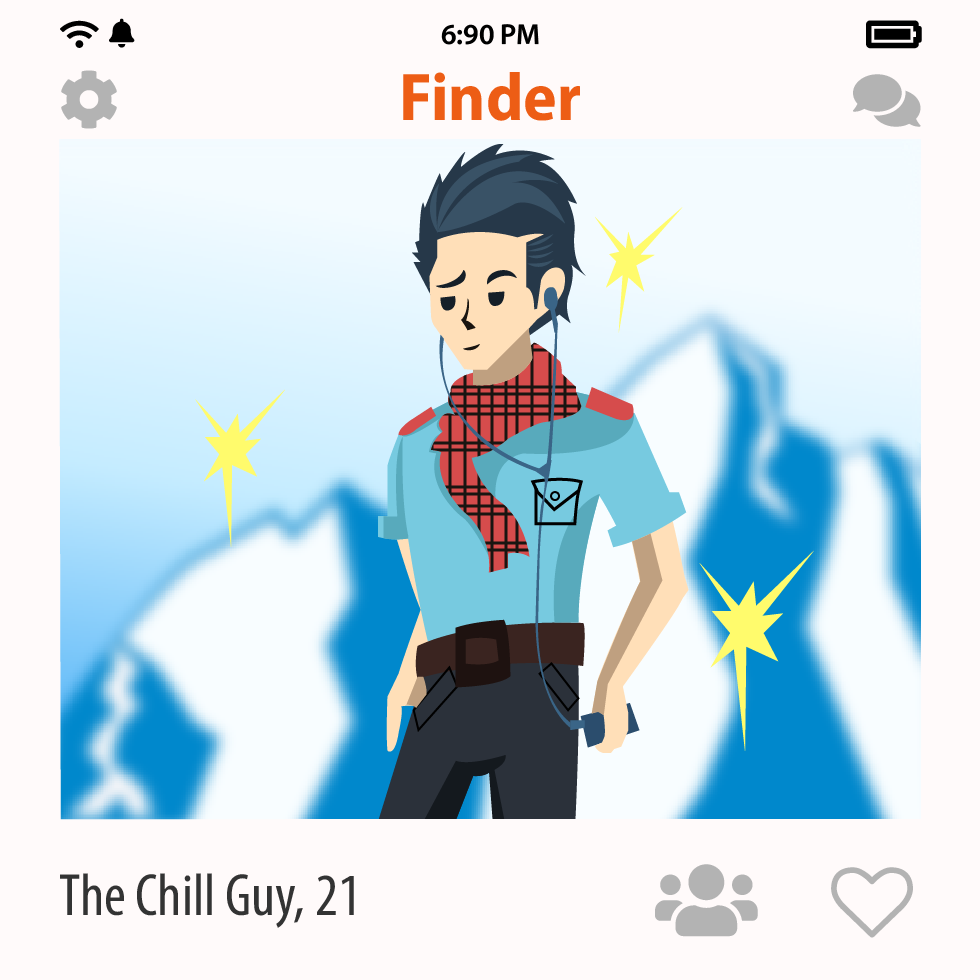 “Get you a man who…”— this is that man. He is the guy that streaming services invented: the boy next door, the approachable hot guy, the smart and sensitive friend, the office crush, the fun nerd, or the vibrant athlete. He has confidence, but also a healthy interest in things other than himself. He does not try too hard to impress women and is rather known for his effortless charm. Calm and always in the moment, few things can ever ruffle his feathers—“Chill,” as his description aptly implies.

Relate to anyone of these types? Whatever your dating persona, be that guy who never loses his chill. Know that the journey to looking good on the outside begins with feeling great inside.

Be the guy who is unfettered by heat or sweat with the new AXE Ice Chill Body Spray. It helps cool you down while keeping you smelling as fresh as you feel. This way, you can focus on being your most authentic and attractive self, so you can have the confidence to up your dating game.

Bring out the Chill Guy in you with AXE Ice Chill, because you know it—you’re hotter when you’re chill. Don’t sweat it, just chill out and get yourself an AXE Ice Chill here. For more information, visit www.facebook.com/axephilippines.