Inoue is a Japanese actor and voice actor who started his career in the 1960s with minor roles in Astroboy (baby boomers will remember), but was more popularly known for two of his longstanding roles—one, as the voice of Captain Harlock of the anime series of the same name, which started in 1978 all the way to the 90s; and as Ishikawa in Lupin III which he voiced from 1977 to 2011 (that’s more than 30 years).

The anime series of Lupin III first became popular in the Philippines in 1999 after it was dubbed in Filipino and shown on a local TV network, becoming an instant hit for kids and adults alike. Its popularity paved the way for the TV network to create their own spinoff in 2007 with underwhelming reception from the masses.

Originally as a manga series that started in 1967, Lupin III spawned a whole megalodon of media franchise which included animated and live action films, animated series, animated television specials, and musicals, among many others.

It follows the story of master thief Arsène Lupin III, grandson of the world’s greatest thief, Arsène Lupin. Lupin III is followed by his gang members Daisuke Jigen, an expert marksman, Goemon Ishikawa XIII, a master swordsman, and Fujiko Mine, Lupin’s love interest. The show revolves around their adventures in stealing from the rich and serving justice to criminals doing worse crimes.

Inoue, as one of the most iconic voice actors in Japanese anime, will surely be missed. 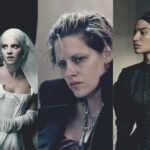 LOOK: Emma Watson, Claire Foy and Kristen Stewart take on the role of Juliet for the 2020 Pirelli Calendar 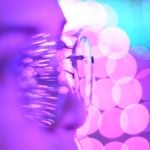