Are you one of those people who take care to limit your eye exposure to blue light from digital screens? Do you browse your gadgets on dark mode or turn on the blue light filter on your phone as a precaution? Do you also remember the first time you heard about the harmful effects of blue light to your eyes?

Being wary of blue light has become embedded in our psyche. Its negative effects have become gospel truth, the same way we acknowledge that nicotine in cigarettes and prolonged exposure to the sun are health hazards. Nearly everyone from app developers to ergonomics specialists have touted “dark mode” as a safer way to browse and countless companies have offered “blue-light glasses” as preventive eye care products.

Recent reports from media outfits such as Canada’s CBC and Vice, however, are letting on that blue light fears may just be the product of a grand marketing ploy.

On Nov 22, CBC’s Marketplace published a hidden camera investigation report about
how some of Canada’s largest optical chains are making misleading claims about the effects of blue light to human eyes.

The report alleges that opticians and sales staff from Canada’s four leading optical chains, including Hudson’s Bay Optical and Vogue Optical, have provided clients with information materials that warn against the effects of exposure to blue light. The materials say what is widely believed–that blue light from computers and other digital screens could cause retina damage, macular degeneration, cataracts, and even certain types of cancers.

The Marketplace report states that “opticians at Hudson’s Bay Optical suggested a link to cancer based on an in-store pamphlet provided by lens manufacturer VisionEase, while Vogue Optical’s website suggests that blue light may increase the risk of certain types of cancers.”

In the U.S., optical wear brands have long been giving warnings against the dangers of blue light, at the same time promoting the supposed health benefits of blue-light protective lenses.

A Vice report names Lenscrafters, Zenni Optical, and Warby Parker as perpetuators of the blue light threat: “Zenni Optical offers BlokzTM Lenses to combat something it calls ‘FryEye,’ or eye fatigue caused by blue and UV light exposure. Even Warby Parker offers ‘blue-light-filtering’ lenses, although its site does not make any outright claim about what the benefits of those lenses might be.”

Now the juice. Experts in the fields of optometry and ophthalmology have weighed in and repudiated any evidence that blue light from digital screens is harmful.

As for the efficacy of protective blue-light lenses, Dr. Rahul Khurana, a spokesperson for the American Academy of Ophthalmology, told CBC who that the concept of blue-light blocking is “flawed on so many levels.” Even Hudson’s Bay Optical’s Glasses Gallery admitted to CBC that their pamphlet was incorrect and vowed to pull out the material from stores.

This is hardly a signal to go all-out on your screen time. Experts agree that marathon sessions in front of the screen are linked to blurred vision, eye irritation, headaches, and neck and back pain, a collection of symptoms they call “computer vision syndrome.”

This is explained by a couple of factors not at all attributed to blue light—humans blink less than usual in front of the screen, causing dryness in the eyes, while the intense, frequent eye-muscle movements required to process information on a computer screen inevitably cause eye strain. 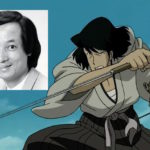 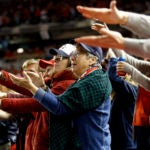