LOOK: Emma Watson, Claire Foy and Kristen Stewart take on the role of Juliet for the 2020 Pirelli Calendar

Emma Watson, Claire Foy and Kristen Stewart are just some of the famous women channeling their inner Juliet Capulet in the 2020 Pirelli Calendar. 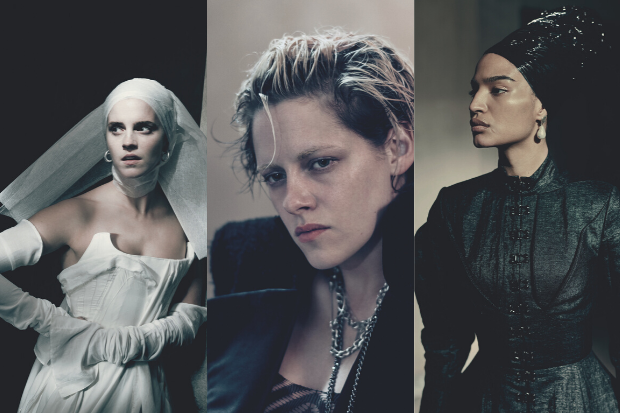 The tragic story of Romeo and Juliet is the story of desperate, unrequited love. A tale for some, a story of life for others. #ClaireFoy Who is your Juliet?

Shot in Verona and Paris by the Italian fashion photographer Paolo Roversi, the 2020 calendar draws inspiration from the timeless Shakespearean drama, “Romeo and Juliet”.

A short film accompanying its release sees the creative play the part of a film director auditioning candidates for the role of Juliet, with the protagonists telling Roversi about their personal experiences and how they envisage the character, before getting into costume.

Juliet is a pure soul filled with innocence, strength, beauty, tenderness and courage. All the qualities of a woman in love. @yarashahidi Who is your Juliet?

“I was looking for a pure soul, someone full of innocence that combined strength, beauty, tenderness and courage,” says Roversi in a statement. “I found this in the glimmer of an eye, in the gestures and words of Emma and Yara, Indya and Mia and in the smiles and tears of Kristen and Claire…in the voices and chants of Chris and Rosalía. In Stella we have the innocence.” He concludes: There’s a Juliet in every woman. And I will never stop looking for her.”

The 2020 calendar comes in at 132 pages, which are filled with sections of the play, alongside 58 photos capturing the story’s protagonists and the city of Verona.

Juliet is a paradox. She’s incredibly innocent and that innocence gives her strength and wisdom. @emmawatson Who is your Juliet?

In taking on the project, Roversi joins the ranks of some of the world’s most famous photographers to have worked on the Pirelli Calendar, which has been published since the 1960s, including Peter Lindbergh, Mario Testino, Annie Leibovitz and Karl Lagerfeld. IB/JB

Jackie Chan has a fashion collaboration in the works