Victoria’s Secret’s parent company L Brands has announced that there will not be a 2019 edition of the annual extravaganza this holiday season. 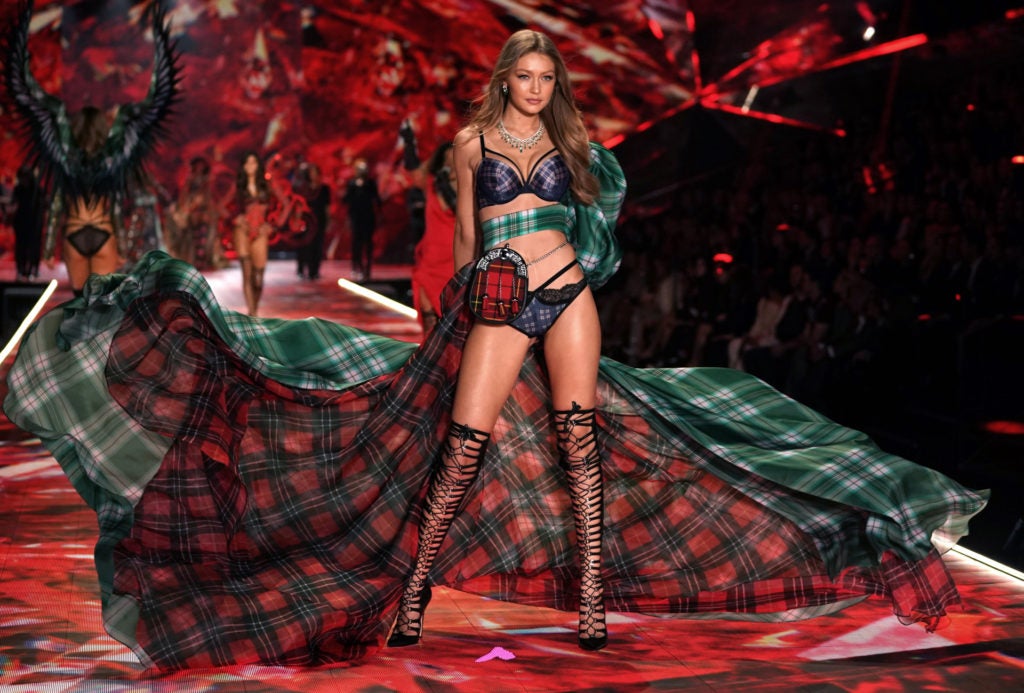 American model Gigi Hadid on the runway at the 2018 Victoria’s Secret Fashion Show on Nov. 8, 2018, at Pier 94 in New York City. Image: AFP/ Timothy A. Clary via AFP Relaxnews

“We think it’s important to evolve the marketing of Victoria’s Secret,” Stuart B. Burgdoerfer, chief financial officer and executive vice president of L Brands, is reported by WWD to have explained on a conference call with analysts on Thursday. “There will be more to come as that continues to get evaluated.”

The big-budget show was widely regarded for years as one of the major moments in the fashion calendar, bringing together a cohort of the world’s hottest supermodels, lingerie models and in-house “angels” with music artists, decadent staging and elaborate costumes. Over the years, stars such as Eva Herzigová, Irina Shayk, Gigi Hadid and Cara Delevingne have strutted their stuff on the brand’s catwalks, alongside household name angels such as Gisele Bündchen, Tyra Banks and Alessandra Ambrosio.

However, the spectacle has attracted criticism in recent years, with the 2018 event marred by backlash to comments its then chief marketing officer Ed Razek made during a Vogue interview about the lack of trans women and plus-sized models in the production. CL/RGA