LOOK: Mom shares lifehack on how to stop kids from buying toys

Now that Christmas is right around the corner, a mother’s tip on how to deal with children’s tantrums when shopping might just come in handy for every parent out there.

Kristina Watts from Washington, United States, revealed that she stopped plenty of potential meltdowns from happening by simply taking a photo, as seen on her Facebook post on Nov. 18. 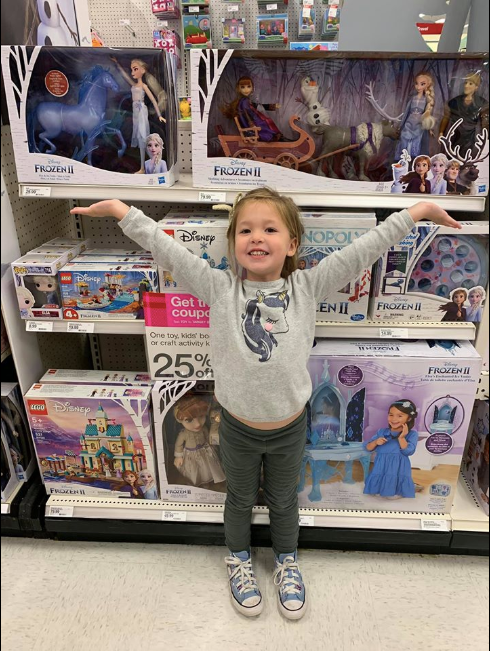 The mother of three claimed that their trips to any kind of store during the holidays could be painful especially since toys are out in display in full force.

“Pause for a second, comment on the thing they’re pointing out, and say, ‘Let’s take a picture with it and send it to Santa so he knows you want it!'” Watts said.

By summoning Santa Claus’ gift-giving superpowers to help her with her daughter’s request, Watts keeps her child happy. The mom even claimed that her kid forgets about the toy within minutes after the photos are taken, with “no tears” and “no tantrums.”

“Emmie smiles, says cheese, asks to see the picture, then PUTS THE TOY DOWN AND WALKS AWAY,” she added.

Once again my camera roll is FULL of pictures of Emerson with every single thing she wants for Christmas. Why…because…

Watts encouraged her friends to try the trick. She even jested that maybe some moms have been doing it for ages but have not shared the advice to others.

“[O]r maybe you’re like me and this is about to rock your world,” she said.

Since its posting, parents have been thanking Watts for the tip. A certain Jennifer Roberge responded by capturing her own “picture for Santa” moment with her son in the toy aisle.

Currently taking photos of all the things Bradley wants for christmas

A commenter named Jackie Frandsen claimed yesterday that the method worked for her in two levels: one, it made her daughter move along the toy section faster, and two, it helped her give relatives gift suggestions for her daughter.

She said, “when relatives ask what she wants for her birthday or [C]hristmas I actually have exact ideas to send to them.” JB