For a local Christmas fair in Canada, apparently nothing screams Christmas spirit more than a picture with the devil himself.

Due to some unfortunate typo in a display ad for a holiday event, instead of inviting people to take photos with Santa Claus, Comox Valley Record’s advertisement accidentally enjoined them to have “pictures with Satan.”

The ad hit the newspaper stands last Thursday, Nov. 21. Eventually, it made its way to the deepest and darkest corners of the internet after someone posted it on Reddit a day after. The newspaper was quick to respond, apologizing to the public and its client for the mishap, via its website last Friday, Nov. 22.

“The same number of eyes proofed the ad as with anything that runs through the advertising and production departments,” the editorial on the website stated. “Somehow, this was missed, and for that, we sincerely apologize – to the clients affected, as well as to any readers offended by the mistake.”

The newspaper tried to make light of the situation by stating in the editorial that at least “everyone in the Comox Valley and beyond knows when the Courtenay Christmas parade is.”

“We often chuckle about the typos we have caught, breathing sighs of relief when the L in ‘public’ or the B in ‘Hornby’ is added by the last set of eyes before going to print. Even those are not always caught,” the editorial further stated. “But when it happens in an ad, it becomes all that much more blatant.”

The client Downtown Courtenay Business Improvement Association (BIA) told Narcity on Nov. 23 that they were made aware of the mistake and they were just as surprised by it. They claimed that they took no part in creating or proofreading the ad.

“[W]e understand that these things happen and we are happy that everyone knows when the parade is this year,” Catherine Thompson from the Downtown Courtenay BIA said.

Apparently, some people on Reddit were disappointed for what will turn out to be Satan’s non-appearance in the festivities.

“I am a citizen of Courtenay and I DEMAND to see Satan at 11:15 [a.m.],” complained one netizen, smokylimbs.

Someone even volunteered to wear a devil costume to the Christmas fair, if only to give people their photo opportunity with “Satan.” JB 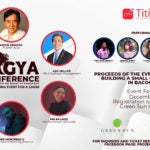 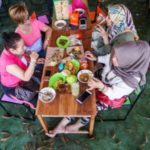