A father quite literally took the wrong step when he tried to prove to his kids that the Tarzan Treehouse attraction in Disneyland was safe by jumping on its bridge last Sunday, Nov. 10 in California. 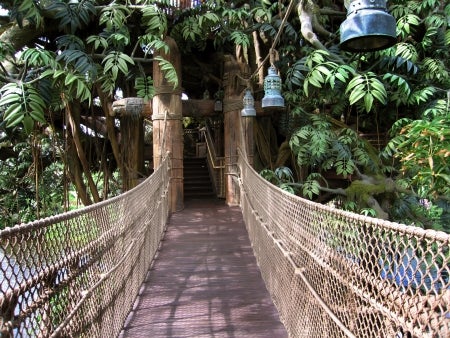 A wooden plank attached to the bridge reportedly broke after the incident, as per MiceChat via CBS Los Angeles on Nov. 11. The name of the man involved in the incident was not disclosed in the report.

The walk-through attraction’s bridge was suspended three-stories above the ground and was immediately closed after the incident.

Disneyland officials said no park visitors were harmed during the event, according to the MiceChat report.