One of the hallmarks of the original Zombieland is The Rules, Columbus’s guidelines on how to survive a zombie apocalypse that pop up on the screen during key moments. The most important? The Double Tap: taking great care to shoot a zombie twice to assure their extermination. Unfortunately for our heroes, the zombies have now evolved and they’re now faced with the T-800s, a Terminator-like species that’s relentless and notoriously hard to kill. 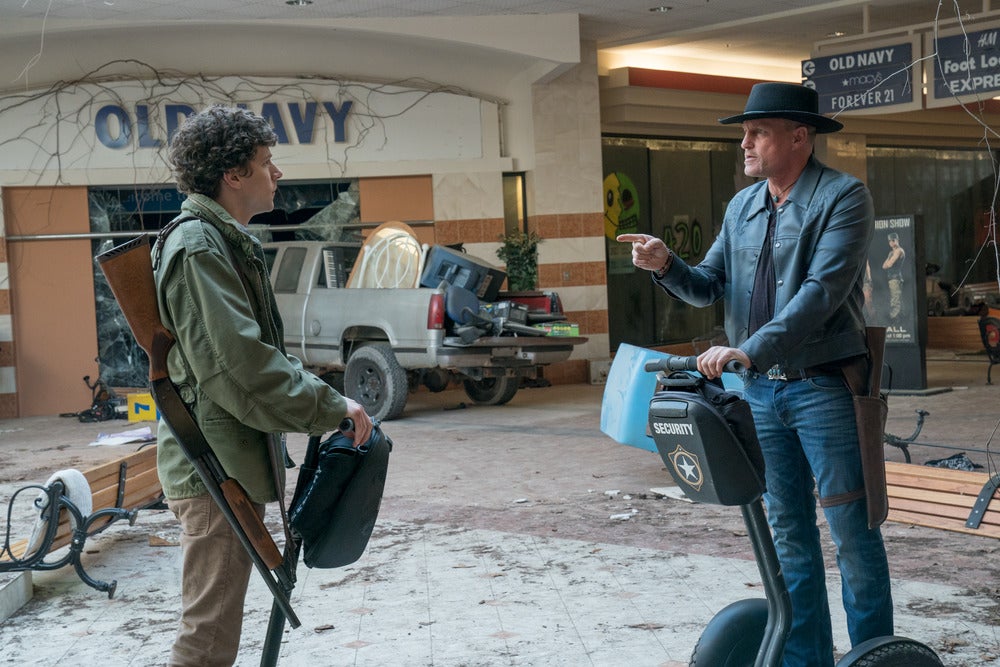 For Columbus, who lived and not died by his Rules, adapting to the new landscape has its challenges. Not only have zombies evolved, but so have the core four, throwing his comfortable life into turmoil. “My character in this movie is a little more confident, but it’s misplaced confidence. He’s been with Woody’s character now for 10 years, but Woody doesn’t still accept that my character’s a worthy sidekick,” says Eisenberg.

“Columbus is a person who has survived this Apocalypse through his own logic rather than brute strength or luck. Like, what would an average person do if they were thrown into this world? If they’re a smart, nervous, humble person, they would try to reason their way through it,” he continues. “All of his OCD and intense planning and attention to detail have allowed him to survive through this list of rules that he’s created. He’s an unlikely survivor of this world, but as you learn about him, you realize, Oh, this is a kind of guy who might actually make it.” 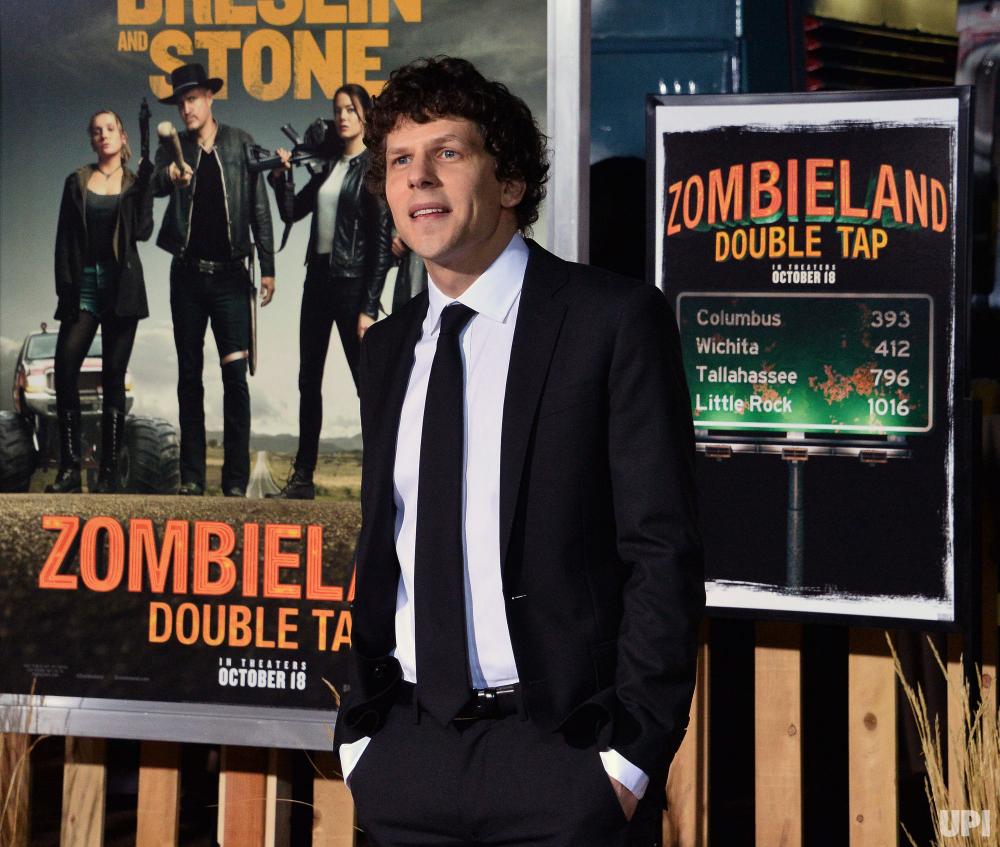 Tallahassee, on the other hand, has unpredictably settled into his new family—despite his wandering nature. He spends most of his time in the garage with the presidential motorcade, pimping up his new ride, The Beast, a presidential limo on steroids. As he has become a father figure to Little Rock (Abigail Breslin), he’s grown into the role, so obviously he bristles when she wants to spread her wings.

“At first, Tallahassee thinks that they have a shared connection and understanding about Elvis and he thinks maybe she’s gone to Graceland,” says Harrelson. “We’re not sure she’ll be safe at Graceland but we want to make sure that we just find her.” Tallahassee bristles again when he realizes how comfortable he has become with this life he never intended to lead. 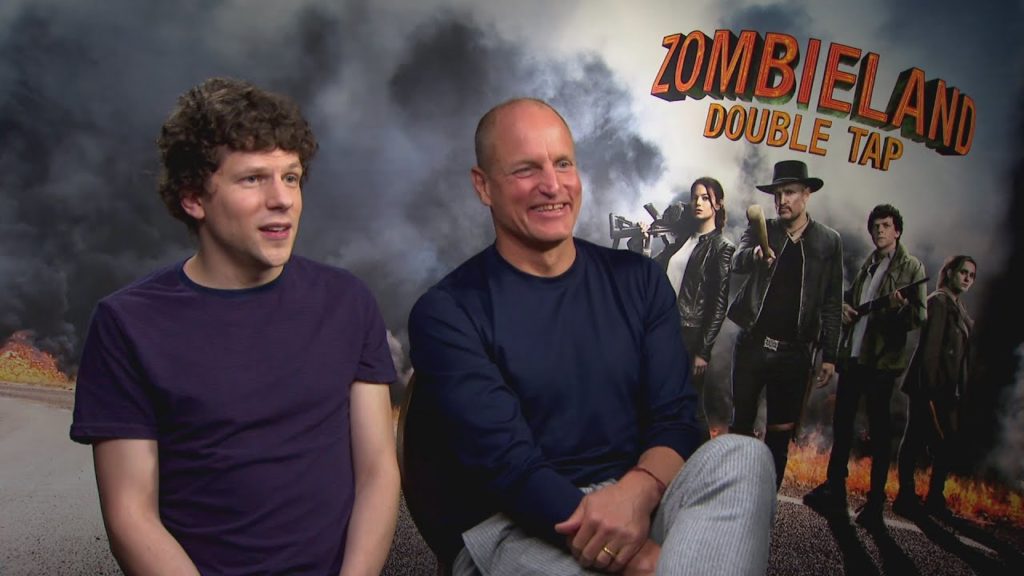 For Harrelson, a return to Zombieland also meant a return to fun. “People always ask me: what movie was the most fun for you to make? And I think the first Zombieland was in the top three of the funniest movies I ever made,” he says. Of course, it didn’t hurt that the cast had developed into a family of their own, staying in touch over the years and carrying their onscreen chemistry to real life.

“It’s just such a fun dynamic,” says Eisenberg. “The random luck of us being nice, normal, funny people makes it work so well. You can put us in any kind of context, and it will always be interesting and entertaining because the interactions we have are endlessly workable.”