iflix, Southeast Asia’s leading entertainment service, today announced the launch of Mystified on SHAREit – so more users and movie fans can watch the movie for FREE. The film is the Company’s first full-length original movie in the Philippines which launched on iflixFREE earlier this year.

Mystified stars Iza Calzado, Karylle, Sunshine Dizon and Diana Zubiri as four sorceresses who are sent to live in the real world to protect a magic portal – except they can’t use any of their powers. They must now come together to protect mankind from a great evil that is coming their way. The film marks the first time the actresses will appear on a project together since working on the smash hit Encantadia over a decade ago. 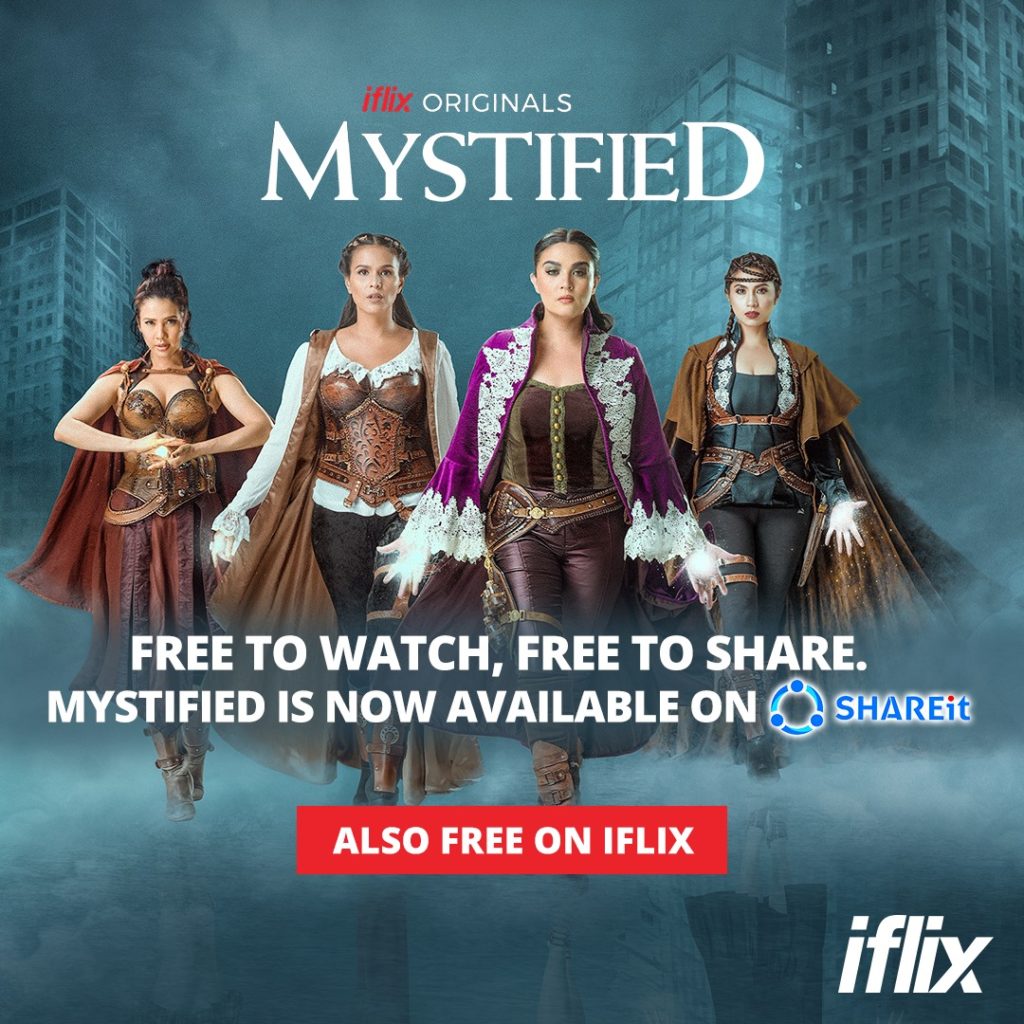 iflix’s strategic partnership with SHAREit, a one-stop content-discovery app is a first in Southeast Asia, is a pioneering move to put greater content access in the hands of every user. Mystified is now shareable and downloadable, for free, on the SHAREit app over WiFi direct technology with no need for mobile data.

iflix first launched its original productions on the SHAREit app in Malaysia, with the launch of the Rise to Power movie and the first season of KL Gangster Underworld, with plans to roll out even more content in the coming months. SHAREit has 120 million monthly active users in Southeast Asia, over 25 million of which are in the Philippines.

Georgette Tengco, Head of Content and Marketing for iflix Philippines, pointed out that the partnership between iflix and SHAREit “opens up the opportunity for users to better acquaint themselves with iflix and its content through Mystified. At the same time, more people will now have access to watch the movie.”
Michael Qiu, CEO, SHAREit Technologies also showed enthusiasm for the partnership, saying, “At SHAREit we are very excited to bring iflix’s premium library of high quality movie, sports and TV content to our 120m+ monthly active users in SE Asia.” Also chiming in is Karam Malhotra, SHAREit Global VP – “It is a great testimony to our partnership that iflix and SHAREit will be launching the blockbuster movie Mystified exclusively for SHAREit users to stream and download anytime and anywhere. We are excited that SHAREit users will be able to access this and many more of iflix’s premium titles for free!