IN PHOTOS: Fans continue to ‘Remember The Name’, Mike Shinoda, after his Manila concert

Known as the co-founder of the rock band, Linkin Park, Mike Shinoda is mainly recognized by fans as the band’s rhythm guitarist, keyboardist, producer, and co-lead vocalist. This time around,  the American singer-songwriter holds his own during his first solo concert in Manila, as part of his Post Traumatic Tour.

Held last September 6 at the New Frontier Theater, Shinoda gave fans an epic performance of his classic songs and newest hits. He showcased his remarkable vocal abilities in the songs, “I.O.U.”, “Make It Up as I Go”, “Hold It Together”, “Lift Off”, “About You”, “World’s on Fire”, and “Running From My Shadow”.

The concert arena was also filled with deafening cheers from fans, who were very happy to hear Linkin Park’s hit songs performed live. He sang the tracks, “When They Come for Me”, “Sorry for Now”, “Keys to the Kingdom”, “Castle of Glass”, “Invisible”, “Roads Untraveled”, “Waiting for the end”, “High Voltage”, “Step Up”, “Numb”, “In the End”, “A Place for My Head”, “Iridescent”, and “Good Goodbye”.

In case you missed his stellar performances, check out the photo highlights below:

The “Post Traumatic Tour” in Manila was presented by Insignia Presents. 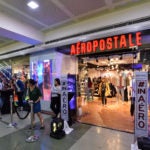 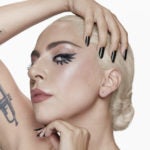