They say that desperate times call for desperate measures—and that’s exactly what Changsheng Rock Material Factory in Xintai, China did to eschew government’s environmental inspection. According to the Global Times, the mining factory resorted to spray-painting the excavated materials to make it look like the site was covered in lush greenery. 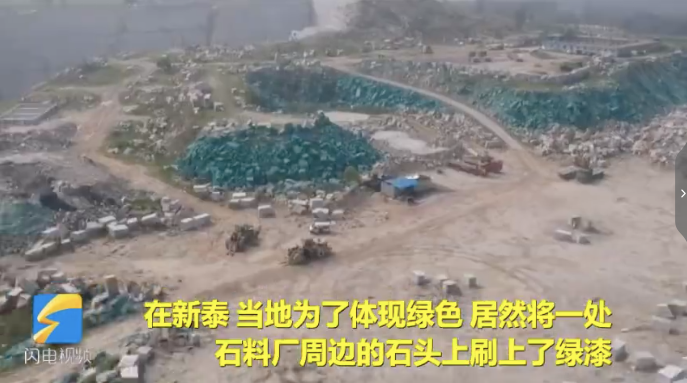 Believing that satellites can only capture images of green areas and shallow waters, the company decided to turn rocks or piles of rubble into a “grove” to mislead environmental authorities. The scheme—which was a futile attempt to outsmart the environment bureau—immediately led to the facility’s shutdown and suspension of people in charge.  And just when you thought that the site had already stopped operating, well local reports claimed that the Xintai factory workers were seen digging pits nearby with trucks coming and going from the site.

Deputy Secretary of the Xintai Municipal Party Committee and Mayor of Xintai, Zhao Shugang, described the Changsheng Rock Material Factory as “a company without conscience.”

SIXTH TONE cited that inspections like this is part of China’s central and local efforts to resolve their longstanding environmental issues. As a matter of fact, 42,195 people were prosecuted by authorities last year due to environmental offenses. But many companies are still unable to meet the environmental requirements despite criminal punishments on suspects and defendants.