After the success of the anime movie “Kimi No Na Wa” (Your Name) in 2016, film director Makoto Shinkai will be releasing his sixth anime feature, “Weathering With You.”

The story is about Hokoda, a runaway high school student from Tokyo, who struggles personally and financially until he works as a writer in a “mysterious occult magazine.” Eventually, he will meet a girl named Hina who possesses a special ability to stop the rain and clear the skies.

Reports said that the film is set to be released on August 21 by SM Cinema, however, Anime Movies Philippines (the official Facebook page of Pioneer Films) announced that the showing of “Weathering With You” in the country will be on August 28, 2019.

According to the Anime Movies Philippines Facebook page, the release date was moved to August 28 due to audience-related factors.

“We will be able to get more cinemas on August 28 so we can reach more fans, especially the ones in the province. Hope you understand and still support us on opening day.”

Last July 16, the anime movie was released in Japan and gained more than JPY 1.6 billion (around USD $15.2 million) in a span of three days—breaking the first three days of Your Name’s JPY 1.2 billion.

We know how excited you are to explore the world of “Weathering With You”, so check out its official trailer first: 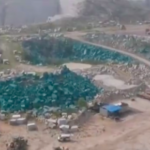 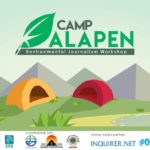