An internationally beloved heroine springs to life on the big screen in Paramount Pictures’ Dora and the Lost City of Gold, the feature film debut of Dora the Explorer, the iconic Latinx trailblazer whose exploits have delighted parents and children alike since her 2000 Nickelodeon debut.

Dora is accompanied by Boots, her monkey companion, and other characters from the series, as well as some brand-new faces. Directed by James Bobin (2011’s The Muppets), Dora and the Lost City of Gold is a high-stakes adventure with enough mysteries, suspense, thrills and laughs to entertain the entire family. “After 20 years, Dora has gone beyond being a TV character,” says Bobin. “She’s a cultural icon with a global appeal.” 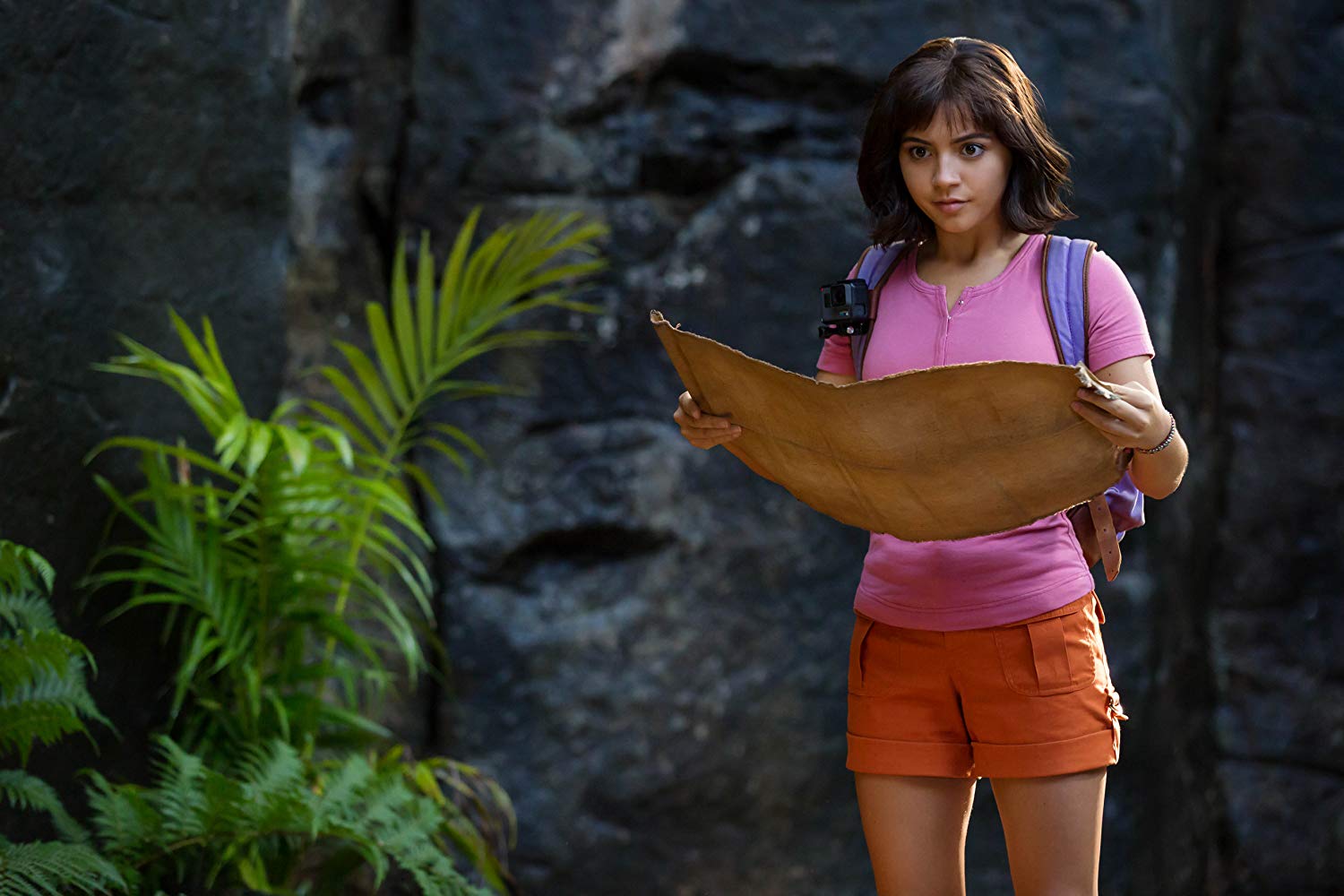 Bobin, who watched the series for years with his own children, notes that its educational elements and clever wordplay have made it a perennial favorite throughout the world. “The show is the story of Dora and her life with Boots and Swiper,” he says. “It’s very small and simple, and aimed very clearly at young kids. I thought, what a fun idea to take that character, but make it play for everyone, from the people who watched it when they were four and are now 24 to today’s little ones and their parents and grandparents. It’s ultimately a film for a family audience that I can watch with my kids, who are 11, nine and six, and may love it for different reasons than I do, but we all can enjoy it.”

In her first live-action adventure, the now-16-year-old Dora (Isabela Moner) leads an action-packed expedition through the Amazon jungle to rescue her parents from treacherous treasure-hunters while also facing her scariest challenge yet ― high school! 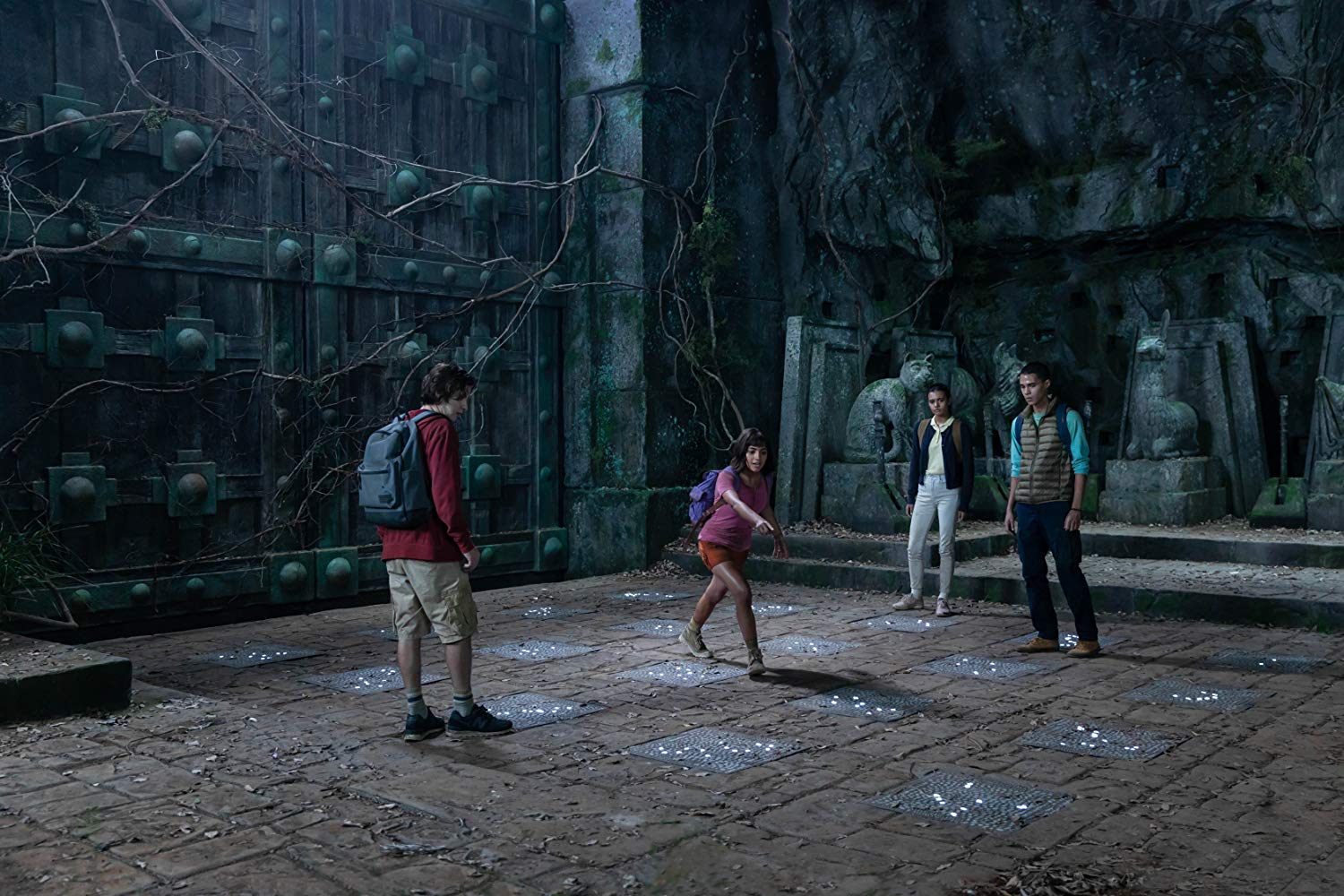 An idyllic early life spent exploring the rainforest with her zoologist mother Elena (Eva Longoria) and archaeologist father Cole (Michael Peña) has done nothing to prepare Dora to face down the most unpredictable creature on Earth, the American teenager. Sent to stay in the city with her abuelita (Adriana Barraza) and her cousin Diego (Jeff Wahlberg), Dora finds herself in a blackboard jungle where her wilderness skills do her little good.

A school field trip to the local Natural History Museum seems like familiar territory to the intrepid traveler, until she and three friends are abducted by a band of thieves who need her to track down her parents and what could be the richest archaeological find in history: Parapata, the ancient Lost City of Gold. Transported to Peru, Dora and her friends are rescued from the bandits by Alejandro Gutierrez (Eugenio Derbez), a mysterious jungle inhabitant. Dora and her simian sidekick Boots (voiced by Danny Trejo) lead a trek into the unknown to save her parents and solve the mystery behind a centuries-old lost civilization.

An instant success when it debuted in 2000, the original “Dora the Explorer” ran for 14 years in the U.S., with international adaptations in almost three dozen languages, as well as popular video games, VHS/DVD compilations, books, a sequel series, “Dora and Friends: Into the City!,” and the award-winning spinoff, “Go, Diego, Go!” With a total of 15 Daytime Emmy Award® nominations, “Dora the Explorer” was honored by the Imagen Foundation and the Television Critics Association. The series also earned a 2003 Peabody Award, the prestigious annual honor recognizing distinguished achievement and meritorious public service in media.

Dora and the Lost City of Gold: Ready to Explore with First Poster

Dora the Explorer
The Lost City of Gold
United International Pictures
INQPOP! Stories we think you might also like: