Irish boyband Boyzone bade goodbye to their Filipino fans during their  “Thank you and Goodnight: The Farewell Tour” last June 23, 2019, at the SM Mall of Asia Arena.

The group, which consists of Keith Duffy, Mikey Graham, Ronan Keating, and Shane Lynch, visited the Philippines for the third time to perform in front of their Filipino fans. Since 1993, they have been touring around the world with Stephen Gately who passed away last October 2009 due to an undiagnosed heart problem.

On their 25th anniversary, Boyzone confirmed their disbandment that broke a million hearts. But before they part ways for good, they decided to reunite with Westlife member Brian McFadden.

During their Manila concert, they serenaded their Filipino fans with nostalgic hits songs,  “Who We Are”, “Love Is a Hurricane”, “Isn’t It a Wonder”, “Coming Home Now”, “All That I Need”, ”Dream”, “Every Day I Love You”, “Key To My Life”, “Talk About Love, “Love You Anyway”, “When You Say Nothing At All”, “No Matter What”, “A Different Beat”, “Picture of You” and “Life Is a Rollercoaster” (Ronan Keating song).

Aside from their original songs, they also played Tracy Chapman’s “Baby Can I Hold You”, Anne Murray’s “You Needed Me”, John Michael Montgomery’s “I Love the Way You Love Me”, Cat Stevens’ “Father and Son”, Bee Gees’ “Words”, The Osmonds’ ”Love Me for a Reason”, Billy Ocean’s “When The Going Gets Tough”.

In case you missed their performance, here are some of the photos highlights: 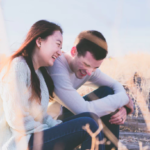 Dating 101: What constitutes as a relationship in the modern era? 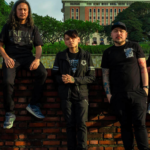