Valley of Chrome, a local band known for their heavy metal music, once again proved that Filipino talent is indeed world-class. After the success of “The Crows and Vikings US tour”, the metalcore band is set to perform at Wacken Open Air Festival in Schleswig-Holstein, Northern Germany.

Back in 2000, Jordan Constantino (bassist/songwriter) and Rogel Africa (vocalist/lyricist ) decided to form a band and call it “Valley of Chrome”. According to sources, it was derived from Cypress Hill’s song “Valley of Chrome” on their fifth studio album called “Skull & Bones”. Later on, they were joined by Tatel Marcelino in 2003, Paul Eusebio in 2009, and Kaloi Cambaliza in 2014. During the course of their career, they have released five EPs and four full-length albums. 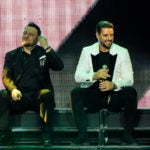 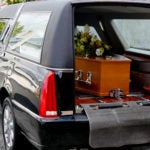