Ever since Stranger Things first appeared on Netflix in 2016, viewers have been itching to know what happens next in the series. Luckily, their wait won’t be too long as the show is set to return on its third season this coming July 4, 2019.

But to give you a glimpse into what awaits Eleven, Mike, Lucas, Will, Dustin, and Max in Hawkins, Indiana, here are a few reasons why we think you should be excited to watch the newest season, based on what we saw in the first few episodes (don’t worry, we won’t be giving you any spoilers!).

Season 3 is stranger than ever

If you thought season 2 was crazy, wait until you watch this one! The story picks up directly after the events of the earlier season, wherein the gang tries to readjust to life back in Indiana. There’s the quintessential dating scenes with Mike and El, Jonathan and Nancy, and even Steve as he adjusts into the single life with the help of Dustin. And who can forget their exciting new hangouts in the local arcade and movie theatre.

However, their happier times in Indiana are cut short when they are once again faced with a supernatural enemy. Because of this, the gang is thrust back into a world that’s full of chaos and surprises. Can they really win again?

Familiar faces will be given more screen time

Last season, fans of the series were introduced to the siblings Max and Billy. Although they got a good understanding of Max in the second season, viewers still have a lot to learn about her problematic brother Billy. And this season, they will be able to do just that as Billy will play a bigger role this time around.

It’s a story viewers can relate to

Every one of us has experienced the highs and lows of love and friendship. And when you’re growing up and going through puberty, these feelings and emotions are heightened. So, you’ll definitely be able to relate to the gang as they experience new friendships and first love this season.

You’ll also be asking, how will Mike and Eleven make their relationship grow? Are Lucas and Max still together? And can Steve really move on after leaving Nancy?

This season is full of action-packed sequences that’ll have you glued to your screens and craving for more. And once you start watching the first few episodes, we’re pretty sure you won’t be able to stop until you’ve reached the last! (We definitely wish you luck on that!)

Catch the premiere of Stranger Things season 3 on Netflix this July 4, 2019. 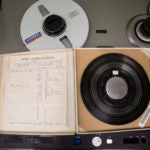 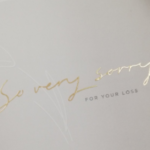