Brussels has decided against decorating its iconic Manneken-Pis statue in a Michael Jackson costume as planned for the 10th anniversary of the United States pop icon’s death, officials said last Friday, June 21.

The decision was made in the wake of a new documentary, “Leaving Neverland”, which since its release this year has revived claims the singer sexually abused children.

“The city council of Brussels has not been insensitive to the documentary and has chosen to adopt a cautious position,” a spokesperson told Agence France-Presse.

Brussels’ famous Manneken-Pis statue of a nude young boy has been cheekily urinating into a Baroque fountain for 400 years.

He is dressed about 130 times a year in various outfits often donated by organizations or embassies to mark a special occasion or event, such as the Chinese new year or the start of football’s World Cup.

Manneken-Pis was initially scheduled to dress as Michael Jackson on June 25 on the initiative of a Belgian fan club, a decision approved by the previous city government.

“Leaving Neverland” relaunched the accusations of pedophilia against the pop icon and was broadcast at the end of March in Belgium.

Belgium was the scene of the Marc Dutroux case, a pedophilia scandal that made headlines around the world and is still in everyone’s memory in the country.

The Belgian criminal was sentenced to life imprisonment in 2004 for the murder of four young girls he had previously kidnapped and raped. Two others who were also raped survived their confinement.

The Jackson film fueled reactions around the world since its broadcast at the Sundance Festival in January and early March on television in the U.S.

“Leaving Neverland” has broken streaming records in Britain and prompted radio stations from Australia to Canada to drop Jackson’s music from their playlists.

The creators of “The Simpsons” also shelved one of the animated series’ classic episodes because it features Michael Jackson’s voice. RGA/JB 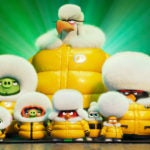 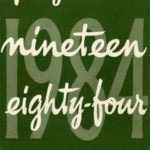