Wherever we are, we have this habit of documenting our lives–and it’s because we are so obsessed with nostalgia or memories. Whether it’s good or bad, we want something to remind us of the people, places, things, and activities that we all loved…or maybe, even hated.

But how would you react if someone photobombed your family picture? In an article posted by The Daily Mail, the Hicks family was having the time of their lives at the Ubud Monkey Forest, during their holiday trip in Bali, Indonesia, last year.

And just like the rest of us, Judy Hicks along with her husband and kids wanted to have a memento of their day trip to the sacred forest. So, they asked their local guide to take a picture of them. But when they saw the image, they were staggered to see a monkey giving them the middle finger. 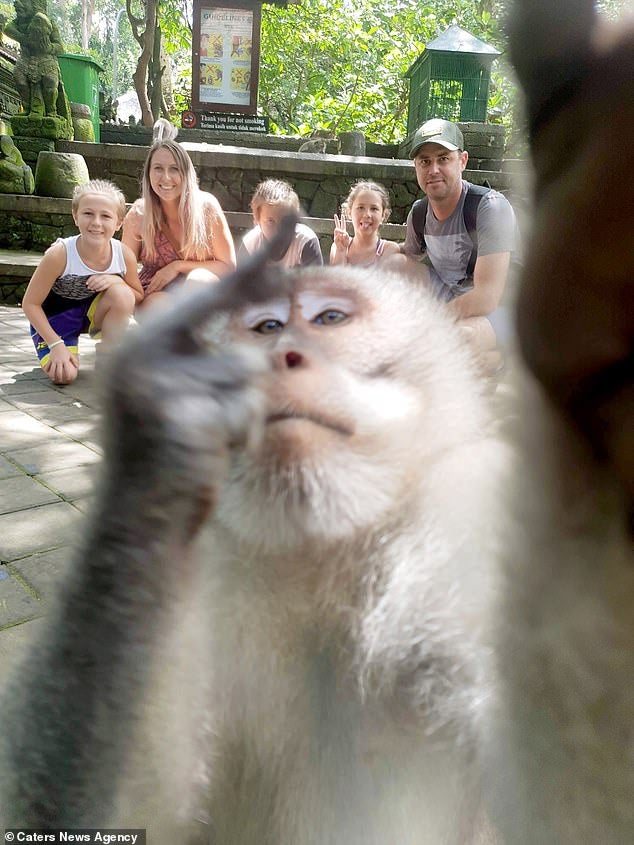 via The Daily Mail

“We were only in Bali for a week and thought it would be fun to go on a day tour around. As part of the tour, we went to the monkey forest. I thought it would be a fun experience. While we were there, a guide offered to take our photo. But as he did, a monkey suddenly came in front of the camera. The guide had peanuts in his hand and then began feeding him. It was really funny,” Judy Hicks told The Daily Mail.

“As I was flicking through the photos afterwards, I noticed that in one of them the monkey was actually giving us the finger. I showed my husband and we both started laughing. We thought it was hilarious. The monkey definitely had a cheeky persona going on. We had such a great time there and these funny photos made it even better,” she added.

Although their picture was “ruined” by a monkey, Hicks still had a good laugh just by looking at it—which she considered as one of the highlights of their Indonesia trip.