Follow us:
The 2019 edition of Art Basel ran from June 13 to 16 in the Swiss city. Image: Image Courtesy of Art Basel 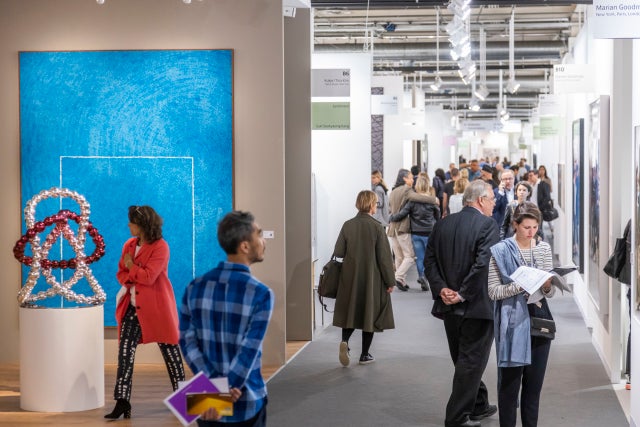 The 2019 edition of Art Basel ran from June 13 to 16 in the Swiss city. Image: Image Courtesy of Art Basel

A girl knocked “Fliege” (Fly) by German artist Katharina Fritsch off its plinth, according to Swiss news agency NAU.

According to NAU, cited by The Art Newspaper, the toddler was wandering through the booth of the Matthew Marks Gallery when she accidentally bumped into Fritsch’s plastic sculpture.

The artwork, reportedly estimated at CHF56,000 (around $50,000 or P2.9 million), fell from its pedestal and a wing fell off during the incident.

A spokesperson for Art Basel told The Art Newspaper that the fair organizers was “informed by the gallery that the work was not damaged.”

This isn’t the first time that a toddler has damaged an artwork. Last June, an American family’s insurance paid out $107,000 after their five-year-old son knocked over a sculpture valued at $132,000 at the Tomahawk Ridge Community Center in Overland Park, Kansas. The piece, entitled “Aphrodite di Kansas City,” by area artist Bill Lyons, was reportedly damaged beyond repair.

The 2019 edition of Art Basel closed on June 16, with reports of overall attendance reaching 93,000. This year, the Swiss art fair brought together 290 international galleries from over 80 countries. NVG