Follow us:
The wooden cabin of Tony Stark and his family in "Avengers: Endgame". Image: Airbnb

You can now stay at the remote lakeside cabin that served as Tony Stark’s refuge in “Avengers: Endgame”.

According to Airbnb, the cottage is located just a half hour’s drive outside Atlanta on Bouckaert Farm. Its claim to fame is its use as the setting for Stark and Pepper’s rustic, isolated cabin in the latest “Avengers” film. 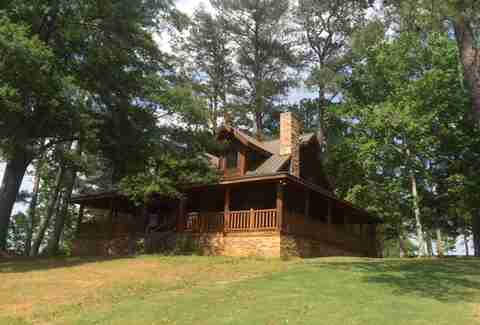 The wooden cabin of Tony Stark and his family in “Avengers: Endgame”. Image: Airbnb

The cottage can fit six people, with three bedrooms and four beds.

Local activities include fishing and horse shows in the area.