Uncover the Best-Kept Secret in the Universe in ‘Men in Black: International’

The Men in Black have expanded to cover the globe, but so have the scum of the universe. And to keep us safe, decorated Agent H (Chris Hemsworth) and determined rookie M (Tessa Thompson) are partnered – an unlikely pairing that just might work.

As they face a new alien threat that can take the form of anyone, including MIB agents, they must join forces on a globetrotting adventure to save the agency and ultimately the world, in Columbia Pictures’ new action adventure Men in Black: International. 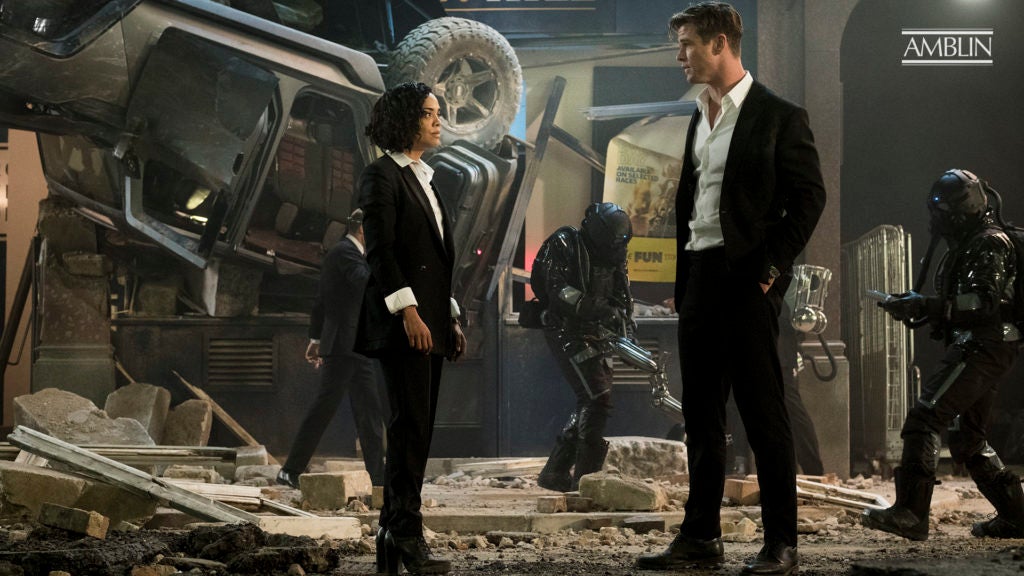 Building upon the idea that there are aliens from other worlds living among us, MIB: International introduces new agents, weapons, aliens and locations, while bringing together some of today’s most in-demand and talented actors, including Chris Hemsworth and Tessa Thompson as the titular heroes, Agents H and M, with Emma Thompson reprising her role as the head of MIB, and Liam Neeson, Rebecca Ferguson, Kumail Nanjiani also taking on key roles.

Walter F. Parkes and Laurie MacDonald return as the franchise’s “guardians,” having produced all four films, starting with 1997’s Men in Black, and have brought on board director F. Gary Gray, whose work encompasses epic action and thrills (Fast and the Furious 8), raucous comedy (Friday) and galvanizing drama (Straight Outta Compton) to bring scale, laughs and a unique vision to the sequel. 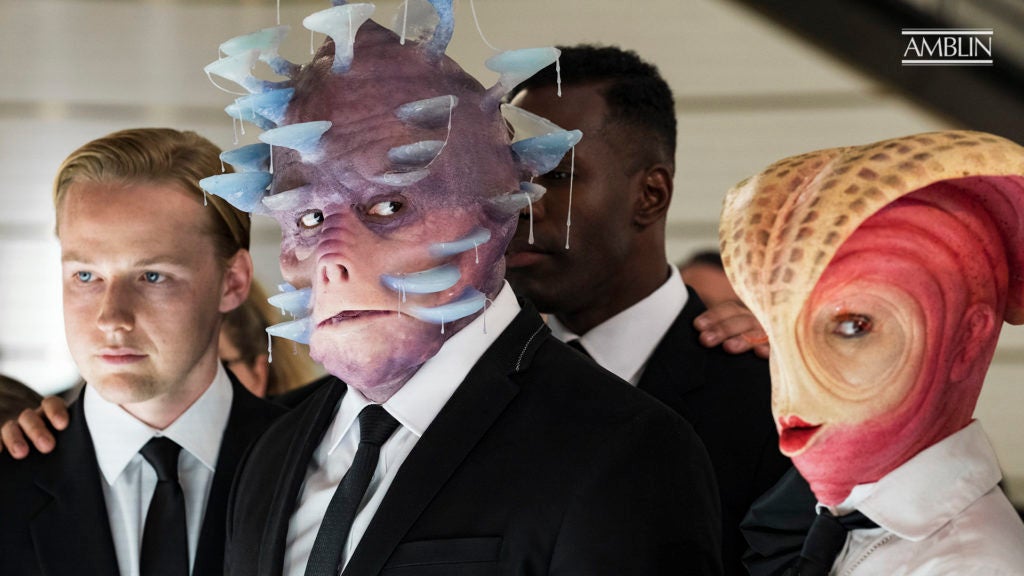 MIB: International screenwriters Art Marcum & Matt Holloway had earlier penned the screenplay for Iron Man, which helped launch the Marvel Cinematic Universe – and whose tone was inspired by MIB. Indeed, the MIB franchise is defined by its creativity and inventiveness – blending comedy, science fiction and adventure, a mix that other franchises would follow.

The gadgets, weapons, creatures and costumes are all part of the impressive world-building for which the Men in Black films are so beloved. But behind it all, you’ll find some even more impressive magic. Notes Walter Parkes: “Men in Black: International takes you on a journey into an exciting hidden world that’s available if you just look hard enough. We hope that in addition to being entertained, you’ll come out of the film and look at your own world with fresh eyes.”

Chris Hemsworth
Columbia Pictures
Men in Black International
Tessa Thompson
Uncover the Best-Kept Secret in the Universe in 'Men in Black: International'
INQPOP! Stories we think you might also like: