To give the monster apocalypse “Godzilla II: King of the Monsters” a human face, writer-director Michael Dougherty enlisted an acclaimed, international, culturally diverse cast to bring to life the team of scientists, soldiers and civilians banding together against the monster horde, led by Kyle Chandler, Vera Farmiga and Millie Bobby Brown, as Mark, Emma and Madison Russell, respectively.

A sequel to the 2014 blockbuster “Godzilla,” the new film “King of the Monsters” follows the heroic efforts of the crypto-zoological agency Monarch as its members face off against a battery of god-sized monsters, including the mighty Godzilla, who collides with Mothra, Rodan, and his ultimate nemesis, the three-headed King Ghidorah. When these ancient super-species—thought to be mere myths—rise again, they all vie for supremacy, leaving humanity’s very existence hanging in the balance.

“I think it’s a big old popcorn extravaganza,” cast member Kyle Chandler attests. “Mike came in with a pretty stunning vision of a world overrun with 500-foot-tall monsters and a story that makes you care about what’s happening to the humans at their feet, and I’m very excited to see them mesh together. My great expectation for the film is that people sitting in the theater will look up at this vast world and believe it could actually exist.”

“This movie is a veritable cacophony of crazy, ancient super-species and people will feel the action and adventure and have that adrenaline rush,” adds his fellow castmate Vera Farmiga. “But it’s also important to tell a story that resonates, and I think this is a story that does. That’s why Godzilla is still such a powerful figure. He shines a light on real things. What’s not to love about an atomic-breathing, 800-megaton monster who makes us feel all too human?” 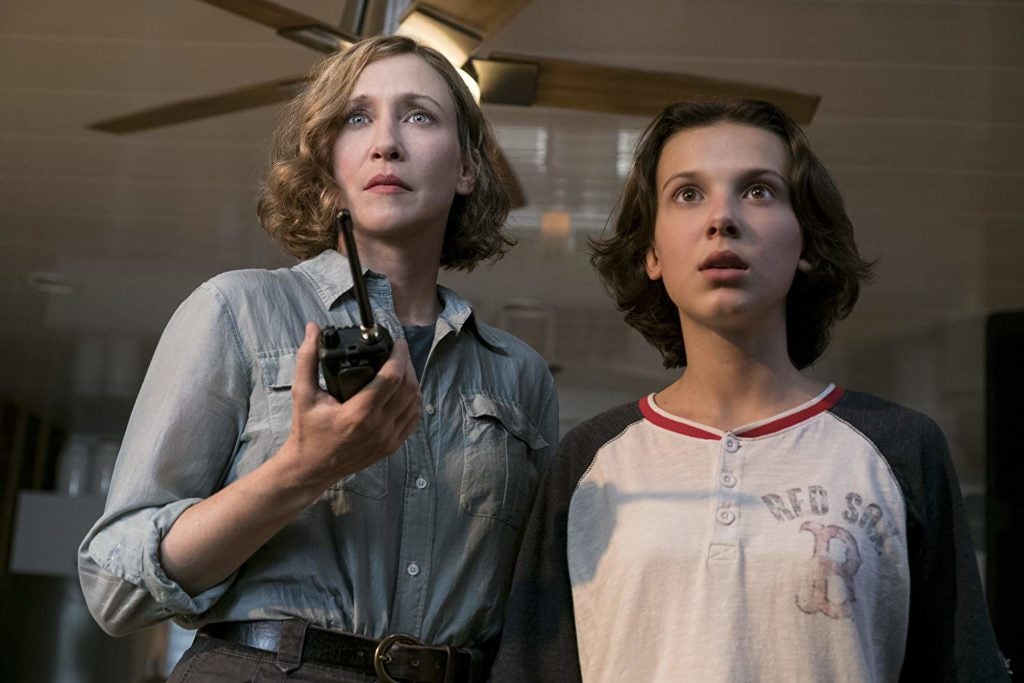 Taking on her first-ever feature film role, “Stranger Things” phenom Millie Bobby Brown knew she was jumping head-first into the deep end—a marathon shoot with a physically challenging role and a heavy visual effects component. “But I accepted the challenge and loved it!” she says. “The whole experience was very exciting. The action scenes were super-fun—to watch and to do. Just the scale of everything was so much bigger than anything I’m used to, and I never thought I’d be working with some of these actors. If people think that just because I’m in the movie I didn’t still fangirl… I was seriously fangirling,” she laughs.

With Kyle Chandler and Vera Farmiga playing Brown’s estranged parents, the three didn’t have to work hard to develop a family bond. “We had a great time,” Chandler says. “With any film, the final results are important, but it’s the process and the people and the friendships that stick with you. We had a great cast and amazing crew on this. I don’t think there was any time when we didn’t find the best in it.” 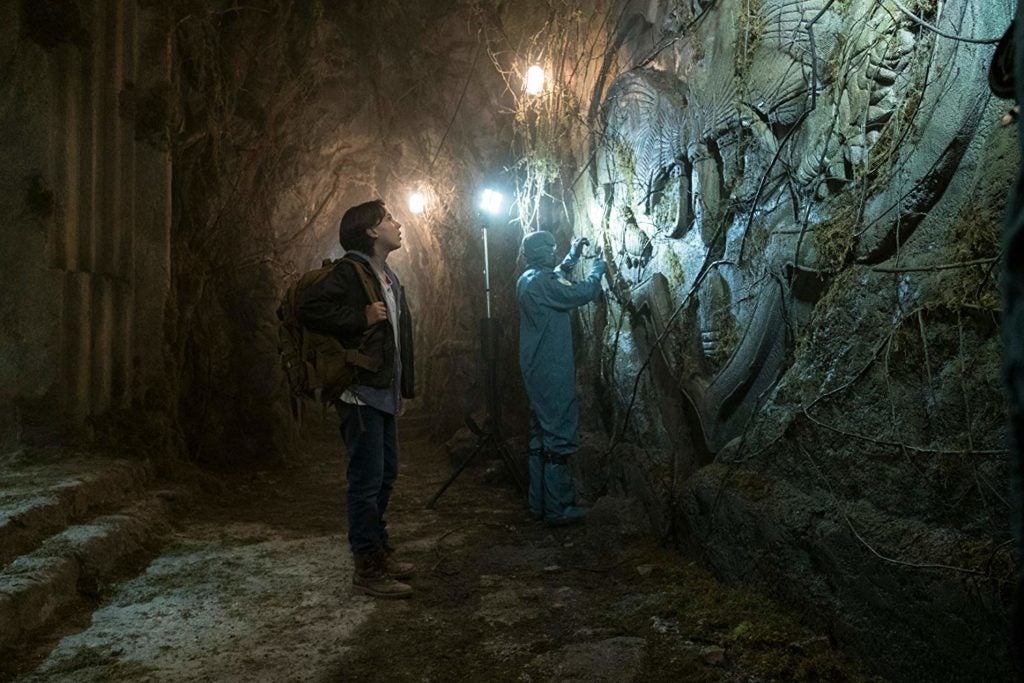 “It was very easy to snap into that closeness and feel the affection that these characters have,” says Farmiga. “Millie was just a joy, constantly singing and dancing and teaching me Fortnite dance moves.”

“I taught her how to dab. It’s hot,” Brown quips. “And Kyle was amazing. I watched every episode of ‘Friday Night Lights’ so I’ve been a fan since I was like seven.”

In Philippine cinemas May 29, “Godzilla II: King of the Monsters” is distributed in the Philippines by Warner Bros. Pictures, a WarnerMedia Company.