Can we really find our happiness through dating apps? Are they real? Or are they just for fun?

Using dating apps maybe weird for some especially for the so-called “grannies” and “titas” but in this generation, it’s just as typical as surfing the net or binge-watching your favorite series. The truth is that dating apps are real–real for those who are intent on finding their better half. Take for instance, this couple who is now happily married after meeting online.

Although there are many success stories of people finding love online, there are also tragic and failed connections.

Case in point, the traumatic story of Cecilie Fjellhoy whose Tinder date was Shimon Hayut, a man who called himself the “Prince of Diamonds” as he was “the son of Jewish billionaire diamond merchant Lev Leviev,” as reported by the Daily Mail.

However, their story was far from perfect. According to Fjellhoy’s interview with ABC news, she despised Hayut for using her and taking her money away.

Much like a modern fairy tale, Shimon Hayut asked her to go on a date via jet plane. There, he promised to bring her to France from Bulgaria. When Shimon Hayut won he affections, he asked her to apply for a credit card, to which he spent around 200,000 USD (approximately 10, 550,000 PHP).

When Fjellhoy learned about what had happened to her money, she went through a wave of depression and was admitted to the psychiatric ward because of her suicidal tendencies.

At the moment, the Daily Mail reports that Hayut is now wanted in Israel, England, Norway, and Sweden.

It’s good to remember that transactions like online dating could cause issues like identity theft–a result of giving your personal information and credit card and bank accounts to other people. It could also harm you personally through threats. Sending nude pics and other personal details of yourselves can become added leverage to these threats.

Never forget that entering into a relationship is not a joke. And even though, technology makes everything “instant,” there are things that are worth taking caution on.  So, the next time you swipe right on someone, be extra careful of who you communicate with./FM

If senatorial candidates presented themselves in a dating app, would you give them your approval?

From ‘UPdate’ to ‘Ateneut’ is this a battle of dating sites?

‘PEUTP’ a dating app made for PUP students is coming soon 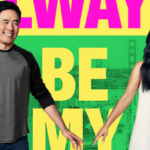 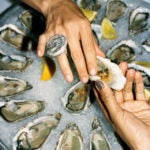 Mia Larsson and & Other Stories are recycling oyster shells into jewelry