Jay Baruchel Lends Voice to Hiccup One Last Time in ‘How To Train Your Dragon: The Hidden World’

Jay Baruchel, who voices Hiccup in the beloved How to Train Your Dragon series, is feeling nostalgic.

“I’ve played this character through hundreds of hours and over 10 years,” says Baruchel about voicing the young Viking Hiccup in the How to Train Your Dragon film trilogy and TV series. “Most people work their whole lives and are never lucky enough to be part of something that’s half as impactful as any of these movies — let alone all of them. It’s a pretty special thing.”

In How to Train Your Dragon: The Hidden World, the final film in the trilogy, Hiccup, now chief and ruler of Berk alongside Astrid (America Ferrera), Hiccup has created a gloriously chaotic dragon utopia. But when the sudden appearance of Light Fury — a stunning and shimmering all-white dragon who exists on pure instinct — coincides with the darkest threat their village has ever faced, Hiccup and Toothless must leave the only home they’ve known and journey to a hidden world thought only to exist in myth. As their true destinies are revealed, dragon and rider will fight together — to the very ends of the Earth — to protect everything they’ve grown to treasure.

“People adore these films, take possession of them and use them as a means of identifying themselves — everything from cosplay and fan fiction to artwork and tattoos,” says Baruchel, whose vast credits include blockbusters Knocked Up and Tropic Thunder, Oscar®-winning Million Dollar Baby, and most recently, the critically acclaimed TV series Man Seeking Woman. “Our fans treat our movies and TV shows as an actual universe unto themselves. They feel a part of this world. It is every artist’s dream to create something that means what these movies and TV shows mean to our fans. That’s something I could never have anticipated, and it is not lost on me. I’m very proud that we have consistently embraced and hammered home a message for square pegs everywhere: Just because life has been a certain way doesn’t mean that’s how it has to be; just because you aren’t like everyone else doesn’t mean you don’t have something to offer.”

As he says goodbye to the franchise that has been so instrumental in his career, Baruchel identifies with his character’s sense of loss and hope in this final chapter of his story. “Hiccup sees the writing on the wall that Toothless is in love and that’s something for Hiccup to have to contend with,” the actor says. “It will play into that crisis that Hiccup must ask himself: ‘Is everything I do for Toothless for his benefit or for mine?’ If it’s for Toothless’, then that means he has to back off. That’s difficult for them because of their profound connection — one that started with Hiccup trying to kill Toothless, failing at that, then saving and nursing him. It’s hard to let go of the reins. Whatever was good in Hiccup was made better by dragons.”

Fortunately for Hiccup, he’s not alone. As he begins to champion his late father Stoick the Vast’s (Gerard Butler) mantle, the boy who once rejected all his father represented now understands more of what shaped the former ruler of Berk… and the leader he must now become. “Hiccup is forced into making big, tough decisions with the future of Berk on the line,” says Baruchel. “I don’t know that he could do that without hearing his father’s voice or feeling his father’s spirit. So he has these lovely dreams, flashbacks where his father bestows bits of wisdom that will help steer Hiccup on the right course. Even if his father is not with him anymore, he’s still around in a big way. All of Hiccup’s life he has been contending with his father’s legacy. This is the part of the story where he embraces it.” 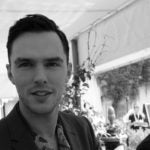 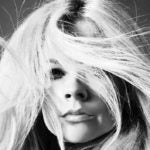