The Ikarus Theater Collaborative, an independent theater group based in Marikina, will open its sixth season with Ang Manikang Kuneho, a Filipino musical adaptation of Margery Williams’s The Velveteen Rabbit.

In Ang Manikang Kuneho, a stuffed rabbit finds a new home with a young boy where she longs to be “real”, although she does not fully understand what that means. She only knows that, to be real, she has to be loved fully, loved until she is worn-down, until only one person can ever find her lovable. 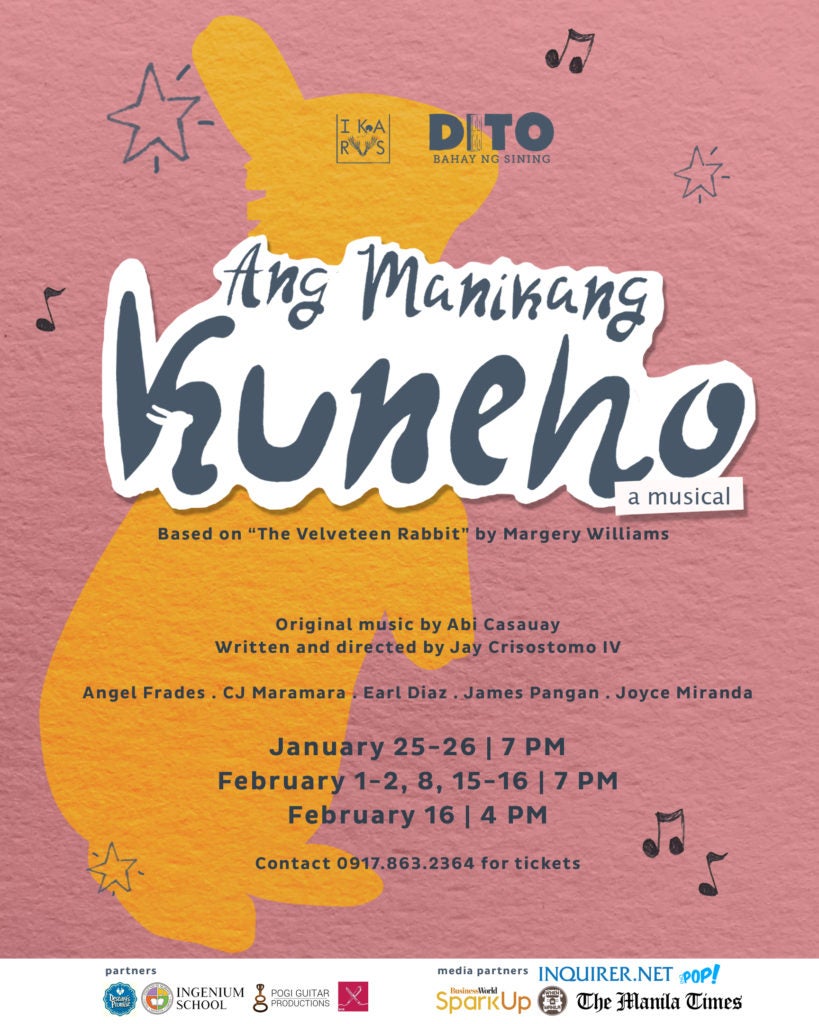 This timeless tale of love and childhood will be brought to life by CJ Maramara, Mary Joyce Miranda, James Vic Allen Pangan, Angelique Frades, and Earl John Diaz, under the direction of award-winning director Jay Crisostomo IV, who also adapted the children’s story for the stage. The music for the play was composed by Abi Casauay.

The Ikarus Theater Collaborative has been holding a Toy Drive beginning last year in November and ongoing until the end of the show’s run for the benefit of the children of Destiny’s Promise, a non-profit institution that takes in orphaned or abused children to give them a forever home within and outside of their facilities.

Ang Manilang Kuneho
Hop on this musical adaptation of The Velveteen Rabbit this February 'Ang Manikang Kuneho'
Musical play
pop culture news
INQPOP! Stories we think you might also like: