You will be ‘otterly’ surprised by the koi killings at Vancouver’s Dr. Sun Yat-Sen Garden

Otters are one of the cutest aquatic mammals because of their chatty and fluffy nature. They are classified into two kinds – the sea otter and the river otter. River otters are smaller than the sea otters, with an average weight of 10 to 30 pounds and a small head with cylindrical body. These charming animals are part of the carnivorous Mustelidae family which consists of badgers, skunks, weasels, and, wolverines.

Despite their adorable appearance, otters are considered dangerous because they grew up in the wild. They use their sharp claws and strong canine teeth to make short work of their prey.

Recently, there has been news circulating about a sneaky river otter bingeing on a koi pond at Dr. Sun Yat-Sen Classical Chinese Garden – the first Chinese or “scholars” garden built outside of China in Vancouver, British Columbia, Canada.

Most of the Vancouverites favored the otter’s behavior even though it killed and ate 11 out of 14 pricey carps that live in the traditional garden for decades. This is because otters, in general, are indigenous and their population in Canada could possibly be affected due to major threats. Toxins coming from freshly spilled crude oil may penetrate through their fur, causing them to suffer from hypothermia. 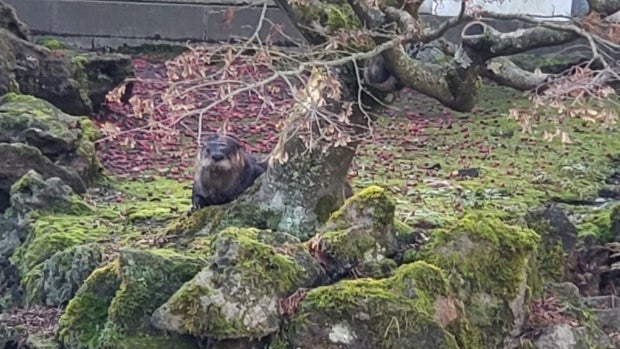 Moreover, the staffs are eager to catch the otter intruder by setting up a trap within the Chinese garden. While the management of the garden decided to relocate the remaining koi for safekeeping since the otter remains at large.

Meanwhile, netizens did not miss the chance to picked their sides by using the hashtags #TeamOtter and #TeamKoi on their Twitter posts.

I will say, regardless of whether you're #TeamOtter or #TeamKoi, I hope those engaged with #Otterwatch2018 are also aware of the plight of #freshwater biodiversity – which is in free fall. Down >80% since 1970. We need a #NewDealForNature for otters AND fish. pic.twitter.com/K8V7zTavrT

get em all. Clean that pond out! #TeamOtter

I would like to declare my #TeamOtter bias. I know you are all shocked. Not his fault he's smarter than like everyone ever and cuter. https://t.co/Q8F3ymf1yw

My god I've been on the wrong side of history. // An Otter Is Winning Big Support in Vancouver, but I’m #TeamKoi via @TheTyee https://t.co/oJkwzdwsma

#TeamOtter of course. Koi are not indigenous to Canada. Otters are

Indigenous Otter tired of settlers decides to eat all the Koi in first step to overthrowing colonialism. #TeamOtter https://t.co/XndUJduSGI

Get back in the river you dang otter #teamkoi https://t.co/5w2VznKNmn