Meet Max & Fred, the loyal pets of ‘The Grinch’

The grumpy Grinch may be out to steal Christmas, but his loyal, animal friends may inadvertently  steal the thunder from him when it comes cuteness, in Universal Pictures and Illumination’s new comedy adventure The Grinch starring Benedict Cumberbatch.

Watch the new The Grinch TV Spot below.

The Grinch’s loyal canine companion doesn’t speak a word, but his devotion to the Grinch allows the audience to see the goodness in the character, too. “The relationship between Grinch and Max is the number one relationship in the movie,” director Scott Mosier says. “When the Grinch’s heart grows three sizes at the end of the film, Max is the one character who has known that was always there inside the Grinch.”

And in this new version, he’s far more than just a pet. “Max is the Grinch’s best friend,” Benedict Cumberbatch says. “Max is all things to the Grinch. He is a barista, a manservant, a sleigh puller, friend, consoler, companion, guard dog, kind-of-indifferent drum player. He’s a remarkably adept dog. If only there were more Max’s in the world I’m sure some of our problems would be solved. But he’s an extraordinary character and, like most animals, will probably steal the show. He’s very lovable, and his loyalty to the Grinch is sort of heartbreaking. He’s so loyal to this miserly, green guy. It pays great dividends by the end, but it’s a long road for Max.”

Max is also, in some ways, a surrogate for the audience. “Through the course of the film, even though we get the sense that Max might not share all of the Grinch’s attitudes, he loves the Grinch so much that he’s willing to go along with him at any cost,” producer Chris Meledandri says. “Our Scott Mosier and Yarrow Cheney have managed to capture Max as a character— giving him qualities that are wise and slightly anthropomorphized — while never breaking the reality of Max being a dog. As an audience, you’re always seeing him as the dog that he is.”

“Fred is one of the most unexpected new characters we introduce in the film,” Meledandri says. And one of the new characters likely to become every kid’s favorite plush toy. A rather portly reindeer, he crosses paths with the Grinch early in the planning stage to steal Christmas. The Grinch attempts to capture a reindeer to pull his sleigh on Christmas Eve, but just as he approaches a large herd, a screaming goat scares them all away. All of them, that is, except Fred, who’s found a patch of grass that he’s devouring.

Like Max, Fred never speaks, but he quickly becomes a sweet comic foil to all the Grinch’s grumpiness. “Fred really takes this little family of two – Grinch and Max – and turns it into a family of three,” Meledandri says. “He’s so well-meaning and he wins you – and the Grinch – over with humor and emotion.” Also, he’s a really good snuggler. 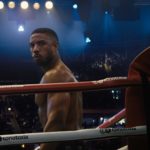 Michael B. Jordan: On family, fatherhood and the fight of his life in ‘Creed II’ 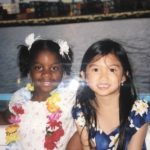