Cosplayers geek out at the 10th year celebration of Cosplay Mania

When people hear the word “otaku,” the first thing that comes to mind is “someone who’s obsessed with manga, anime, video games, computers and/or any particular aspect of pop culture.” Aside from referring to people with such obsessive interests, the word otaku, in Japanese, also means “you” or “your house,” which implies otakus as lifeless nerds or socially awkward that they would rather stay at home than leave their house.

To celebrate otakus’ love for Japanese pop culture, hundreds of them attended the Cosplay Mania 2018. This two-day event was held at the SMX Convention Center last September 29-30. The convention was filled with cosplayers dressed as their favorite characters, exhibit booths, and awesome stage performances.

J-culture addicts went crazy over a variety of anime merchandise and collectibles like keychains, shirts, stickers, posters, and more. While the fans of Star Cosplayers like Ola Aphrodite, Astarohime and Hakken got ahold of their pre-order merchandises from the official Cosplay Mania shop located at Hall Ex.

More than just a gathering of cosplayers, Cosplay Mania 2018 was also a way of giving people a chance to exhibit or show off their design flair.

IN PHOTOS: Anime-tastic activities at the Anime and Cosplay Expo 2018 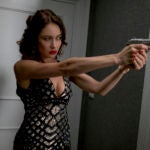 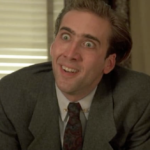 Nicolas Cage is not happy about the ‘cage rage’ internet memes