How ‘Adventure Time’ captivated a generation of kids and young adults

It’s true that cartoons will always have a special place in our hearts. It has always been the easiest and frequent source or form of entertainment for everyone. And whether the characters or certain episodes relatable or not, we all had that favorite cartoon that made us laugh and cry.

Aside from being a source of entertainment, cartoons have continued to be a part of our societal culture. More than just some cutesy and colorful animations, these kids’ shows can also be expressive, comical, political, and at times, philosophical.

This is why cartoons always appeal not just to kids but to adults as well.

When we talk about cartoons today, “Adventure Time” is definitely one of those most-loved animated series. It is created by Pendleton Ward for Cartoon Network and produced by Frederator Studios and Cartoon Network Studios. The series is all about the adventures of a boy named Finn and his best friend and adoptive brother Jake — a dog who can morph into different shapes and sizes at its own will.

Finn and Jake live in the post-apocalytic Land of Ooo. Every day, they would embark on new and thrilling adventures with Princess Bubblegum, Ice King, Marceline the Vampire, BMO and others.

This animated post-apocalyptic fairytale was able to target a broader audience of kids and young adults. As creator Pendleton Ward has said about his fictive universe, “It’s candyland on the surface and dark underneath, and that’s why it’s compelling, I think.”

After 8 years on television, “Adventure Time” needed to say goodbye through a bittersweet ending that was aired last September 3, 2018.

Of course, it isn’t easy to replace something as great as Finn and Jake, right? So, we listed down what makes “Adventure Time” different from the rest of the kids’ shows:

1. Adventure Time is definitely a show full of contradictions

Well, contradictions aren’t a bad thing, okay? Actually, this element is what separates the show from the usual cartoons that are being aired on TV. It was funny with some emotional complexity; it was free-associative in form but the plot was carefully considered and planned. It was mature, but at the same time, it had this tinge of innocence.

Over its seven seasons, we had seen characters grew up. Finn developed from a boy to a teenager who’s slowly figuring out how to be a good friend, or a good person, in general. There were also changes in some characters like Princess Bubblegum, Marceline, and of course, Jake.

The moral message of this series is change is constant and growth is always good. Being open and supportive of your buddies’ growth is the best thing that you can do for them.

Another aspect that made this animated series unique and compelling is its progressive appeal to adults and young adults. Adventure Time presented themes that really spoke to the current generation. There were episodes that tackled the human stupidity, political and financial instability, the problem with gender roles and the environmental collapse.

But, just like what they will alway say, “All good things must come to an end.”

We may have different reasons why we can’t seem to get over with “Adventure Time,” but one way or another, this left us a mark that will always remind us that change is inevitable — whether it’s good or bad.

A rainbow moment in Indias history: Homosexuality is no longer a criminal offence

Cartoons and Fake News: A Rude Awakening into the Plague of a Digital Society 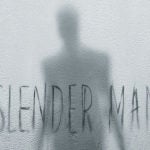 ‘Slender Man’ – From internet sensation to a big-screen horror-thriller 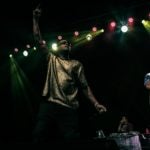