Lucasfilm recently announced that a new Star Wars series is already in the works and slated for release come fall of this year.

Star Wars Resistance will be the first show that is “anime-inspired,” unlike its predecessors Star Wars: The Clone Wars (2008) and Star Wars Rebels (2014) that were both in 3D CGI.

According to the series creator Dave Filoni, who also produced the first two series, the show captures the thrill of high-speed racing notable in Star Wars history through the anime-inspired style — something they wanted to try for a long time.

“The idea for Star Wars Resistance came out of my interest in World War II aircraft and fighter pilots. My grandfather was a pilot and my uncle flew and restored planes, so that’s been a big influence on me,” said Filoni.

“There’s a long history of high-speed racing in Star Wars, and I think we’ve captured that sense of excitement in an anime-inspired style, which is something the entire team has been wanting to do for a long time,” he added.

Set before Star Wars: Force Awakens, the series follows the story of a young pilot, Kazuda Xiono, who was recruited to spy on the First Order — which was a growing threat at that time. Fans can also expect to see their favorite characters: BB-8, Poe Dameron (voiced by Oscar Isaac), and Captain Phasma (voiced by Gwendoline Christie). It also promises to “…bring viewers across generations an engaging story with heart, humor and both new and familiar characters.” 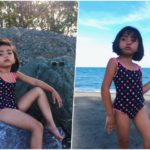 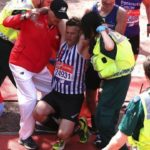 London Marathon runners struggle in 24C heat, confuses the rest of the world