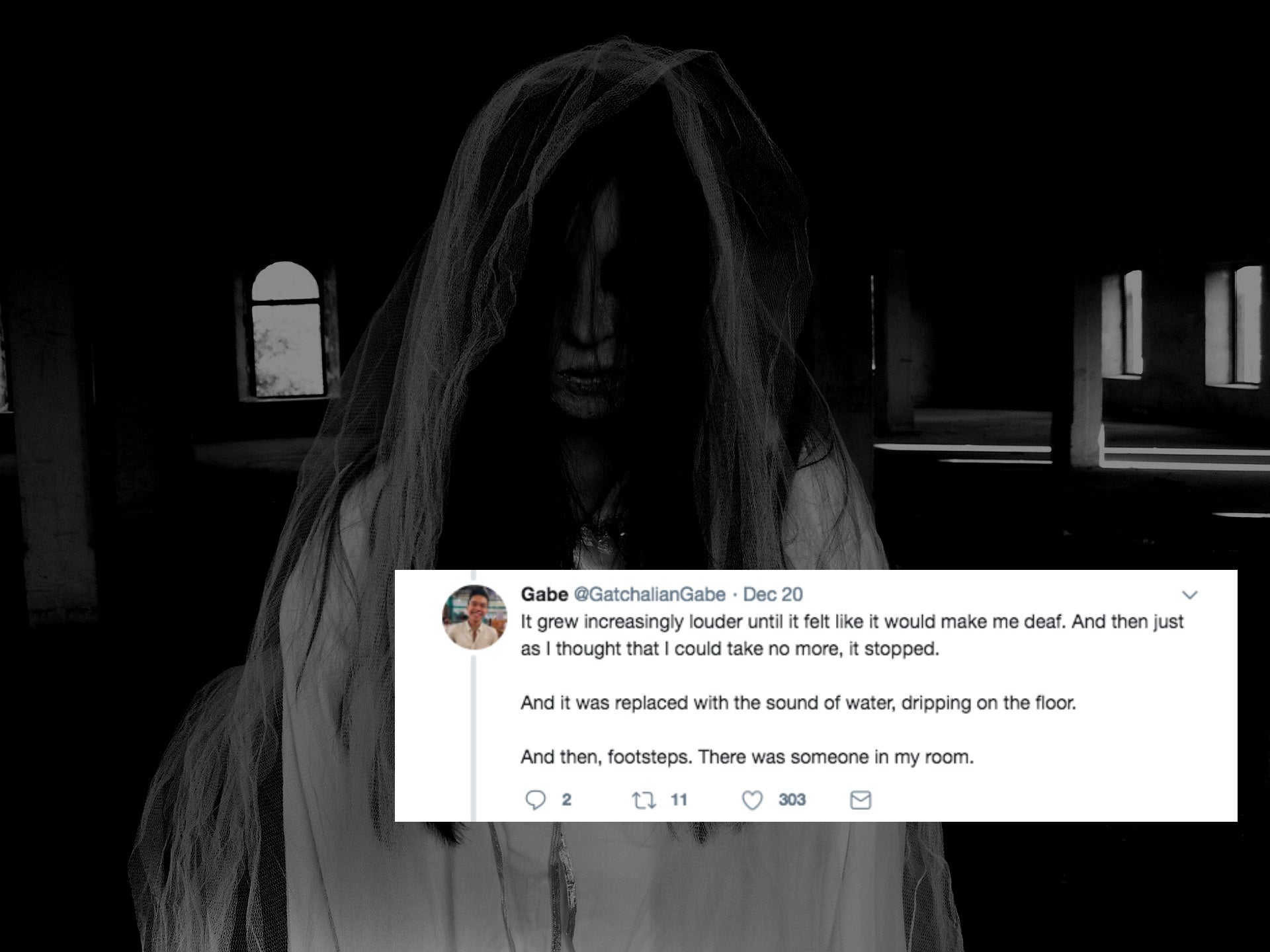 This December, we all got chills from reading Adam Ellis’s “Dear David” story on Twitter. Today, prepare to witness yet another hair-raising story on Twitter about a Pinoy college student who’s experienced some strange encounters with the paranormal entity in his room.

This is the story of Twitter user Gabe’s experiences with the ghost of a little girl. And be warned, this is not a tale for the faint of heart! 🙈

The story begins with Gabe explaining his past and how he has somewhat had visions of ghosts during his childhood.

From my childhood, I had an imaginary friend and he only ever appeared in a certain area in our old house.

I only realized that imaginary friends weren’t supposed to talk on their own when we left our old home because no one was replying anymore. 🙂

Then a few months back, Gabe’s sixth sense was put the test when he started encountering some strange activities in his room. It all began when his queen-sized bed was taken away.

Out of respect for the ghost, Gabe always left a certain portion of his then queen-sized bed unoccupied for the ghost to utilize. But when his bed was replaced with a smaller one, Gabe started to feel a change in the room’s atmosphere. He explains:

Someone else had to use the big bed, so it got switched to a single bed. She didn’t have enough space anymore. And that’s where things started becoming peculiar in my room.

It was simple signs, at first. They were things that—if you told other people about—felt like a joke as if my eyes were tricking me.

1st thing that I noticed was that she had a thing with glasses and cups.

There were multiple times that I placed a cup on my wooden table, and it kept rotating back and forth. And then, as if an invisible finger pushed the cup, it would move a little bit.

I looked around my room, and saw that my office chair was in the middle of my room, facing me. But no one was sitting there. I clearly remember placing it on a corner next to my table (which was near my window).

I couldn’t be bothered to put it back to its original place. So, I just stared at it (lol) and just as I was about to close my eyes, the chair started spinning around.

It was only during that time that I was sure there was a ghost in my room playing with me. So, I played with her.

These things soon happened often enough for me to see them as normal. And since she wasn’t doing anything drastic or creepy af, it was alright for me. HAHAHA

However, these events were just the beginning of a series of bizarre happenings in his home. Gabe also recalled a time when he heard a girl laugh while he was in the shower — an unusual coincidence because no young girl lived in his house.

But none of these incidents can compare to what happened to Gabe during the day he woke up from sleep paralysis. The following tweets detail the events that transpired that morning:

One day at around 3 in the morning, I had sleep paralysis again.

But something was different. It was quiet. There was no crackling. And even worse, I tried everything but I couldn’t snap out of it. And then, the crackling sound came.

It grew increasingly louder until it felt like it would make me deaf. And then just as I thought that I could take no more, it stopped.

And it was replaced with the sound of water, dripping on the floor.

And then, footsteps. There was someone in my room.

I couldn’t see anything because I was facing the wall and I sleep with a pillow above my head.

And since I was getting hella nervous, I started praying.

“The Lord is with me.” I prayed over and over again. I couldn’t move my mouth, so I just said it in my head.

And as I was praying this, it drew closer to me until I could hear its breathing. It was so close to my ear that I could feel the heat of its breath.

And for a single moment, everything became so silent to the point that I couldn’t even hear my heart beating anymore.

“Is the Lord really with you?”

Luckily for Gabe, the early morning light was starting to slip through his windows and illuminate his room. That’s when he felt the entity leave.

Recently though, Gabe admits that the entity has not done anything drastic. He even jokes that they may now be friends.

This was a few months ago, and since then she hasn’t done anything drastic.

But this morning she opened a door for me before I even got to hold the handle, so maybe she’s becoming nicer HAHAHAHA FRIENDS NA KAMI (sana sana sana)

We’re not quite sure if this was a real incident or if it’s just a result of Gabe’s knack in storytelling. But if it were real, we really hope that the entity in Gabe’s room doesn’t bother him this holiday season. But until then, we wish you the best of luck with this, Gabe! 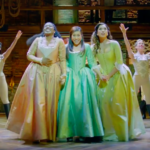 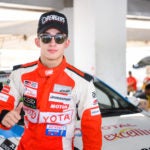 TOTAL Excellium caps off another exciting season of the Vios Cup