Meet Derlyn Roberts. She showed up at a press conference held by the Tampa Police Department (TPD) in Florida under the pretense that she is an interpreter of the American Sign Language (ASL) and proceeded to interpret as the Tampa Police announced the arrest of a notorious serial killer. 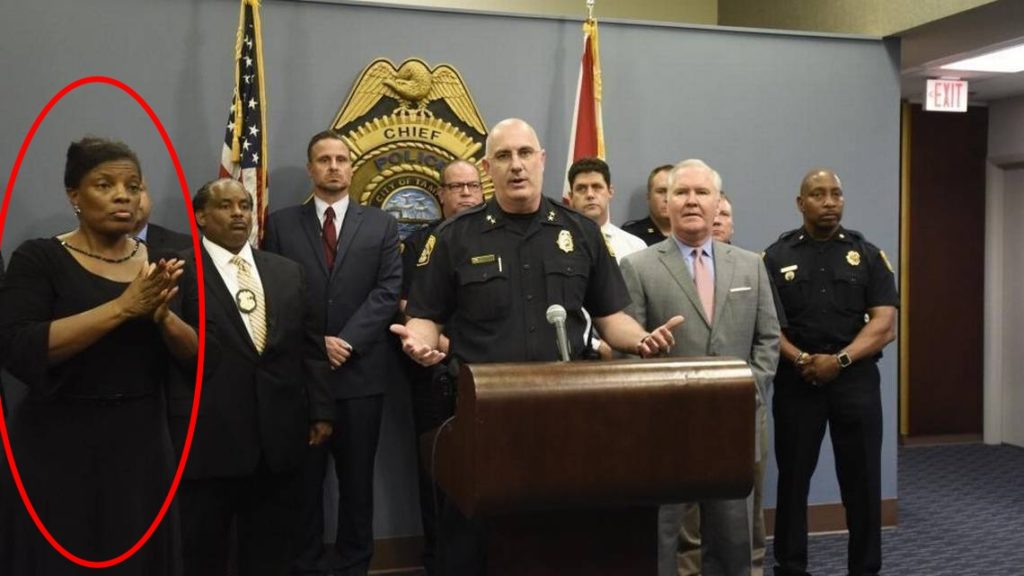 The deaf-mute who were present in the press conference (including the mother of one of the victims of the serial killer), however, were left completely baffled because Roberts was signing gibberish.

A spokesperson of the Tampa Police Department said that they regularly worked with a contractor to have sign language interpreters in similar events, and that they did not question

Roberts when she presented herself as the ASL interpreter sent over by the contractor they have always worked with.

We don’t know about you, but we totally get why they didn’t bother checking her credentials. Why would anyone pretend to be a sign language interpreter, right? It sounds like a very strange prank that will only confuse people rather than elicit laughter. And after knowing full story about the serial killer, you realize that it’s not funny at all.

After US media outlets published this story, it was discovered that Derlyn Roberts actually has a criminal record and “was released from state prison last year after being convicted in 2012 for organized fraud over $50,000 and fraudulent use of personal information.”

This incident won’t be added to her police record, though, because even though pretending to be an ASL interpreter is an ethical violation, it is not a crime according to the TPD.

Watch the full, bizarre video below:

Woman cries over the Australian bushfire crisis, gets sexist remark– ‘are you on your period?’