Everyone who’s lived through the 90s know and quite possibly, even loved, the boy band phenomenon, Backstreet Boys. With hits like “I Want It That Way” and “As Long As You Love Me,” it’s not surprising that they made such an impact on the music scene then.

So when the news broke that Nick Carter allegedly raped a former singer, their fans were extremely shocked. 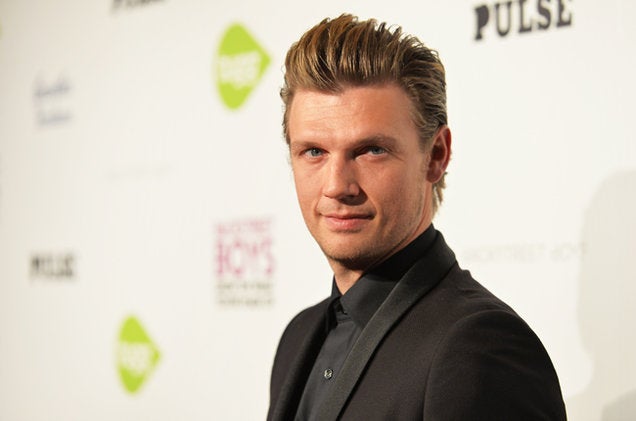 A member of American girl group Dream, Melissa Schuman, explained in detail what happened when Nick Carter forced himself on her. And just to warn all of you, this is going to be a bit graphic.

Schuman wrote in her blog, Melissa Explains It All, that Carter, who was 22 at the time, invited her to hang out with him and his friend in his apartment during a break from their shooting. She agreed and asked her roommate to accompany her.

She described they were casually hanging out in Carter’s barely furnished apartment. They were “laughing, talking, nothing out of norm.” But things started to get out of hand after Carter invited her into the office, turned off the lights, and they started kissing. She wrote, “After kissing for a moment, he took my hand and brought me into the bathroom adjacent to his office. He shut the door and we continued to kiss. I asked him what we were doing in there. He didn’t respond and continued to kiss me. He then pick[ed] me up, put me on the bathroom counter and started to unbutton my pants. I told him I didn’t want to go any further. He didn’t listen. He didn’t care. He told me, “don’t worry. I won’t tell anybody.”

Carter then proceeded to perform oral sex on Schuman. “I told him to stop, but he didn’t. So I turned off the bathroom light so I wouldn’t see anything. He kept turning the light back on because he told me he wanted to look at me. I remember[ed] thinking at that point that maybe after this he will just stop, but he didn’t.”

According to Schuman, Carter then brought her to another bathroom when someone in the house knocked on the bathroom door. This time, Carter forced her to perform oral sex on him. Though she declined, Carter insisted and said, “I did it for you and it’s only right you do it for me.”

But it didn’t stop there. Carter brought her to his bedroom and Schuman recalled the horrific ordeal of being raped at the age of 18. She wrote, “He threw me on the bed and climbed on top of me. Again, I told him that I was a virgin and I didn’t want to have sex. I told him that I was saving myself for my future husband. I said it over and over again. He whispered in my ear as to entice me, “I could be your husband.” He was relentless, refusing to take my nos for an answer. He was heavy, too heavy to get out from under him. Then I felt it, he put something inside of me. I asked him what it was and he whispered in my ear once more, “it’s all me baby.”

Many fans were quick to turn to Twitter to share their thoughts and opinions after this story made the headlines.

Some were quick to defend the former Backstreet Boys member. One even went so far as calling Schuman an “attention whore.”

I can personally vouch for #NickCarter and his character w/ women. I used to mess around w/ him in NYC back in the crazy days. He’s actually very shy w/women. Take my word for it. Hi @nickcarter remember me???

Very confused why #MelissaSchuman would post a video 2 months ago saying the music by the #BackstreetBoys make her “feel better” & “brings back the warm & fuzzies?” #NickCarter #BSB #Dream Play YouTube video at 4:00- https://t.co/10ErjeTqyy

I'm outraged about the accusations against Nick Carter. I can't believe this. Shame on you people for just assuming this is true. Get facts before you trash someone and even then you don't do that. #NickCarter #peoplearecruel

Melissa who? Another attention whore! You just need to see that face to know she's a liar. It's hilarious to see how many dumb people are out there who believe everything they read. I bet half of these so-called victims are liars. #NickCarter

While others dismissed Carter and are generally abhorred by the acts he’s allegedly done to Schuman.

Holy shit the number of people sending Nick "the rapist" Carter "support and love" makes me want to throw up or scream. I hope none of these people ever have to experience the trauma of being raped. #nickcarter

Don't worry, I won't tell anybody. https://t.co/nEAgjctJwt via @wordpressdotcom

For all of u defending @nickcarter
Fuck off
I don’t care that his music is ruined for me now
I’m furious about all the music @MelissaSchuman could have been making this whole time
I loved Dream!
Believe women
Your childhood nostalgia < TRUTH#MeToo #NickCarter #Rapist

As of the moment, the allegation is still being investigated by proper authorities. We only hope that justice will prevail in this situation!