Back in 2013, kids and teens from all over the world uploaded their versions of the Harlem Shake meme online.

From Facebook to YouTube, you’ve LITERALLY seen many of your friends dance to the beat of the Harlem Shake tune on your online feed. Four years have passed since this viral hit broke the internet, but we still wonder: who started the Harlem Shake trend? Where is he now? And what inspired him to create such a weird thing that’s got people shaking what their mommas gave them?

Viewers can still see Pink Guy pranking bystanders, trying out absurd tricks and randomly busting a move in public. Just like the Harlem Shake meme video, his new content is just as funny. Don’t believe us? Check this out:

But Pink Guy isn’t the only persona Miller embodies on his YouTube channels. In fact, he’s got two other personas, namely Filthy Frank and Joji (himself).

As Filthy Frank, Miller expresses some radical opinions regarding pop culture… and he does so in a light, humorous manner. For example, here’s his take on online users today:

Finally as himself, Joji Miller explores his artistic side by releasing original Hip Hop and R&B tracks in the channel 88rising.

Whatever his persona is at the moment, Miller is definitely a triple threat you won’t want to mess with.

And now we do the Harlem Shake! 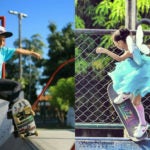 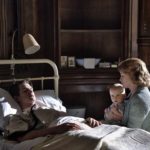