Day 3 of the 19th Siargao National Surfing Cup got under way yesterday morning at 6:30 am, as dawn revealed an increase in swell size and some of the perfectly shaped glassy barrels that Cloud 9 is famous for rolling in over the reef, allowing the remaining heats of Round 1 to be completed and 10 heats of Round 2 to get done and dusted by late afternoon. 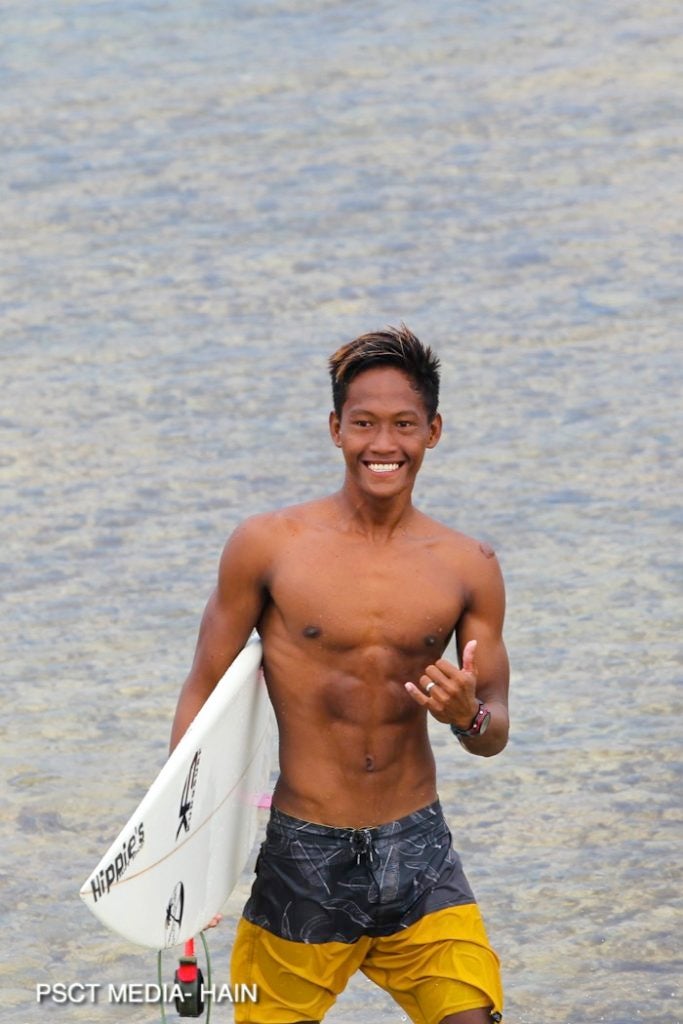 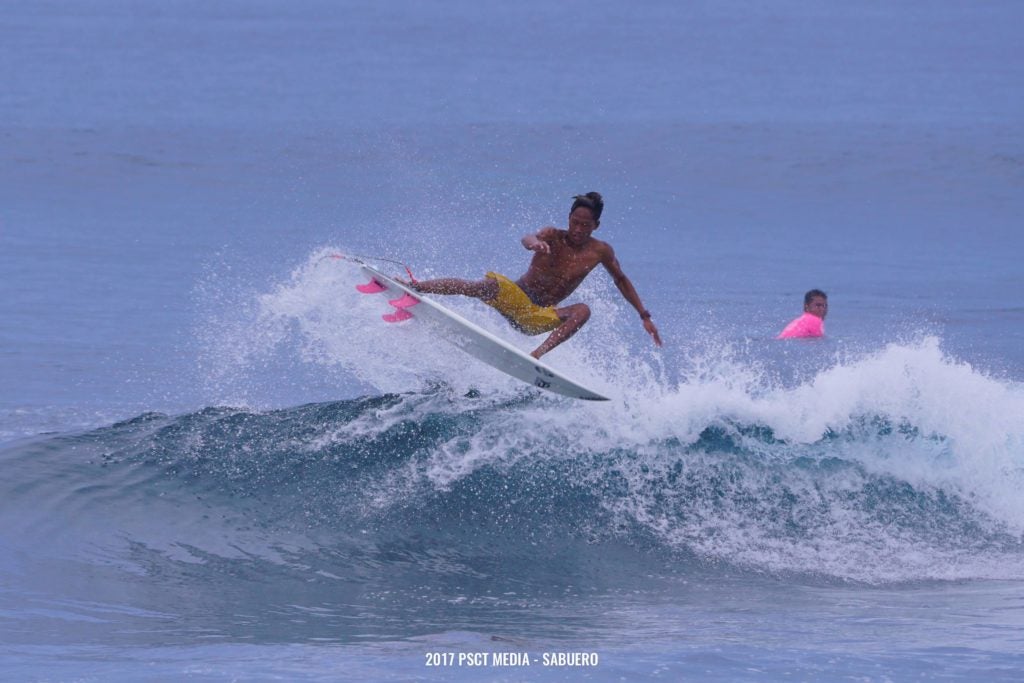 The highest total heat score of Round 1 came from Cloud 9 local Eduardo “Tata” Alciso, who racked up an amazing 16.75 score for his impressive combination of maneuvers that started out with a deep barrel ride which he exited cleanly then carving a deep cutback, setting up for a  launch towards a frontside 360 aerial and landing it perfectly.  Cheers erupted in the Cloud 9 tower and then again when the judges rewarded him with a 9.0 score (out of a possible 10 points), the best wave of the contest so far. 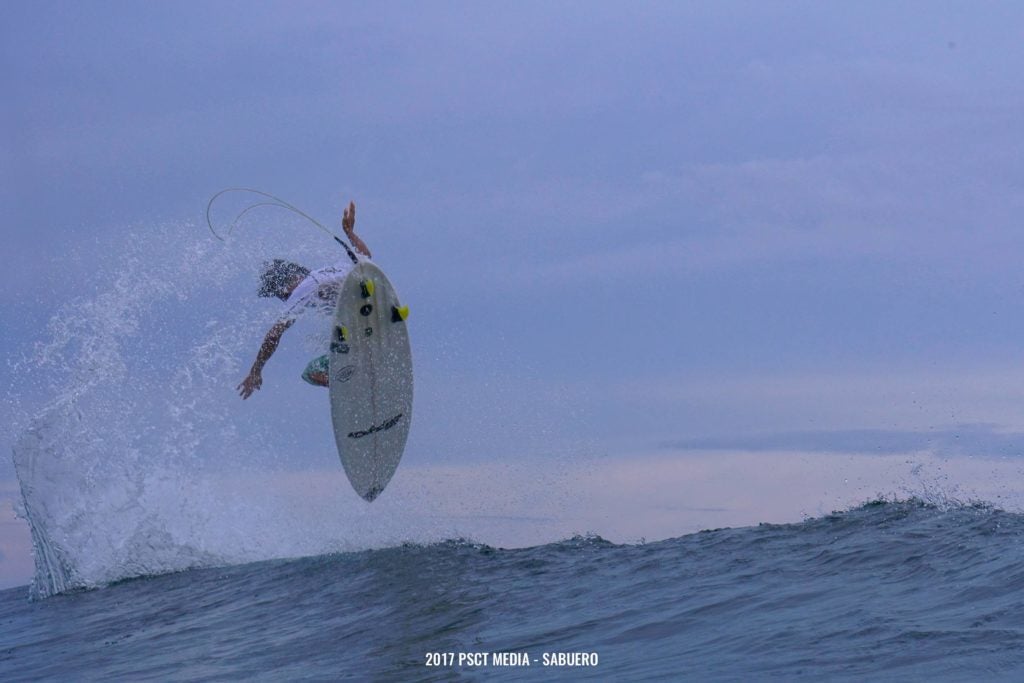 The next highlight was Peter Paul Alipayo’s showstopper, where he surprised everyone by executing a critical backside 360 on the inside during the dying seconds of his heat, landing it so smoothly; many failed to realize what had happened. The judges gave him a 7.75, which got him into first place and advancing on to Round 3.

Former grommet big wave charger from Catanduanes Island, Johnny King, put up an impressive performance during Heat 28, unleashing a series of powerful snaps to earn an 8.75, the second highest single wave score of the day, which gave him a ticket to advance into the next round. 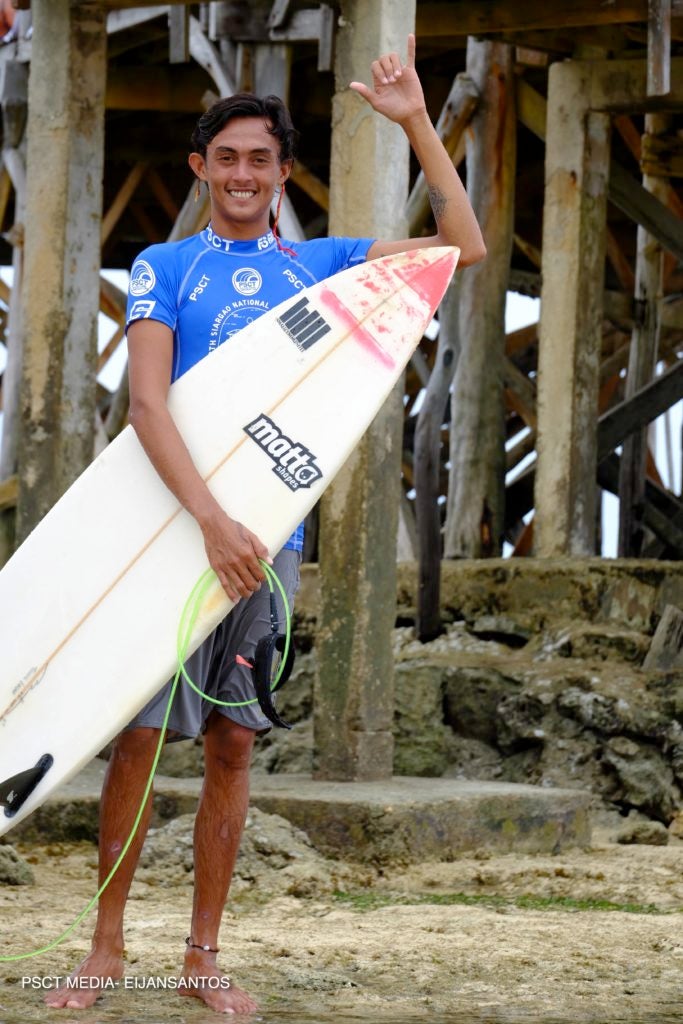 “First time ko sa Cloud 9. Sobrang excited talaga ako mag compete dito. May mga magaganda talaga akong nakitang barrels and maneuvers kaya inisip ko kaya ko din ‘yun. ‘Yung iba nagawa ko and ‘yung iba hindi ko na-kumpleto pero okay lang.” (This is my first time in Cloud 9 and I was really excited to compete here. I saw some beautiful barrels and maneuvers before my heat and I thought I could do that, too. I was able to complete some maneuvers and some I didn’t, but that’s okay.), explained Johnny King. 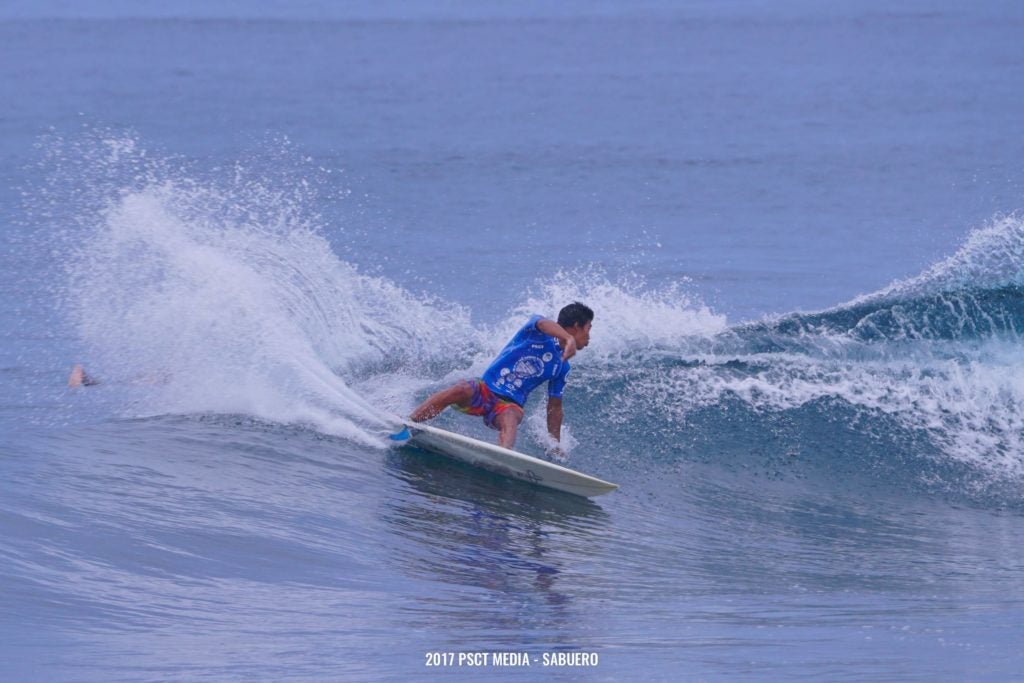 Meanwhile, local favorite Mike Canon posted a 12.75 total heat score by consistently delivering powerful snaps and roundhouse cutbacks on each wave he took. Canon took the lead in the dying minutes of Heat 28 against Johnny King, who came in at second place. 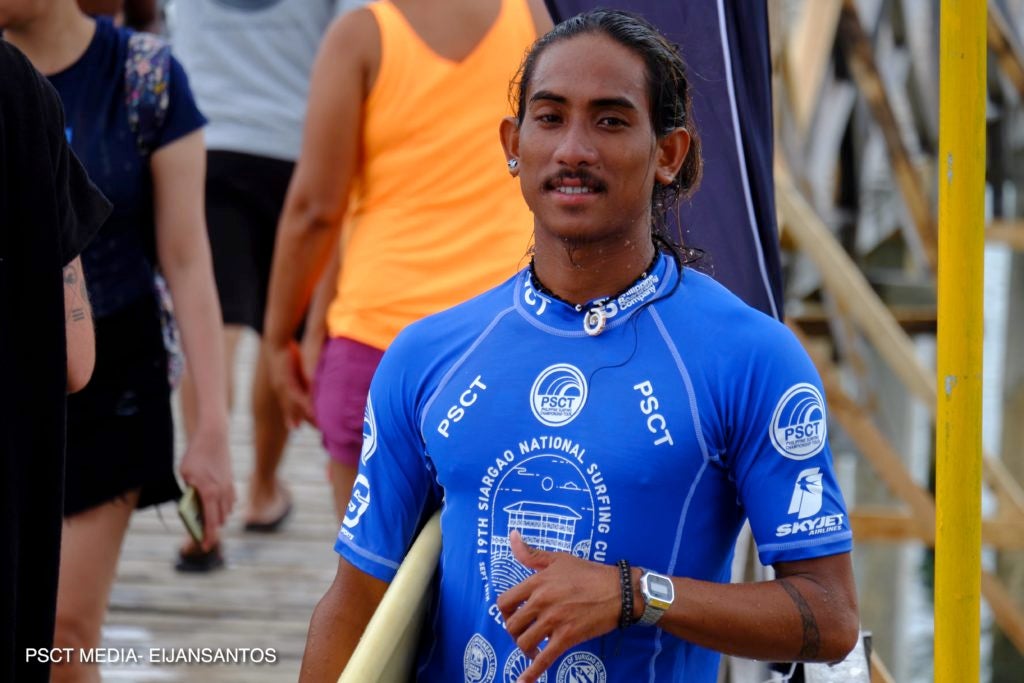 John Louie Farinas, the pride of the town of San Antonio in Zambales, also advanced to Round 3.

Today, will see another full day of competition and hopefully the swell will stay up so Round 2 can be completed and Round 3 started as well.