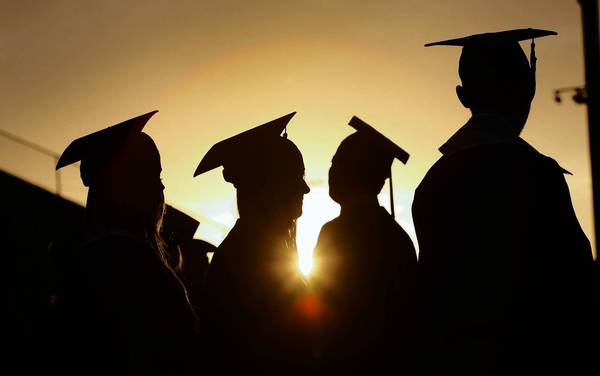 Does graduating from a top university really make you instantly ‘hirable’?

If you’re one of those who graduated from one of the top universities in the country — UP, ADMU, DLSU, UST — and you’re assuming that all companies are out there to hire you, you’re probably living a lie. Because honestly, some companies don’t give a f*** where you came from as long as you’re qualified for the job and you have an awesome working attitude.

A Facebook post shared by ADMU Rantbox went viral after an anonymous sender shared his/her frustration about how “Ateneans aren’t getting hired for the good jobs.” ADMU Rantbox is an outlet for Ateneo De Manila University students to anonymously share their rants and sentiments about their school or almost anything in between.

The post basically went on and on about how Atenean graduates aren’t “…getting snapped up like lechon at a fiesta” despite it being one of the premier universities in the country. It also talked about how the sender doesn’t understand why it’s easy for some to land a job and hard for someone like him/her who did everything right and graduated with flying colors.

Netizens were quick to call out the anonymous sender for being “self-entitled” and for thinking that graduating from a notable school gets anyone a free pass at any job. Sometimes, when you do well in school, you’d think that finding a job would be a piece of cake. All you have to do is submit your résumé and everyone will see how good you are at what you do.

As someone who graduated from a government-funded school in Manila, it was also hard to get into the industry that I wanted to be a part of. I have to admit, I also used to think that schools where you graduated from would weigh on your chances of getting hired and I was pretty intimidated by those who studied from the “big four.” During some of my previous job interviews, I had to explain what my school’s acronym stands for — PLM for Pamantasan ng Lungsod ng Maynila. Those who have never heard of it will even ask where it is located.

Back when I was looking for an internship, I’ve spent a great deal of time and effort completing one company’s elaborate requirements but ended up not getting picked as one of their interns. Later on, I discovered that their previous interns all came from a specific prestigious school and I understood why I got rejected.

But then I got accepted at one of the top advertising agencies in Makati which didn’t care about their applicants’ educational background as long as they were qualified, driven, and willing to learn from their company.

Job hunting after college can be really frustrating. When you’re down to your 40th interview and no one is still giving you “the call,” you get anxious and you panic. Seeing your friends online posting how happy and successful they look with their jobs makes you question everything. You ask how it’s easy for them to get in when someone equally qualified as you gets rejected. Then you get exhausted at people who can’t give you a definite answer or guidance on how to land a job.

But it’s never the same for everyone and some probably had it worse than you before they got their first job. So here are some things you might consider before ranting about how unfair life is for people like you who’s having a hard time finding a job:

Just because you graduated from the best school doesn’t mean you’re the best contender out there. You’ll be surprised to see people out there who are better than you even if they’re from a school you’ve never heard of. An impressive résumé with a long list of accomplishments from a reputable school may land you an interview, but that will definitely not guarantee you a job — or keeping it, in case you land one.

The key is to show employers that you’re determined to learn and willing to work hard and contribute to the growth of the company. What you can offer the company is far more important than where your diploma came from.

One of the reasons why most fresh grads find job hunting difficult sometimes is because they always aim for the big ones — companies that most of the workforce are fighting for. The “don’t settle for anything less” kind of attitude — thinking you only deserve a high-earning job title at a big company — is probably why you’re still out of a job at the moment. It’s true that while choosing the right workplace to start your career is important, your options should not be limited to industry giants. It’s okay to start small and work your way up to get to your goals.

Customize your CV/resume and your cover letters.

Your cover letters along with your résumés and CVs give employers an insight about you before you even get an interview. Everything written on your CV or résumé reflects your personality, your abilities, and your qualifications. Some like it formal while some are more impressed with CVs that shows your personality and creativity.

One of the worst things you can do in a job interview is to come unprepared and know nothing about the company or the position you’re applying for. Researching about the background of the company gives you an insight on how you should answer questions like “Why do want to work here?” or “Why should we hire you?” With almost everything present online, it’s easier now to look up a company, its business, and even your interviewer. You can also search for people who are working at the company on LinkedIn who might have common contacts with you and maybe put up a good word for you!

Present yourself as someone who can be an asset for the company.

Saying “something about yourself” does not mean bragging about everything you’ve accomplished. Talk about your qualities that can contribute to the growth of the company. By all means, share relevant stories about yourself that will give the employer an impression that you can be an asset to the company.

Provide portfolios that will back up your stories.

Making a job yours is like winning a case in court. You can’t just present an argument without providing evidences to  convince the judge. Bringing some of your previous works, (be it a school project or a sample work as long as it is related to the position you’re applying for) gives the interviewer a basis for determining your skills and what you can offer.

Employers don’t only scan you through papers, but also through your personality.

Probably the main reason why some applicants don’t pass interviews is because employers don’t see them as someone who’ll work well with their current team. Being qualified for the job through your competencies is one thing, but having a great working attitude and personality is another.

According to Forbes, “Employers want to hire someone who will help their team succeed — someone who is passionate, knowledgeable, and not afraid to give it their all. They want new hires who are eager to learn, can think critically, and will contribute ideas that take them to the next level.”

Employers consider your personality and your attitude towards work far more important than your set of skills and accomplishments. Because at the end of the day, they can easily pass your résumé to a shredder and call on the next applicant who is equally competent but has a personality that suits their team better.

Having “post-graduation anxiety” happens to many fresh grads whose life don’t turn out the way they thought it would be after college. Ranting about your ill-fated job search isn’t going to serve you a job offer on your lap, but revisiting what you should improve on based on your previous interviews might. And just like the iconic line from The Hunger Games goes, “May the odds be ever in your favor.” 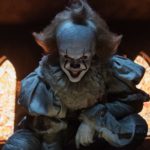 Bill Skarsgard as predator Clown Pennywise in “IT” 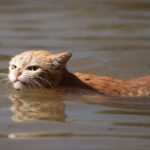