As a student, everything pays off as you get to see your name on the list of graduating students after years of hard work and sleepless nights. Getting support and congratulatory messages from your friends, family, and receiving your diploma — that one piece of paper bearing your name and your profession — makes your heart swell and think that you’ve finally made it.

But receiving congratulatory banners and a hard-earned certificate with a public official’s name and face? Sure, it will make your heart swell too, but for different reasons.

Every year, it has become quite like a tradition for politicians to use events like graduation as means for self-promotion or premature campaigning. Commonly referred as “epal,” these public officials would sometimes go beyond lengths to involve themselves on matters that don’t actually need their presence; or always appending their names on banners or signage of public works and various government activities.

And on graduation season, this includes giving out certificates that has their face bigger than the name of the awardee.

Or a congratulatory banner made out of WordArt that according netizens, looked like a work of an elementary student back in the day. (Hope they didn’t have a hard time choosing what font and style to use. We all know that was one of the hardest decisions we had to make before.)

People are expressing their frustration online on how these politicians continuously try to steal the thunder from graduates every year and even make these students’ achievement about them. Thinking that the fund used to make these materials came from our taxes, people expect better than sloppy banners and premature campaign materials in the guise of congratulatory messages.

Facebook user Benj Sagun, who posted a photo of Mayor Joseph Ejercito Estrada’s WordArt banner, told InqPOP! that he finds it quite alarming that these politicians are using graduation to build their name up for the upcoming elections.

As a member of Concerned Artists of the Phils (CAP), he said that creating an effective publicity material should still have a high regard or respect to art and it surely doesn’t involve adding a politician’s face on it. Graduation, after all, is a celebration of one’s academic excellence and not a promotion of an elected official’s political agenda. 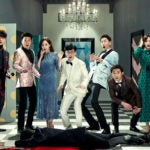 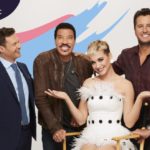