Last March, we published an article on how teens reacted to Linkin Park’s latest single Heavy featuring Kiiara. The teens’ reactions were hilarious since they were not initially told who was the band in question. The song ended up receiving mixed reviews from them!

READ: You wouldn’t guess how fans reacted when Linkin Park breaks the habit with “Heavy”

A few days before the release of their latest album One More Light, Fine Brothers Entertainment dedicated another episode of their REACT series with Mike Shinoda of Linkin Park giving his feedback to how teens reacted on their single.

And guess what, it was doubly hilarious! Not everyday do you get to see bands’ reactions to people’s comments and feedback to their music — old and new, right? So this video is definitely golden. 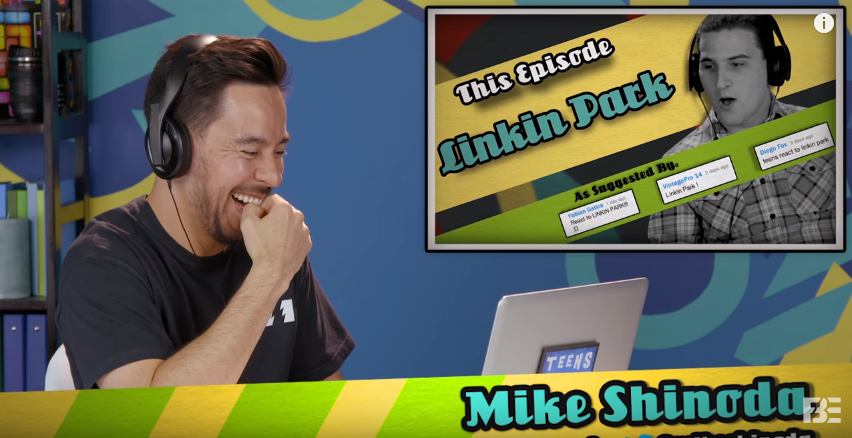 As the video started playing, Shinoda couldn’t help but say: “I like that the first three people are convinced that they don’t know who it is.” (laughs)