We may have been too carried away by a lot of “hugot” ads these days that most advertisers are putting up everything they’ve got to give us all the feels. But KFC is changing the game with its latest ad that seems to be “out of the bucket.”

You know KFC is cooking something good (and not just chicken) when three veteran actors have come together in one video, auditioning for the same role: KFC’s First Filipino Colonel.

In the video, Ronaldo Valdez, Leo Martinez, and Pen Medina show off what they’ve got to be fitting for the prestigious title.

Ronaldo Valdez shows off his uncanny resemblance to KFC’s Colonel Sanders and netizens seem to agree that they do look alike! When he started wearing the all-white suit, seriously, you’d think that he might be Colonel Sander’s lost twin brother.

Leo Martinez on the other hand goes full-on Batangeño and gives us his iconic “gayon” acting. Ala e, Pak, gayon! He may not look like Colonel Sanders as much as Valdez did but he definitely has that goofy Filipino personality we want to see!

And then there’s Pen Medina who at first thought he was auditioning for an actual Colonel role and gives us his best military acting. Sure, he’s known for his iconic villain characters, but he definitely showed his funny side without trying too hard here.

KFC will reveal who among these three veterans will be hailed as KFC’s First Filipino Colonel on May 29. The choice is tough and everyone seems to have their own bets. But some think all of them are qualified while others are nominating other people for the role.

Well, whoever it’s gonna be, what we know is that playing KFC’s First Filipino Colonel will be “chicken” to any of these three. 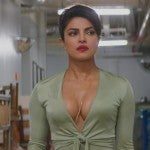 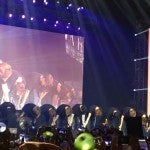 7 Things to Remember from BTS’ Wings Tour In Manila