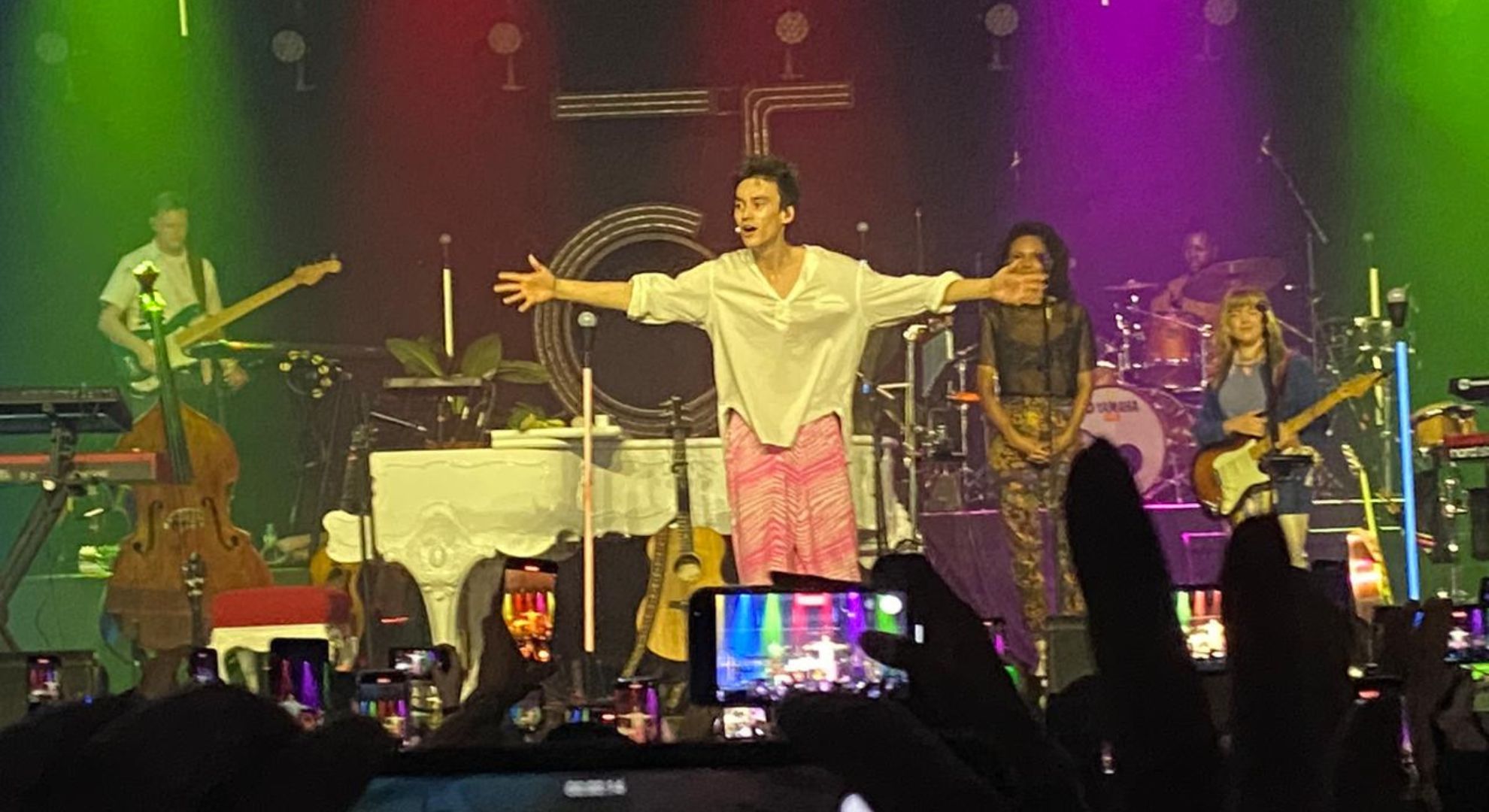 In his video commentary titled What Makes a Virtuoso?, YouTube personality and music teacher Rick Beato makes a case for judging musical virtuosity: “It’s not how fast you play. It’s what you play when you’re playing fast.” If it’s any indication, English musician Jacob Collier would suit that term—he can rip out dizzyingly fast piano runs while using extensive reharmonization techniques, playing around with chord voicings and almost weird chord substitutions.

It’s this staggering ability to reimagine and reinvent famous songs which makes Collier a true-blue jazz artist and practitioner of the genre’s time-honored edict of improvisation, this writer observed, as Collier dazzled thousands of fans at the Filinvest Tent, Alabang, Wednesday. 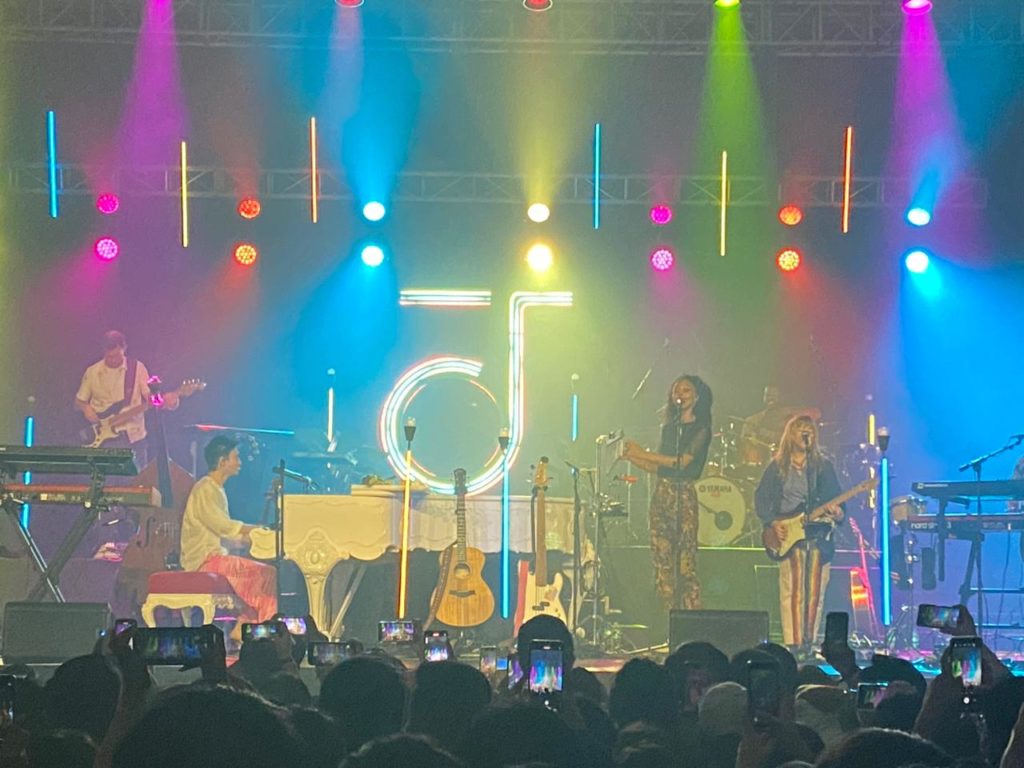 “This is my 78th show. But I still try to challenge myself,” Collier quipped, as he synthesized three of his own songs into a medley: “Sleeping On My Dreams,” “With The Love In My Heart,” and “In My Bones.”

In every performance during his DJesse World Tour, he tries to reinvent one song spontaneously, on the fly. In standard Jacobean fashion, what comes out doesn’t replicate the original song; the musical DNA is there, but it’s residing in a new house– the meat and bones rarely resemble the old.

To jazz observers, Collier’s gift as a master improviser links him to a long lineage of jazz luminaries: Miles Davis, Thelonius Monk, John Coltrane, and Herbie Hancock, the latter Collier considers his musical mentor. Talking in an interview, Hancock shared what Miles said to him when he was stuck in an artistic rut: “Don’t play the ‘buttah’ (butter) notes.” [Miles was referring to the 3rd and 7th notes of a chord, as these notes give away the chord name. He consciously avoided playing them during his solo improvisations. -ed.] 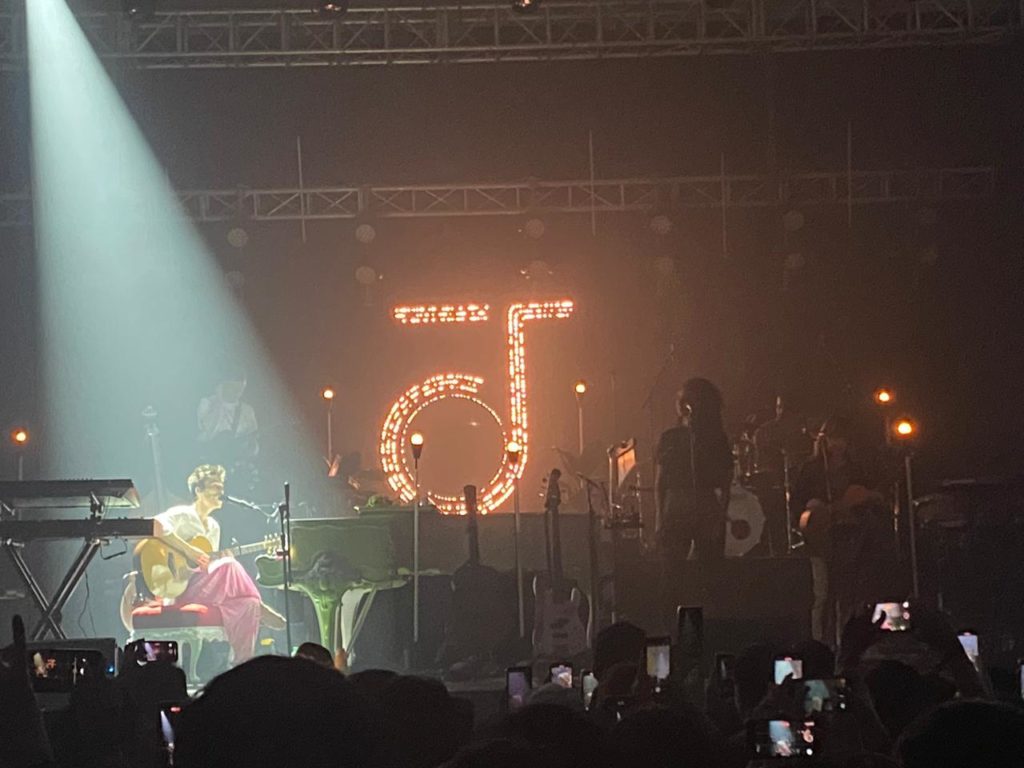 Collier might have followed that advice with reverence: You rarely hear the young whiz venture into familiar places, into root notes. He’s like a frenetic musical scientist testing different harmonic ideas. He preferred chord inversions, belting his baritone voice through a vocal synthesizer that spat out four different tones simultaneously, imbuing his set with traces of vaporwave, chillwave, and electronica.

That is not to say Collier fans weren’t treated with their favorite tunes. Stand out tracks include: 1) “Hideaway,” a modern folk-pop single from his 2016 album In My Room, reminiscent of cult folk hero Vashti Bunyan without the intermittent bass drops, and the almost ethereal lyrics: “Take me anywhere you want to go / You know that my love is strong / In my hideaway;” 2) “Can’t Help Falling in Love,” the Elvis Presly crooner Collier turned into a vaporwave-ish track, what with the vox synths altering his pitch; 3) “All I Need,” his collaboration with Brit pop singer Mahalia, a stomping, upbeat party rager, smoke-machine-blaring, confetti-in-the-air classic, replete with microtonal deviations from Collier; 4) “The Sun Is In Your Eyes,” an acoustic piece reminiscent of “Vincent” by Don McLean, if only for the first verse melody and Collier’s finger plucking pattern; 5) The aforementioned “With The Love in My Heart,” a schizophrenic R&B song, strewn with spastic drum patterns and reverb-drenched bass lines, with some gospel harmonies and Afro-Cuban rhythms thrown in the mix. Think big choruses of 90’s hip hop, only to get blasted by the controlled chaos of Swedish jazz fusion/funk outfit Dirty Loops. 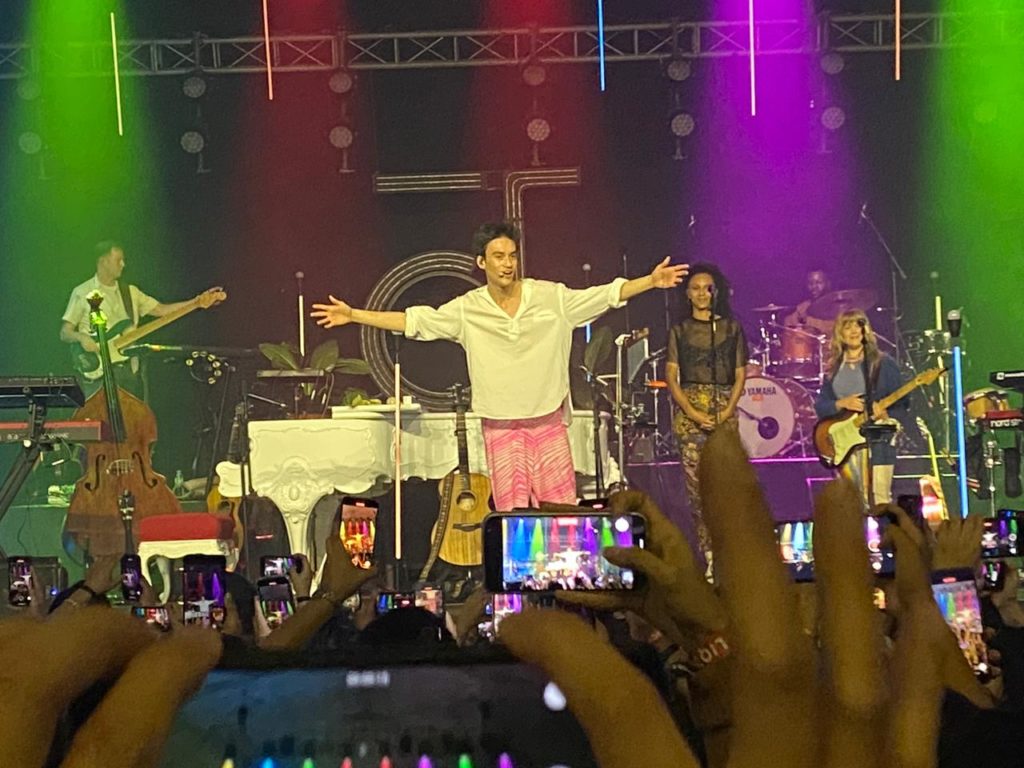 For sure, the band exhibited intense chops and grooves in the R&B/neo-soul song, “Time Alone With You,” Collier’s collaboration with Canadian songwriter Daniel Caesar. The track exuded equal parts Erykah Badu, D’Angelo, and the entire roster of The Soulquarians.

Aside from handling multiple instruments and being adept at playing them, Collier is known for inviting his audiences in a call-and-response, becoming impromptu choir ensembles. During the encore, Collier whipped up the crowd into singing multi-part orchestral harmonies, to the tune of Queen’s “Somebody To Love.” It’s astonishing to hear multitudes singing different notes in perfect unison, enough to make one’s arm hairs stand up. Perhaps, this communal chanting is deeply ingrained in us, passed down by our ancestors through ancient rituals, a primal, natural urge for building and strengthening community. That, or maybe the magic of music.

In the world of contemporary music, Jacob Collier is a musician’s musician. A young jazz extraordinaire endowed with immense musical prowess, who could fuse multiple genres at his disposal, an embodiment of youthful energy, flailing and jumping on stage, donning a bear hat (is that Thelonius Monk-inspired?), but who also happens to churn moving pop songs with deceptively complex musical structure.

Years from now, there’ll be a new Filipino artist influenced by Collier, another musical prodigy gifted with perfect pitch. Until then, we’ll marvel at the Jacobean magic. 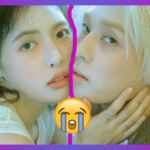 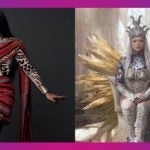