After 12 years in the industry, Nica del Rosario has had her fair share of limelight having worked with some of the country’s top musical acts like Sarah Geronimo, Nadine Lustre, Yassi Pressman, Daniel Padilla, and others. One of the songs that she co-wrote, Tala, even reached the top of Billboard’s music chart in early 2020. That said, as an artist, Del Rosario isn’t unfamiliar with topping the charts, with her original composition: Rosas” (“Pink”), is a track that was originally intended as a personal ode to Vice President Leni Robredo, who ran a memorable presidential campaign during the most recent elections. The song received over 8 million streams in 3 months and reached places in several music charts thanks to the inspiration and hope that were sparked during the campaign period, making it one of the best-selling tracks of 2022 in the Philippines.

With that, this upcoming December 3, Nica del Rosario is setting yet another milestone with her ‘Balang Araw’ concert which will also be her 12th-year celebration as a singer-songwriter.

The concert will be held at Power Mac Center Spotlight in Makati at 8:00 PM, with some of its proceeds going to Angat Buhay foundation an NGO partner. The guest artists that will be performing at her 12th Year Celebration Concert “Balang Araw” will be, Ogie Alcasid and Johnoy Danao joining in to lend their serenading talents, along with Del Rosario’s co-writers of the digital musical series: ‘Still’, Matthew Chang and Mike Shimamoto. Also, with Del Rosario’s partner of 7 years, now wife: singer and actress, Justine Peña. The show will also be opened by fellow FlipMusic artists: Mat Olavides, DJ and senior producer of FlipMusic, also being the producer of Kay Leni Tayo/Angat Buhay Tayo, Tagu-taguan by Sarah G, and more, then we have Rap Sanchez, also a senior producer at FlipMusic and the music arranger for Rosas and Balang Araw, joining also is Penelope, an up-and-coming singer-songwriter that has written and recorded several singles like Tag-Ulan, Sulyap, and One Day. 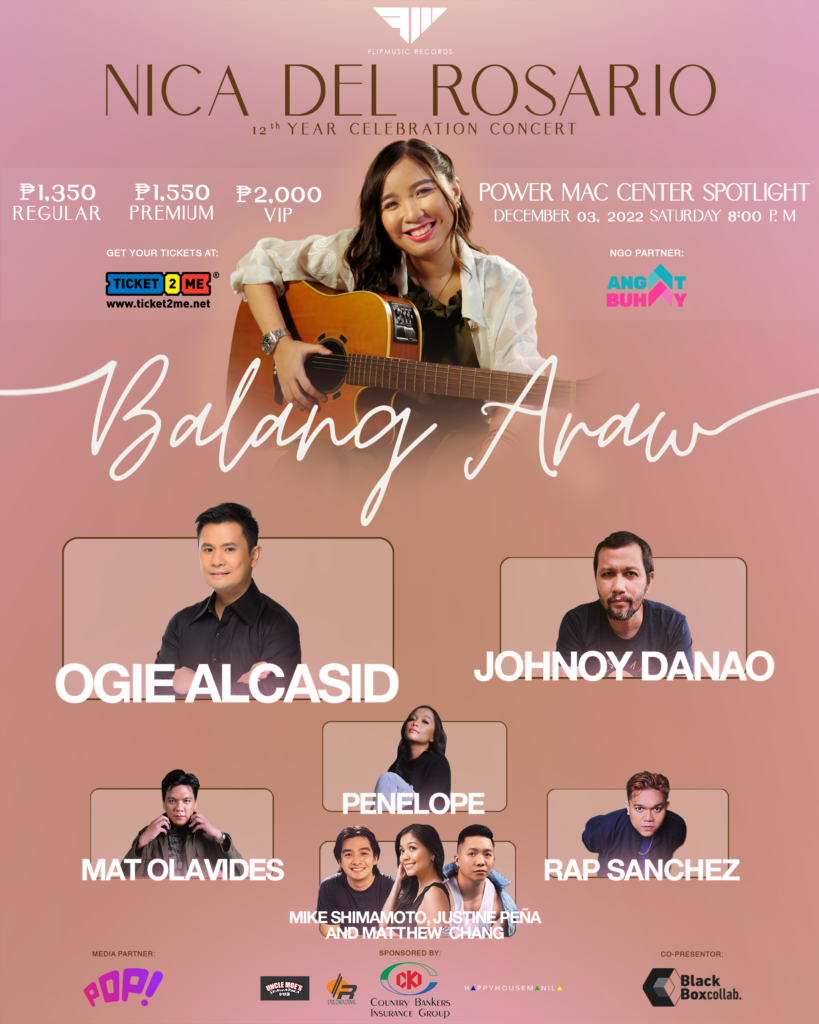 In light of her recent career highs, Del Rosario remains introspectively appreciative of her opportunities, recounting her steps as an artist trying to break out into the music industry and how it contrasts with where she is today.

“I’m very nervous about the upcoming concert. Before the campaign rallies, I’d only ever played in small bars and intimate gigs, and the stage fright never really goes away. At the same time, I’m very grateful to have the opportunity to celebrate a milestone this way, and I’m thankful for the team and everyone working so hard to make this possible. I hope to do well so all their effort, time, and energy won’t go to waste.” Del Rosario said.

The namesake of the concert ‘Balang Araw’ is Nica del Rosario’s most recent single about the conflicting feelings that a member of the LGBTQIA+ community feels when they feel joy in falling in love, but also sadness in knowing they’re not acknowledged by some sectors of society. However, it’s also about the glimmering hope that the acceptance of love being love regardless of gender, race, or religion becomes an accepted truth someday. 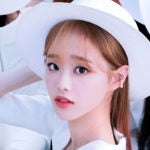 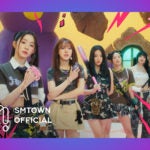